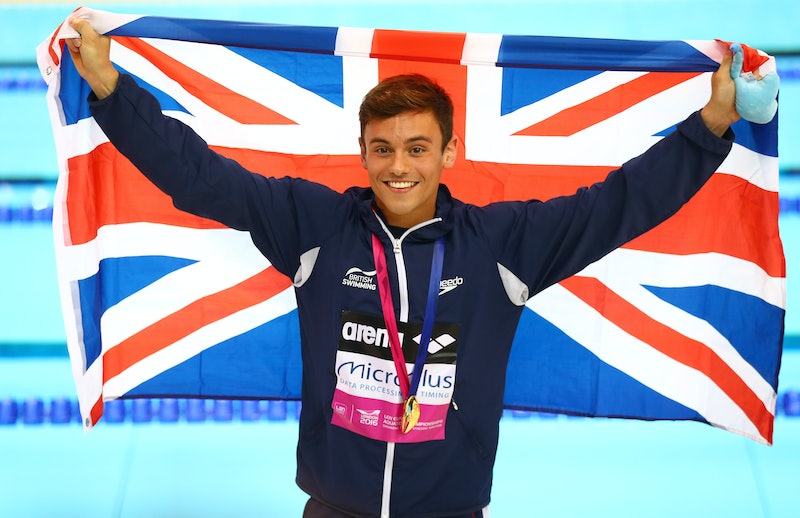 With the 2016 Summer Olympics right around the corner, it's important for fans of the athletic games to know which athlete has Snapchat. What better way to get behind-the-scenes footage of the historic event than through the eyes of those competing in Rio de Janeiro, Brazil? Granted, they may not have time to share a lot of snaps, but that doesn't mean they won't. With that, there may be one particular diver for the Great Britain team you are curious about in terms of the latest and greatest social media tool. Does Tom Daley have Snapchat?

The answer to that question isn't exactly cut and dry. It appears that the 22-year-old diver does have Snapchat. However, his username remains a mystery. After researching Twitter, it seems like Daley has yet to announce his Snapchat name publicly. What the heck, Daley? You better share it, STAT, and in time for the Summer Olympics. I mean, how are your fans supposed to stay in touch with your during your third time at the games?

Maybe he only uses Snapchat to keep in touch with close family, friends, and his fiancé Dustin Lance Black, but I'm sure his fans would appreciate knowing his account name. All that said, it seems like some pros may have figured out his Snapchat identity. So, if you want to follow Daley, his name just might be "thomasdaley94." It's still unclear if this is the real diver, but I guess you could follow this person and find out.

There are also others on Twitter claiming that this person has opened some of the snaps they've sent to him or shared on their stories.

Again, who knows if that's true, but it's pretty clear that Daley's fans are all about him and Snapchat. I mean, this tweet says it all.

All of that confusion aside, there is good news. Daley posts a lot on his other social platforms, including YouTube, Facebook, Twitter, and Instagram. So, if you're afraid you aren't able to get your Snapchat fill of him, especially during the Olympics, there's no need to panic — there are other ways to see what he's up to in Rio.