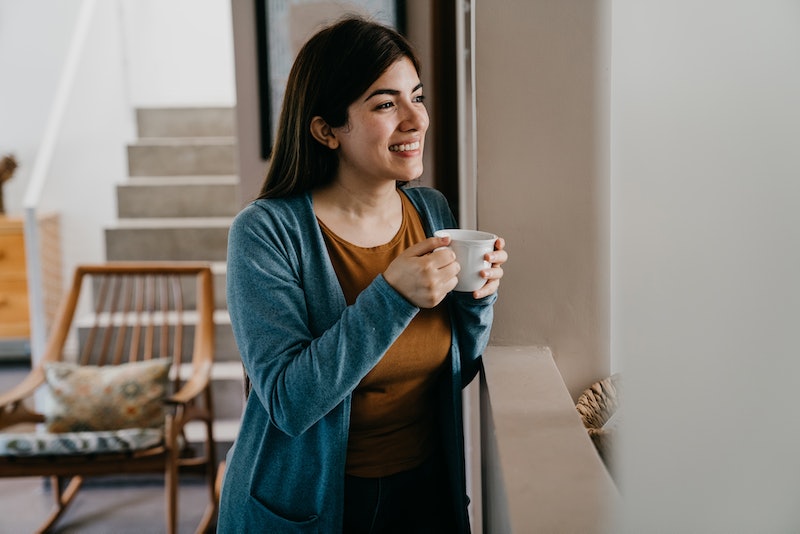 It's common wisdom that certain stages of your life are more stressful than others; you'd be hard-pressed to find someone who enjoyed going through puberty or a divorce. Sometimes, however, surprisingly stressful life events sneak up on you — one minute you're excited about the prospect of living rent-free with your parents, and the next, you're being judged by an audience of dust bunnies as you sob on the floor of your childhood bedroom, surrounded by unopened boxes.

It might sound unlikely, but research has shown that long-term stress has deeply detrimental effects on your state of mind, not to mention the physical side of things. Some people are more easily stressed out than others, but even the most even-tempered person cracks under pressure eventually. In the 1960s, psychiatrists Thomas Holmes and Richard Rahe noticed that patients across the board tended to report more illnesses during certain periods of their lives. After conducting a study asking nearly 400 participants to rank different events by they amount of stress they caused, the pair published their results in the Journal of Psychosomatic Research. In this paper, they described the Social Readjustment Rating Scale (SRRS), which identifies the most stressful events. Decades later, psychologists still refer to the SRRS when researching the effect stress has on our lives.

Many of the worst offenders on the SRRS are common sense — the death of a spouse tops the list, followed by divorce and marital separation — but there are a few findings that may surprise you at first. Here are seven oddly stressful life events.

Moving is officially The Worst, capital letters very much necessary. According to a 2015 study, nearly two in three people rate moving homes as the most stressful event in their lives. It's not just your own moves that make you want to tear your hair out, either; it pops up in a number of different ways on the SRRS. Highest on the list is "gaining a new family member," which includes an older adult moving in.

Although retirement may seem like an excuse to finally relax, it's still a transitional period, and major life changes are inherently stressful, even if they're welcome ones, too. The SRRS lists retirement as the tenth most stressful life event, but it should be noted that a 2013 study called this assumption into question.

Changes in your work environment pop up a number of times on the SRRS, whether it's getting fired, changing careers or even a promotion. Long story short? People are super resistant to change.

There's a reason the vast majority of New Year's resolutions fail. Quitting smoking might be good for you in the long run, but changing your habits often proves to be harder than you'd think.

The SRRS cites "major change" in your sleeping patterns as a source of stress, and further research indicates the relationship goes both ways: If you're strsessed, you'll probably have sleep problems.

If you've ever felt like you came back from vacation without actually having had a vacation, you're not alone. Whether it's a disagreement with your partner or simply poor planning, sometimes vacations are no less stressful than the daily grind.

Who am I kidding? You already know the holidays are the most stressful time of the year.