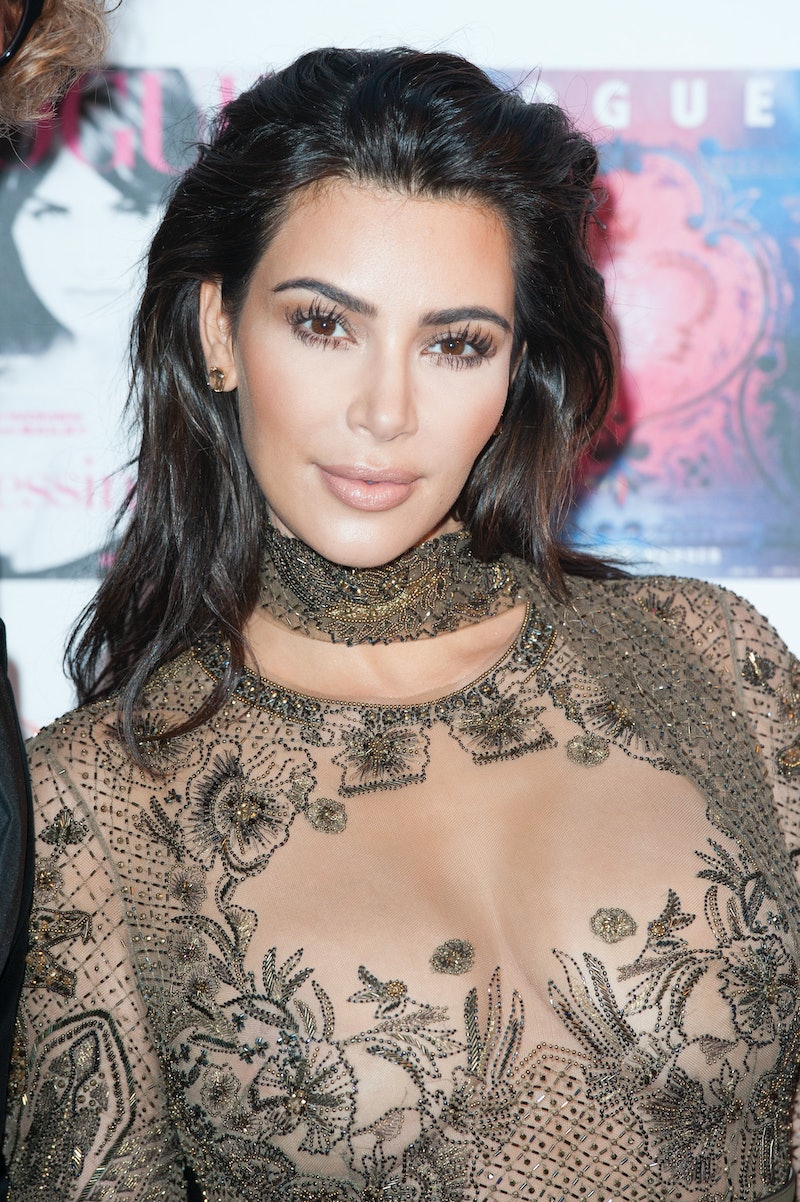 The one sure thing about the 2016 Democratic National Convention — other than the fact that Hillary Clinton will officially become the Democratic nominee for president — is that it will be jam-packed with celebs. Everyone from Katy Perry to Demi Lovato to Chloe Grace Moretz have announced that they will be in attendance at the DNC, which will be held in Philadelphia beginning on July 25. With all of the star power that the convention will hold, it's only natural to wonder if certain fan favorites and A-listers will make an appearance. Namely, will Kim Kardashian be at the 2016 DNC?

Kardashian has been outspoken about social justice issues (recently writing an impassioned call-to-action about #BlackLivesMatter), and has also discussed her support of Clinton. Back in January, she and husband Kanye West attended a fundraiser in support of the presumptive Democratic nominee and even got a selfie with the former FLOTUS — which Kardashian captioned, "I really loved hearing her speak & hearing her goals for our country! #HillaryForPresident."

The two later selfied it up again on The Ellen DeGeneres Show, where Kim K's angle tips and Lumee phone case helped score the perfect selfie for the campaign trail (well, one that just so happens to have Kardashian in it, too).

Still, just because Kardashian has vocally supported Clinton does not necessarily mean that she will be in attendance at the DNC. For one, she has not yet tweeted that she will be there, whereas many of the other celeb attendees have publicly announced that they will be. However, she could be gearing up for the DNC after-party.

Back in 2012, when her star was certainly shining brightly but she wasn't quite the bonafide A-lister she is today, Kardashian hosted the official DNC after-party and told E! News why it was important to her.

"I always think it's like really important to help others get informed," she said at the time. "Voting is such a personal decision. No matter what [party] you are."

"I have my own personal beliefs," she continued. "Everyone does. I think it's just important to be informed to vote."

If Kardashian will be at the 2016 DNC, it looks like only time will tell.