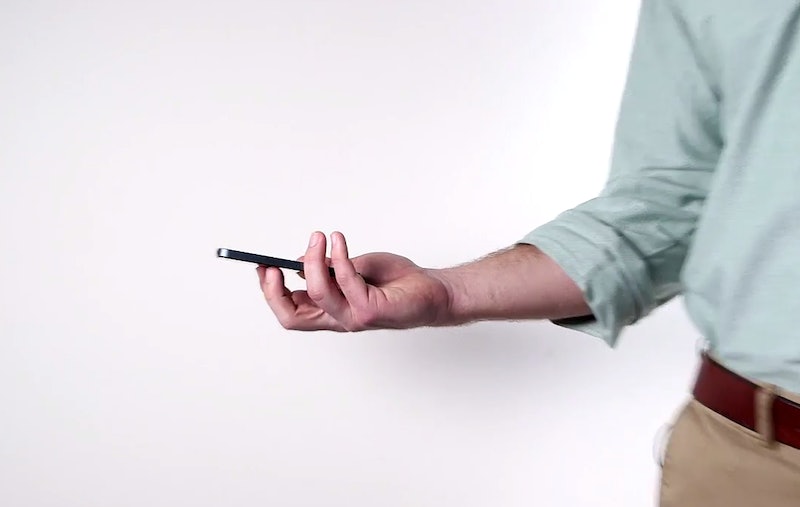 Find yourself in an awkward situation? There's an app for that. No really, there is. It's called Tickle and it's currently in beta testing. Basically, the app works by using the accelerometer on your iPhone to detect any "awkward motions" such as awkwardly stroking, flipping, or tickling the phone's surface. When the app detects you doing any of these things to your phone it sends you a fake phone call, complete with a name and photo you select. From there you can fake the conversation however you want. Maybe you're urgently needed back at the office. Maybe you just need to duck away for a few minutes to "take this call real quick" and clear your head. The possibilities are endless.

The Tickle app was designed by Alex Cornell and Phil Mills, but to me it sounds more like a gift from the gods. I mean, it's a built in, foolproof excuse to get out of anything. I have been looking for that my whole life. At a party that turned out to be lame? Good news, your roommate just called, she locked herself out of your apartment. Made the mistake of talking to your super pro-life cousin at Thanksgiving? Hey, I'd love to finish this conversation about fetal heartbeats, but I should really take this. Ran into your boss out and about in daily life and now neither of you knows how to end the conversation? Oh look, I'm getting a call, but see you Monday.

And, actually, there are probably lots of ways you could use this thing. I mean, since you get to choose a name and a face, you could use this same technology to convincingly fake that significant other in Canada. Or you could just use it to make yourself seem more popular than you are. Or trigger a bunch of calls for the purpose of ignoring them and making whoever you're with feel special, or any number of other nefarious purposes.

Before we all get our hopes up, though, Quartz is reporting the app is a fake, although they don't explain anything about why they think so. No other sources are calling it a hoax just yet though, so we can all live in hope. Because seriously, this needs to exist. Even if it is a hoax, someone needs to make it for real.

And, until word comes down one way or another, I'm choosing to believe the testimonials from the (hopefully real) beta testers who call it, "pretty amazing," or "weird as hell but useful too." And in one case reports, "it got me out of my board meeting, and anything that can do that deserves a medal."

You can currently sign up for Tickle's waiting list to ensure that you are notified when or if it becomes available to the public. And if there is any justice in the universe, that day will come soon.