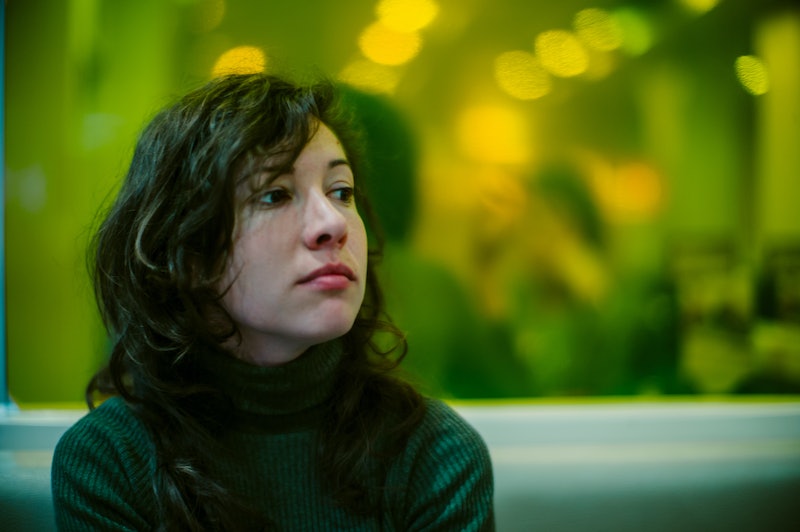 What are you envious of? A person who's got a book deal? Somebody with an apparently perfect relationship? That one friend who keeps getting up the career ladder with apparent ease, as opposed to your own fruitless efforts to get a promotion? It turns out that the psychological roots of envy run extremely deep, and may have helped us develop as a species. But it's not a particularly pleasant emotion, and attracts a lot of social shame; we're supposed to be pleased when somebody else succeeds, but as we'll see, our brains often just don't work that way. So what's the real story behind envy and its function in the brain?

First, let's get a little bit of definitional work out of the way: envy is covetousness, the desire for something possessed or displayed by another person and the accompanying pain that you yourself don't have it. Jealousy is something different; you're jealous of things you want to keep. A jealous husband, for instance, is jealous of his spouse, wanting to keep him or her to himself. We now use "jealous" to mean "envious" in a lot of contexts ("you're going to Spain? I'm so jealous!"), but it's not technically correct. We're usually envious of things to do with status or possessions, though, as we'll discover, what we envy changes significantly with our age, gender, and social status.

Here are seven things to do know about how envy works in human psychology. Next time you grit your teeth with misery at how well a friend's brother is doing at his dream job, take comfort in the knowledge that science says it's only human.

1. It May Serve An Evolutionary Purpose

Why on earth do we feel envious? Wouldn't it be nicer for everybody if we were able to contemplate somebody else's material gains, pretty wife, awesome house or general success with peace and celebration? Well, possibly not. One theory about envy's existence in human psychology is that it developed as part of our evolution as a species, to provide the basis for our competitive edge.

The basis for envy is wanting what another person has, and it's proposed that it's not actually an unhelpful thing to feel; it's a part of our development of what Psychology Today describes as our "self-evaluation," in which we compare ourselves to others and compete with them. We assess rank and status compared with other humans, and the theory goes, as Richard Smith explains in The Evolutionary Psychology Of Envy, that "envy has played an important role in humans' quest for the resources necessary for successful survival and reproduction over the course of evolutionary time". Envy motivates us to strive to take what another person possesses, achieve it for ourselves, or better it; and all these impulses were pretty good ones when it came to guaranteeing the survival and evolution of early humans fighting for resources. Next time you're bitten by the envy bug, be aware that it may be part of a very ancient part of your brain.

2. It Could Be The Foundation Of Our Ideas Of Justice

There's an ongoing argument in philosophy about what envy actually does to our perspective on the world and how it functions. When did you first feel envious? Was it in the playground, watching another child have something and deciding that you wanted it? For some thinkers, including Freud, this is a seminal moment in our development of "fairness": the Stanford Encyclopedia of Philosophy explains that, according to this argument, envy motivates us to seek a more egalitarian arrangement, so that one person doesn't have more than us and make us feel bad. We think this is "unfair" and seek to either take the desired thing for ourselves, or level the playing field. If one person has special treatment or gets away with something, we see it as problematic because we want it for ourselves and can't have it. Kind of depressing, really.

3. There Are Two Different Types Of Envy

A series of psychological studies have shown that envy can actually be divided into two different emotions in humans, and lumping them all together might not be entirely accurate. A Dutch researcher, inspired by the fact that there are actually different words for envy in the language, sought to define what the differences might be, and found two different strands: malicious envy and benign envy. His study asked huge cohorts of people to recall an instance in which they felt envy, to quantify their emotions surrounding it and the person they were envying, including their sensations of resentment. Participants were then given a "schadenfreude test": they were asked to imagine that the subject of their envy had suffered a setback.

Malicious envy, it turns out, is focused on the person who's achieved the envious thing, and is associated with resentment, annoyance, actively wishing that they could be deprived of the wished-for thing, and, yep, a heathy dose of schadenfreude when they f*ck up. Benign envy, on the other hand, is more general: people who felt this generally thought that the person they envied deserved the achievement, didn't feel ill will towards them, and targeted their envy more generally towards the envied object itself, not the person who got it. It's an interesting distinction that's apparently recognized in Brazilian, Russian, and Dutch, among other languages.

4. It Feels As Bad As Physical Pain

It turns out that we're not imagining just how terrible envy feels; it can, indeed, make us physically ill or pained. And we know this because of a fascinating study revealed in 2009, in which scientists did brain scans of subjects as they were asked to imagine themselves in social situations in which they were confronted with people who were enviable (wealthy or powerful friends, for instance). The scientists found, the New York Times reported at the time, that when people admitted to feeling envy, "brain regions involved in registering physical pain were aroused: the higher the subjects rated their envy, the more vigorously flared the pain nodes in the brain’s dorsal anterior cingulate cortex and related areas." In other words, the brain actually registers physical pain when we're in situations of envy, much as it does when we're heartbroken or experiencing social rejection.

5. Young Adults Feel The Most Envy

If you think of envy as an emotion that had a strong role in your teenage years and young adulthood, you're probably not wrong. A study of 1600 people aged 18 to 80 by UC San Diego researchers published in 2015 found that the young are more likely to feel envy towards other people than the middle-aged or elderly, and are much more likely to envy their peers than those outside their age group. Roughly 80 percent of the interviewed group aged under 30 reported at least one strong feeling of envy in the past 12 months, but it declined to about 69 percent in the over-50 crowd. Time clearly doesn't cure envy, but it seems to blunt it a bit (or your willingness to admit to the emotion, at least). The researchers also found that people are most likely to envy those of their own gender, and that what sparked envy shifted over time; young people were more envious of romantic success, while older ones were more envious of money and professional accolades. Envy shifts with our status as we become more established and our priorities change, which makes perfect sense.

6. Social Media Is Connected To Higher Levels Of Envy

Scientific American reported something sobering in March this year: we've known for a while that extensive use of Facebook seems inclined to foster depression, and new studies have established that, for young people particularly, the impetus behind that drop in mood is largely motivated by envy. One study looked at college students and found that when exposure to Facebook — which is largely a platform (like Instagram) on which people "perform" their successes, travels, weddings, children and other achievements — provoked envy, it was also likely to lead to low mood. This isn't surprising; a lot of envy can produce a "why not me" set of emotions. And a second study found that it's how we use Facebook that produces envy and negative feelings: what they called "passive" use, i.e. lurking and watching other people rather than interacting, was the dangerous mode.

7. It Could Be Behind Feelings Of Prejudice

A fascinating study about feelings of racism and other kinds of social prejudice found that envy is actually intertwined with a very particular form of negative bias: viewing people as seriously good at what they do, but fundamentally untrustworthy or insincere. The findings came from a study of how people "rank" or assess other people, and divided the sensations they recorded into two parts: warmth, or how trustworthy and kind a group were seen to be, and competence, or how capable and organized they're supposed to be. The scientists found that one particular way of assessing a group, as exceptionally "competent" but not at all "warm," tended to feed off envy. The very wealthy, Jewish people, and Asians were all put in this category: prejudice against them was rooted in envy of their apparent excellence and how little they seemed to "deserve" it. It's a nasty reflection on how badly envy can go in the human psyche.