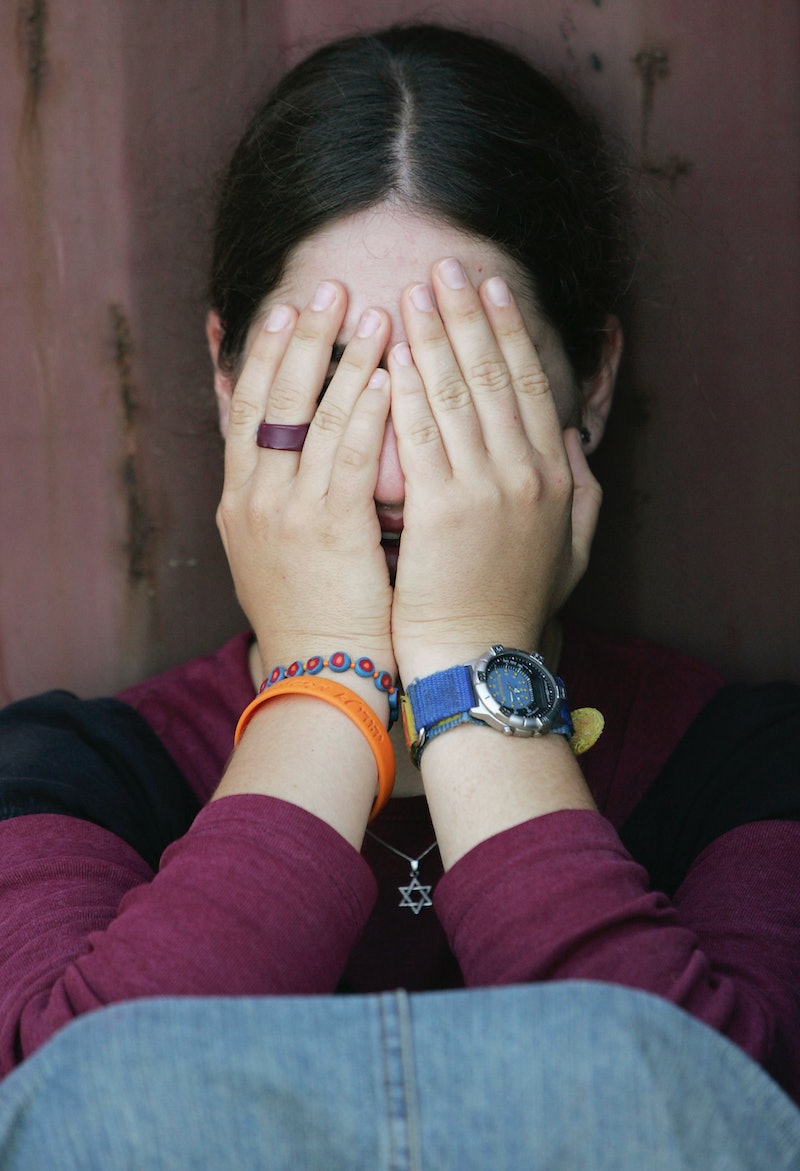 If you’ve surfed feminist websites long enough, you’ve probably seen the words “trigger warning” or “content note” at the top of a blog post before. These messages, used to alert readers of specific themes in an article that may trigger an array of physiological and mental symptoms, are becoming more common in mainstream media, and one writer at The New Republic is pretty pissed off about it.

You see, the trigger warning has now meandered its way from the feminist blogosphere to college courses. After hearing the story of a University of California-Berkeley student (and rape survivor) who was triggered by a sexually violent film shown in class, student leaders unanimously passed a resolution to urge professors to include trigger warnings on class syllabi.

Predictably, critics of trigger warnings claim that these small, innocuous notes at a top of a blog post “limit free speech.” At The New Republic, Jenny Jarvie suggests that “there is no rational basis for applying warnings because there is no objective measure of words' potential harm. Of course, words can inspire intense reactions, but they have no intrinsic danger.”

What Jarvie fails to recognize, though, is that words link together to form sentences. Which then become stories. Those stories are sometimes horribly graphic, telling the stories (true or fictional) of people who are raped, murdered, tortured, and systemically oppressed. For people with similar experiences, these stories bring back horrible memories of past trauma, often without warning.

Imagine that you’re just be-bopping along at your job, doing your thing, and some jerk shares a story on Facebook of a child that was abused in a particularly horrific way. If you have any kind of heart, these photos put a real damper on your day. When you’re a survivor of child abuse, though, these stories aren’t just a bummer. They can often be the cause of very serious psychological effects.

As Melissa McEwan writes at Shakesville, “To say, 'I was triggered' is not to say, as it is frequently mischaracterized, 'I got my delicate fee-fees hurt.' It is to say, 'I had a significantly mood-altering experience of anxiety.' Someone who is triggered may experience anything from a brief moment of dizziness, to a shortness of breath and a racing pulse, to a full-blown panic attack.”

Some people may experience physical symptoms, including vomiting and fainting. Others may experience personality dissociation. Whatever the effects, being triggered is an extremely traumatic experience for people who suffer from post-traumatic stress disorder and other mental illnesses.

The suggestion that people are being overly sensitive in desiring trigger warnings comes from a very privileged place. If you don’t suffer from PTSD and "trigger warnings don't matter to you," you should count yourself as very lucky. What you shouldn’t do, though, is demand that other people who have experienced severe trauma to just “suck it up” and get over it because you’re too lazy to add a sentence of text at the top of an article.

It’s not like the idea of a trigger warning is unprecedented in the world of media. Sometimes on television shows, a “this scene may contain content that is disturbing to some viewers” message appears before an extreme scene. If the blogosphere wants to be a compassionate place for survivors of violence to consume media, it should follow suit.

No one, not even the people who most ardently support trigger warnings, is trying to suggest that writers not cover difficult topics. No one is asking writers to censor graphic depictions of violence, rape, and other ugly realities. What they are saying, though, is that everyone deserves a warning when the content could be damaging to them.

More like this
An Honest Review Of The TikTok-Famous WalkingPad
By Kaitlyn Wylde
5 Crystals For Anxiety
By Megan McCarty
5 Crystals To Manifest Better Sleep
By Megan McCarty
Plan C Vs. Plan B: What's The Difference?
By Lexi Inks
Get Even More From Bustle — Sign Up For The Newsletter