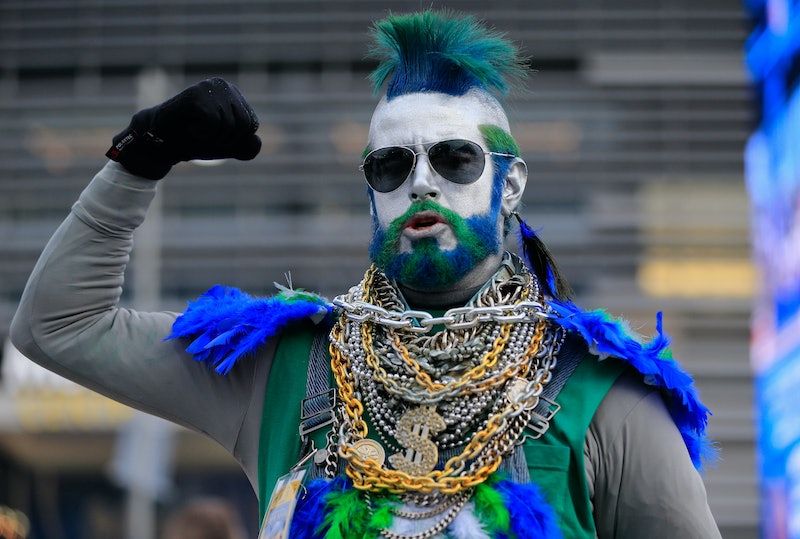 Whatever your feelings about beards, the School District of Philadelphia took a hard line back in Oct. 2010 when it implemented a policy preventing school police and security officers from having beards longer than 0.25 inches. Now, the Department of Justice is suing the district for religious bias against bearded employee Siddiq Abu-Bakr (not pictured,) a longtime employee who practices Islam. The complaint, which was filed Wednesday, says Philadelphia's school district violated Abu-Bakr's civil rights by refusing to accommodate his faith.

According to the lawsuit, school police offer Abu-Bakr said that as a member of the Islamic faith, he's required to keep his beard untrimmed. Before the policy was instituted, he'd kept his beard uncut for 27 years, and, according to the DOJ complaint, had done so "without evidence that the maintenance of an uncut beard has interfered with his job performance."

But when Abu-Bakr told his supervisor he couldn't cut off his (epic) beard, he was allegedly given a written reprimand, claiming he had violated the policy.

After that, Abu-Bakr filed a religious-discrimination complaint with Equal Employment Opportunity Commission, and the EEOC's Philadelphia office eventually took the complaint to the DOJ. If the DOJ's lawsuit is successful, the School District of Philadelphia would be forced to reform the grooming policies to accommodate religious beliefs, which could set a nationwide precedent.

This lawsuit comes two months after the Pentagon changed its rules to accommodate for religious wear, including beards.

An informal poll on philly.com has asked, "Should Philadelphia school employees be allowed to wear long beards for religious reasons?" So far, just under 3,000 people have voted: 623 said "yes," 2101 said "no," and 46 were undecided.