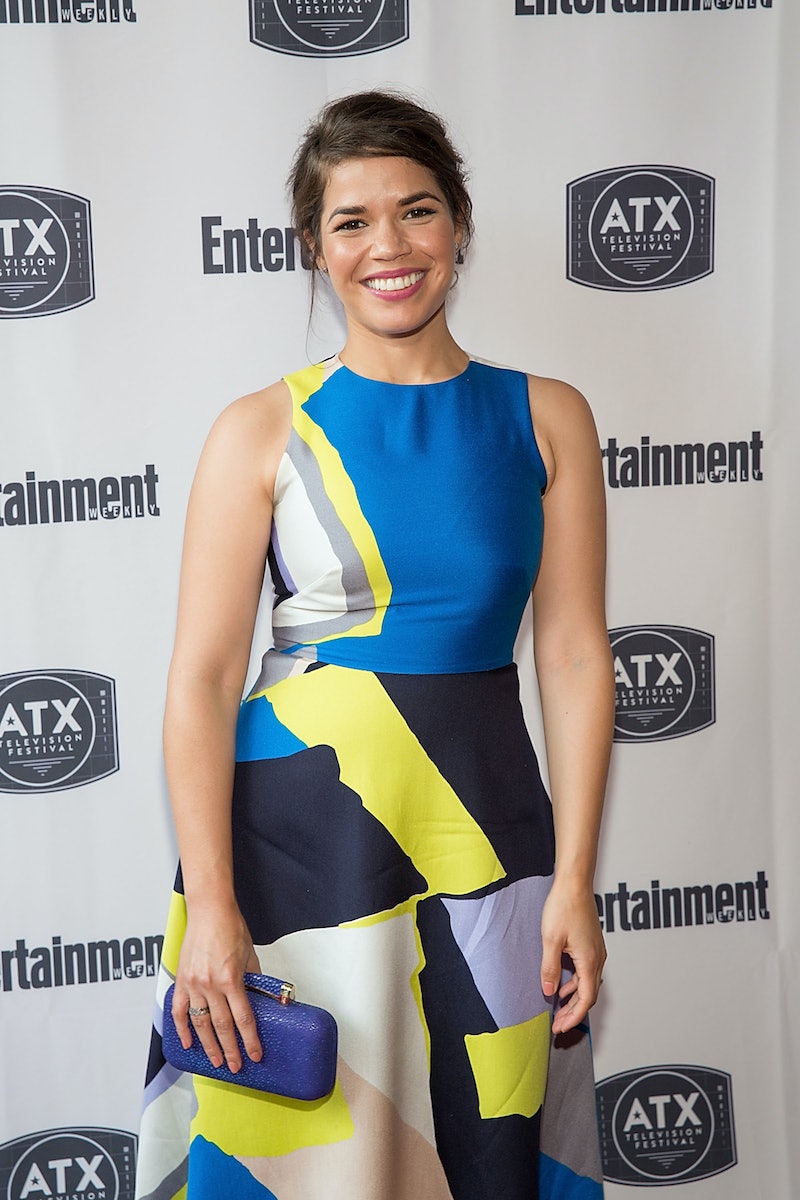 On Monday, the second major party political convention of the 2016 campaign season will be kicking off in Philadelphia, Pennsylvania, and it'll be a history-making affair ― the Democrats are set to officially nominate former Secretary of State Hillary Clinton for president, which'll be the first time a major party has ever nominated a woman. And, just like any political convention, there are going to be a parade of speakers, celebrities and politicos in attendance ― for example, America Ferrera will be at the DNC, and she'll be taking the stage in a speaking role.

Ferrera, 32, burst into national prominence as the titular character on ABC's Ugly Betty, and now produces and stars on NBC's Superstore. She's been a vocal supporter of Clinton in the past, and has never been shy about speaking out on matters of progressive politics ― earlier this week, in fact, she appeared on HBO's Real Time with Bill Maher to break down the events of the Republican National Convention, and her take was pretty straightforward: "lies, lies, lies, lies."

According to a post on her Instagram account, which thanked Clinton for making the appearance possible, Ferrera confirmed that she and her friend and fellow star Lena Dunham will be speaking at the DNC next week.

In the run-up to the Republican National Convention, there was a lot of conversation about it being a celebrity-focused affair, especially from the world of pro sports ― GOP nominee Donald Trump explicitly brought up names like New England Patriots quarterback Tom Brady, who's called Trump a "good friend," and former NFL quarterback Tim Tebow, a vocal Christian throughout his playing days. Ultimately, however, there wasn't anyone even close to that level of prominence in Cleveland ― you could argue the most famous celebrity at the RNC (outside of Trump, his family, and the political class, obviously) was Jon Voight or Scott Baio, neither of whom are exactly big draws these days.

The Democratic convention, on the other hand, figures to strike a blend of celebrities (including Ferrera, Dunham, and Chloe Grace Moritz), party leaders like Bill Clinton, Michelle Obama, and President Barack Obama, and speakers from different groups crucial to the Democratic coalition (like Mothers of the Movement). The whole convention program begins on Monday night, with speeches planned from the First Lady, Vermont senator and presidential runner-up Bernie Sanders, and immigration reform activist and DREAMer Astrid Silva.

More like this
Police Shove 'Full House' Star Jodie Sweetin At An Abortion Rights Protest
By Radhika Menon
How Getting An Abortion Has Changed From The ’60s Through Today
By Amanda Chatel
34 Quotes That'll Inspire You On Juneteenth & Beyond
By Syeda Khaula Saad and Siena Gagliano
How To Fight For Reproductive Rights, Based On How Much Time You Have
By Courtney Young
Get Even More From Bustle — Sign Up For The Newsletter