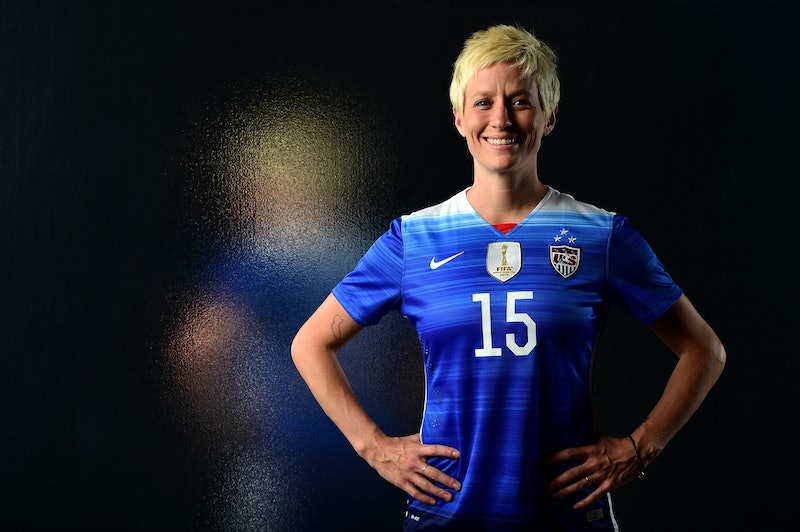 The 2016 Summer Olympics in Rio de Janiero are coming up in August and this year promises to bring a competitive, but inspiring set of athletic games. Soccer (or football) is famously the most beloved sport in the world and many eyes will no doubt be on the field throughout the 2016 Summer Olympics women's soccer schedule. The women's soccer tournament begins on Aug. 3 — the same day that the Olympic games themselves kick off — and will last until Aug. 19 and 20, when medals will be awarded, according to NBC Olympics.

According to FIFA, the Olympic women's soccer tourney will begin with group matches — the 12 teams from the participant participating countries have been divided up into three groups — and those contests will occur from Aug. 3 through Aug. 11 at various venues in Rio throughout the days, with matches happening as early as 12 p.m. ET and playing as late as 9 p.m. ET. You can check out that full group play schedule broken down by FIFA. The teams that make it out of the group play will advance to the quarterfinals, which are set to begin on Aug. 12-13 starting at 12 p.m. ET at various venues around Rio.

So between Aug. 3 and Aug. 20, you'll have a lot of women's soccer to watch on NBC and its affiliates. As you get ready to cheer on your favorite team, here are a few especially notable players to look out for.

Some athletes are so prolific that they only need to be referred to by their first name — and in women's soccer, that's Cristiane of host team Brazil. The 31-year-old powerhouse forward and professional player is appearing in her fourth Olympic games and she's aiming for a gold medal, after winning two silvers with the team in previous years, according to FIFA.

"Although people say we don’t have to go and win the gold, for me, as someone who has played at other Olympics, won two silvers and come close to the gold, I think we are obliged to win it," she told FIFA. "Playing at home with the fans on our side is going to give us a boost, but the demands will also be there. "

NBC Olympics reported that the midfielder can be one of the best players on the U.S. national team — when she's healthy, that is. Rapinoe suffered a torn ACL last December and hasn't played a match since. But she has been training with the national team this month and was added to the team's Olympic roster, so it'll be interesting to see how she performs.

For van Egmond, Team Australia is a family affair. According to FIFA, the professional midfielder is following in the football footsteps of her father, Gary, who played for the team in 1998 and is now an assistant coach. She has participated in two Women's World Cups and this is her first Olympics, which Gary has given her some advice about.

"[He said] it is a once in a lifetime opportunity, and to make the most of it," Emily told FIFA. "Not everyone gets to experience it, and it is something that doesn’t come around very often."

At age 26, the Swedish forward is already an accomplished professional player who has played in clubs in France, Germany, England, Russia, and Sweden, according to FIFA. She told the organization that she has high hopes for the national team in the Olympics and beyond.

“I think we have a really good squad,” she told FIFA. “It could be our year for the EURO in 2017 and I also think we can have a really good Olympics. We’re all really excited about going to a competition like this in a country that loves football so much.

The 24-year-old forward is not only a talented footballer, but she's also studying to be a journalist, reported FIFA and Zimbabwe's NewsDay. She decided to return to school when she realized it was hard to make living as part of the national team and decided to pursue a career in journalism. But right now, Neshamba's focus is on Rio and surviving their very tough group draw, which includes Canada, Germany, and Australia.

“Of course it is a tough group, and we will not be the favorites to advance to the next round,” she told FIFA. "But I think that leaves the pressure on the other sides. We are the underdogs, and all our opponents will be expected to beat us."

The 34-year-old player has been the goalkeeper for the U.S. national team since 2000 and she's very good at it. After winning gold in 2008 and 2012, this will be her third appearance at the Olympic games. We'll have to wait and see if she can go three for three in gold medals.

These are just some of the names to look out for during the 2016 Olympics women's soccer competition, which is sure to be a thrill from start to finish.

More like this
What Is Jeanie Buss' Net Worth? The Lakers President Is Uber Rich
By Hugh McIntyre
7 Exercises That'll Level Up Your Tennis Game
By Carolyn Steber
JoJo Fletcher & Jordan Rodgers Got Married In A “Playful & Fun” Wedding
By Grace Wehniainen
What Is Barack Obama’s Net Worth? He Makes *Way* More Now As An Ex-President
By Hugh McIntyre
Get Even More From Bustle — Sign Up For The Newsletter