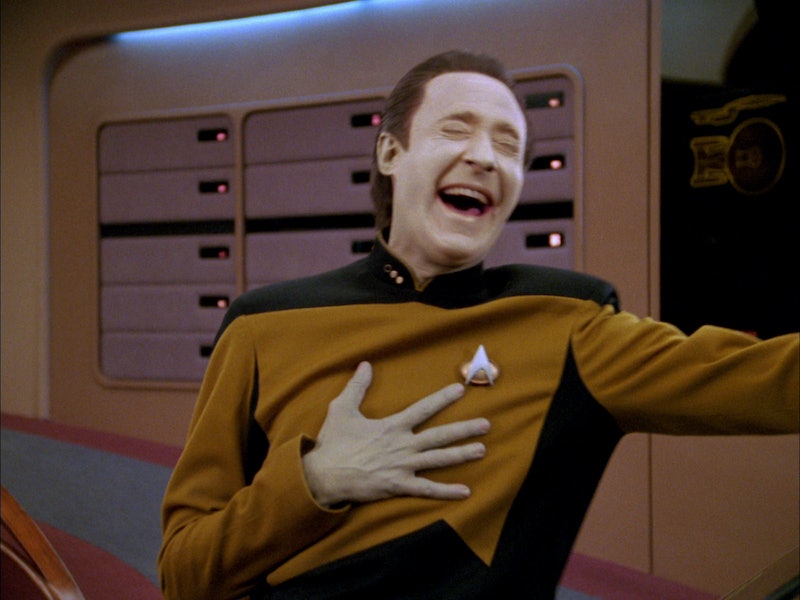 When June Rivas’s boss accused her of dressing unprofessionally and implemented a new restrictive dress code, Rivas decided that she was having none of it. Now, the office worker is using cosplay to protest the dress code, dressing up as characters from Star Trek, Firefly, comic books, and a variety of other sources when she heads to the office. Fortunately, though these costumes may be outlandish, they all just so happen to conform to her office’s new dress code. Lady, I bow down to your epic sass.

On July 21, Rivas posted 20 new photos to her Facebook page, along with an explanation of what’s been going on at her job. She recounted an ongoing conflict with her boss about her work attire, writing,

In response to her complaint, Rivas alleges that her boss created a new dress code. Rivas wrote that the new code bans everything her boss complained about previously, as well as “straps, hats, sandals, cleavage, back out, lace, and even (and I quote) ‘cultural head wraps.’” (I am no expert on employment law, but banning “cultural head wraps” seems extremely problematic, to put it mildly).

In her post, Rivas said that she has reported her boss to the Equal Employment Opportunity Commission. While the EEOC looks into her case, Rivas decided to go ahead to go along with the new dress code. She wrote, “I have come to work each day in an outfit that fits the guidelines she laid out...just...not QUITE the way she expected.”

To put things in perspective, Rivas says this is what her typical (non-approved) work wear looks like:

And this is what her new dress code-compliant work clothes look like:

She’s also gone to work dressed as Zoë from Firefly, Sue Storm, Princess Amidala, Storm from X-Men, Bob from Bob’s Burgers and a variety of other awesome characters.

In a comment on the original post, Rivas says she’ll be breaking out some fairy and angel wings next week. SLAY, GIRL.

More like this
11 Trends From The ‘90s That Made You Feel So Cool
By Julie Sprankles
Iris Law's Skunk Mullet Is Not For The Faint-Hearted
By Tomi Otekunrin
How To Master Baby Braids, According To TikTok
By Tomi Otekunrin
Bustle Newsletter: May 20, 2022
By Stephanie Talmadge
Get Even More From Bustle — Sign Up For The Newsletter