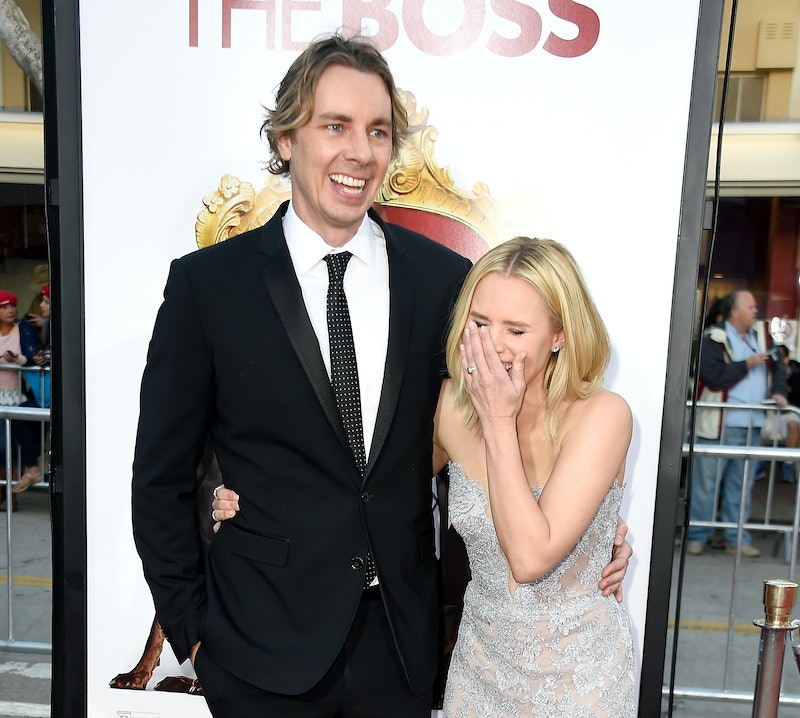 Not to name names or anything, but there are a decent amount of famous couples who are just way over the top and lay it on too thick for me to really root for. I mean, to each their own, but I'm a girl who champions simplicity. And, that's probably why I've always gravitated towards one particularly funny couple who seem to get it totally right. Case in point, on CBS Sunday Morning, Kristen Bell showed her and Dax Shepard's wedding pictures, and they're so low key that you won't believe theirs was an actual, real life, celebrity wedding. But, you guys, it totally was... and I love it.

In fact, the focus on their love for one another over everything else is what makes it all the more special to me (especially considering the thought of a big wedding terrifies me to my very core — I am pro-elopement and anti-stress). That sweet simplicity is a sentiment that both Bell and I quite obviously have in common, considering that she told CBS, "We got married in a tiny room in the Beverly Hills courthouse, and it was still one of the best days of my life." If the way that the two are looking at each other in the pictures are any indication, that is certifiably true statement. Heart eyes don't lie, you know? And these two were positively swooning over each other. Professional pictures be damned.

The best part of Bell showing off these wedding shots is that they're not only awesome, but rare. CBS explains that the before the interview, the couple, "never showed pictures of their wedding to the press." Which, is something I had never realized. But, now that they're here, us Bell and Shepard fans didn't know what we were missing. Enough teasing you with talk of super sentimental pictures, I'm here to spread the cuteness. Check out the photos at the 5:30 mark:

I hope they wallpapered their house with these photographs. Who knew drop ceilings, drab walls, and plated glass was my aesthetic?

I now officially declare Bell and Shepard as the flagship celebrity couple. Let all other coupled up stars emulate their nonchalance and effortlessness.