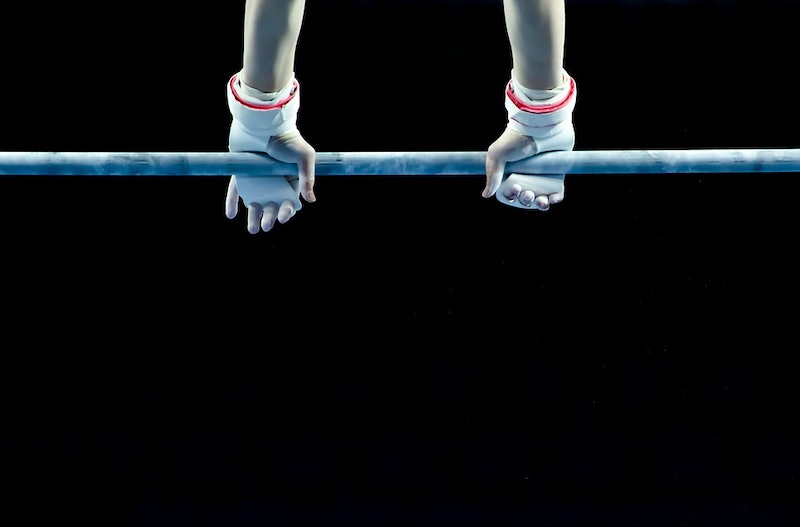 The latest group of impossibly talented Olympians are about to take center stage in Rio, and it may be surprising to learn that a fair number of these athletes are still in high school! This impressive group of polished 16-year-olds made me wonder "Who is the youngest Olympic athlete ever?" Surely, I thought, 16 must be the cutoff age for the most prestigious athletic competition in the world, right? It’s shocking that a 16-year-old can handle the pressure of four billion people tuning in to watch their every move — I probably would have passed out from sheer panic before even boarding the airplane.

Surprisingly, there is no age limit for taking part in the Olympic Games. The Olympic registration site confirms that each International Sports Federation sets the rules for its sport, and these rules have been continually amended since the first modern games in 1896. Since the inception of the games there have been multiple Olympic medalists who have barely reached puberty, so prepare to feel super old.

Dimitrios Loundras holds the title for youngest Olympic medalist in recorded history. The Greek gymnast competed in the 1896 Summer Olympics at the age of 10 years and 218 days. The 1896 games were the first of the modern Olympic games and only 13 nations took part in the event. Over two-thirds of the athletes were Greek and all of them male (women competed for first time at the Paris Games of 1900). Young Loundras participated in the team parallel bars event and the Greek gymnastics team placed third of only three teams. He won a bronze Olympic medal, but still came in last. His great claim to fame is that he will retain his title as youngest (known) Olympic Medalist, most likely forever.

The youngest female medalists in history are not much older. Italian gymnasts Luigina Giavotti, Ines Vercesi, and Carla Marangoni won a silver medal in the 1928 Summer Olympics held in Amsterdam. Giavotti was 11 and Vercesi and Marangoni were 12 years old when they competed in the women's team all-round event. Thirteen-year-old U.S. swimmer Donna Elizabeth de Varona took home the gold in 1960 for being part of the relay heats for the 4x100m freestyle, but the title for youngest woman to compete in an individual event and take home the gold goes to Marjorie Gestring of the USA. The 13-year-old springboard diver placed first in the 1936 Berlin Games against a 19-year-old competitor, and was given a second honorary gold medal in 1940.

Regulations have changed since the early part of the 20th century, and many sports have passed rules stating that athletes must be 16 to compete in senior level games. This August our youngest competitors are thankfully old enough to get a learner's permit. Be sure to watch gymnast Laurie Hernandez (whose exuberant expressions have earned her the nickname "the human emoji") and rhythmic gymnast Laura Zeng, who both just made the age cutoff, and whose uncanny talent and technique are far beyond their years.

Now, please excuse me while I go ice my knee.

More like this
Are Gemini & Cancer Compatible In A Relationship?
By Kristine Fellizar
Here's Your Daily Horoscope For May 25, 2022
By Mecca Woods
How To Use The Shook Filter On Snapchat, TikTok, & Instagram
By Emma Carey
How The May 2022 New Moon In Gemini Will Affect Each Zodiac Sign
By Nina Kahn
Get Even More From Bustle — Sign Up For The Newsletter