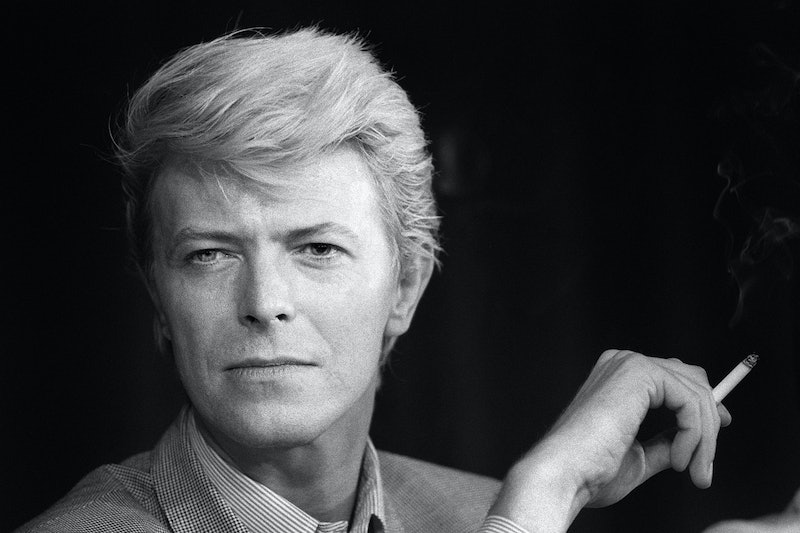 To everyone who feels a great hole in the world of talent now that David Bowie has left this earth, let me start by saying that I feel you. But, also, don't worry, for there is still more Bowie creativity to satiate your thirst. Contact Music reports that Bowie's musical, Lazarus , is opening in London this Fall, and it's even more meaningful because of the (far too soon) death of its creator. So how can you get tickets to Bowie's Lazarus?

The musical will preview at the King's Cross Theatre starting October 25, and then its official run will begin on November 8, 2016 and end on January 22, 2017. It will star Michael C. Hall (the titular character/serial killer of the thriller television series Dexter) in a reprisal of his New York performance, with old-timers Michael Esper and Sophia Anne Caruso also joining in on the fun. Tickets are available on the show's website, ranging from £15 to £95.

Lazarus is Bowie's final creative endeavor (that we know of), which he worked to develop with Once playwright Enda Walsh in the months before his death. The play is based on the Walter Tevis novel that inspired his 1976 cult movie, the Bowie-starring The Man Who Fell to Earth. The film and novel tell the story of an humanoid alien named Thomas Newton, who comes to earth to save his planet from a drought. However, he gets caught by the government and becomes trapped on earth.

Lazarus tells the story of Newton, a man unable to die or return to his now dead planet, whose only solace (and prison) is alcohol. The story only encompasses a few days, but, during those days, Newton meets another lost soul that could be the answer to his problems. The musical includes music from Bowie's final album, Blackstar, as well as some of his other famous hits from the past.

Bowie opened the off-Broadway show just weeks before his death from cancer in January 2016. While it's heartbreaking he won't get to see it performed on his UK home turf, it's good news for the fans that we will all get a little more Bowie in our lives. Long live Lazarus.