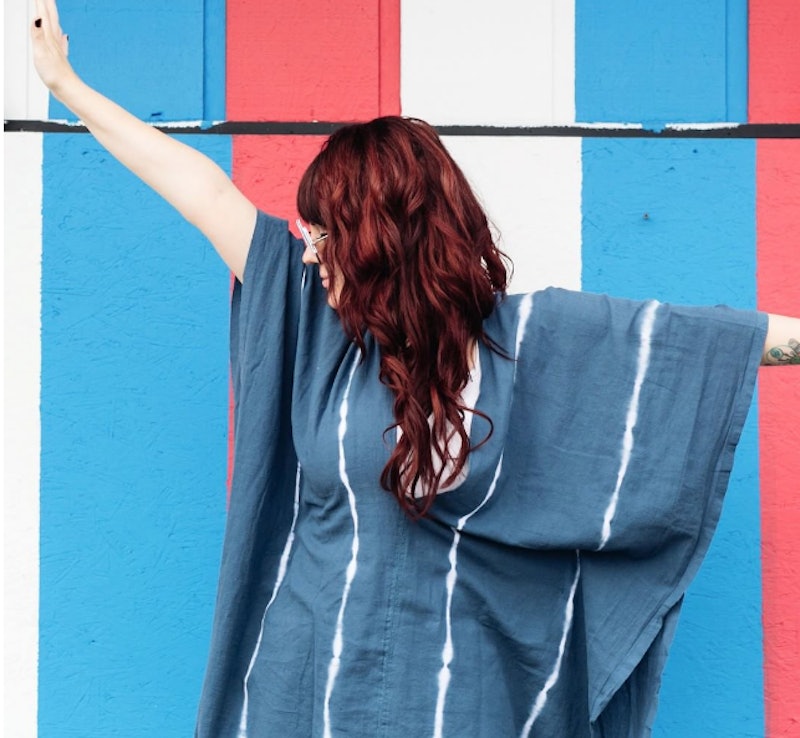 When you hit a snag while working on a passion project or hit a wall in your career, the blow can be dizzying. It can be hard to figure out how to bounce back from a big failure, especially when you have to piece together your ego off of the floor. But while it can be tempting to load up on a party-size bucket of ice cream and wallow in the idea you'll never amount to anything, that's just us being melodramatic.

The thing is, failure is a huge part of life and it often times is more helpful than hurtful. While it can feel uncomfortable having to admit you're not Super Woman and that you can't just coast through everything at a 100 percent, it offers so many teaching moments and helpful tips. If you run into a wall, that teaches you your approach has been all wrong and you need to try a different way. If you get rejected you now have the chance to look over how you pitched your idea and draft an even more amazing strategy. All failure is is you trying, and as long as you keep moving towards your goals, you're winning. So below are 11 tips on how to bounce back from failure — because we're stronger than our obstacles!

I can get all cheesy on you with quotes about how the real meaning of failure is giving up, but really we need to own up to the fact that there isn't a true meaning of failure. To think that you can cruise through life without learning lessons and having to test an idea without multiple tries is unrealistic. Failing might hurt the ego some, but it doesn't throw up a permanent stop sign in front of you, meaning you never actually have to fail. Amanda Boleyn, host of a Forbes "12 Best Podcasts for Entrepreneurs" called She Did It Her Way, explains in an email with Bustle, "You may have failed but you’re not a failure. There is a massive difference between doing something that failed versus identifying yourself as a failure. Look at life as a testing lab — everything is an opportunity to learn something." Rather than expecting you'll never stumble, expect you will fail and that it's just another step in the process.

2. Use It As Valuable Feedback

Again, most of us hit the bed crying when failure hits because it's embarrassing and bruises the ego some. But rather than seeing it as a testament of your character and what you're able to amount to (talk about over dramatic, guys,) instead look at it as valuable feedback. Sarah Morgan, digital strategist at XO Sarah, shares with Bustle in an email, "When it doesn't go the way you hoped or you received negative feedback, take time to figure out why and make adjustments instead of quitting altogether." All that a "hit and a miss" is proof of is that that's not the right way to approach your goal. Take some time to evaluate your original plan, and draft a new strategy on how to go about it. Failures are helpful, not debilitating.

3. Sometimes Your Success Isn't Only In Your Hands

When you're pitching an idea or trying to climb to the top of your career, there's only so far you can go on your own. Your success is just as much in other people's hands as it is in your own, and sometimes you'll meet people who don't have time for what you're selling or aren't in the mindset to accept your great ideas. Lifestyle writer Carolyn Gregoire at Huffington Post quoted HuffPost blogger Alex Pattakos, "It’s important to understand that everyone is in a different ‘space’ and, in some cases, no matter what you say or do, they will always reject you or your ideas." Sometimes it really is just poor timing, so you have to keep on trying until it's not.

Shaking off a bruised ego can sometimes be hard, so rather than nursing your wounds get pro-active. Create action steps that will get you to move on from that blunder (and your sulking) and onward towards your original goal. Morgan advises, "Take massive action. The best way of getting over something is to get over it. Make a plan and ask yourself what one to two things I can do right now that will help me move forward?" If success is still out of reach, start moving closer to it.

This doesn't just mean having your mom to call when things skid to a halt (though she definitely helps.) This also means surrounding yourself with like-minded individuals that more than likely have hit the same roadblocks you had, and yet persevered. Gregoire recommended, "When you get knocked down hard, it’s important to have the resources to help you get back up again, which includes having people to lean on." Follow inspiring, ambitious people from your industry on Twitter, Instagram, and on their blogs, and take into account the times they stumbled. If you're having a really rough time, you can also build connections with them and reach out during times you need a mentor or a pep talk. It'll help loads.

6. Keep In Mind Your Failure Doesn't Define You

Trying and failing doesn't define you in any which way. The steps you take to move past that failure, does — that's called character. Lifestyle writer Patrick Allan at Lifehack pointed out, "Our actions may define us, but our failures do not. The actions you take to move past failure and reach success will define you in the end." The next time you feel like all you can do is lose, remember that.

7. Measure Progress, And Only Progress

Did you send out six pitch emails and got back five rejections but one bite? Alright, that batting average might not be stellar, but you still got one response that was interested! You can't classify that as a failure, can you? Boleyn points out, "Measure progress, not perfection. Nothing will ever be perfect. It doesn’t matter whether we move and inch or a mile the goal is to move forward." It doesn't matter how bumpy your road is, as long as you keep moving up it.

8. Remember: You're Not The Only One

Social media is there for us to post cute cat pictures and delicious cafe desserts, not our sloppiest and mind-numbing failures. Because of that you might feel like you're the only one struggling with their career or their ambitions, but you're so not. Morgan points out, "Be aware that most people don't share their failures on Instagram and Facebook, so while it might feel like you're the only one screwing up you're definitely not!" Keep that in mind, and keep on swinging. We all have our bumps in the road, and it doesn't do to compare your path to someone's filtered, curated feed.

9. You Always Get More Than One Chance

It's really rare that we only get one chance to try and achieve something. Just because you didn't make the shot the first time around doesn't mean you don't get another try. Allan pointed out, "The best part about failure is that you often get another chance." So keep on attacking it until you find a way that works. You have an infinite amount of tries — you might as well use them!

When you hit a major setback, you can be overcome with emotions and dark thoughts. Instead of trying to create a plan of attack while a mess, take your project off of the table for a week and immerse yourself in other activities. Go get dinners with friends, read a guilty pleasure book, go take fun classes or pick up a hobby you neglected — anything that has nothing to do with your passion project. Career writer Lindsay Danas Cohen from The Muse suggested, "Give yourself a little space from an initial setback, allow your emotions to cool, and let your rational side regain control. Then, you can look at your situation with new eyes and determine how to proceed." You'll think of better strategies that way.

If you hit a minor goal or made progress on your project, celebrate it like crazy! Embracing your triumphs will help you minimize snags. Gregoire pointed out, "Notice and appreciate the little joys and victories — which keeps them from feeling like 'everything' is going wrong." If you throw confetti every time you gain a triumph, you won't feel derailed once an obstacle hits your path.

With these easy to follow tips, you won't feel defeated every time you hit a failure. Keep on working people, you so got this!