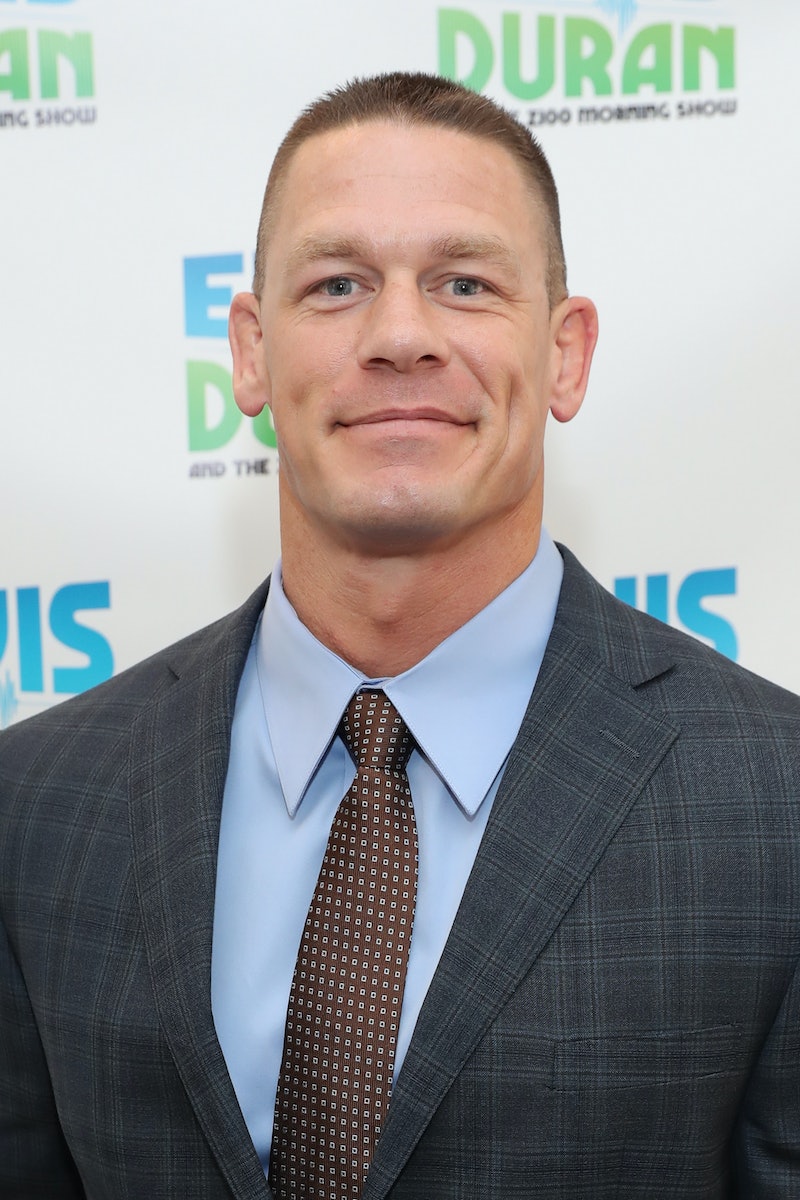 Before I get too deep into this post, you'd better just start facing the facts that you know you want to know about John Cena's relationship status. It may not be something you've given much thought about or even realized you want to know more about, but I bet you do now. So with that, let me ask an important question: Is John Cena single? Now that you're invested in his personal life, it's time for you to know that the WWE superstar is very much taken. That's right, Cena is dating Nikki Bella, who you may recognize from E!'s Total Divas.

Like her boyfriend of four years (they started dating in 2012), Bella is also a WWE star. I guess you could even say that they are a WWE power couple, right? If you look at photos of the two at red carpet events and also on social media, they look head over heels in love with one another. However, it hasn't been all sunshine and rainbows for the couple. One particular issue has come up within their relationship and that is the fact that the 38-year-old wrestler doesn't want children. He loves Bella, but unlike his girlfriend, he does not want kids.

In an April profile with Rolling Stone, Cena opened up about their relationship and was extremely candid about where he stands when it comes to having children and a possible marriage between the two. Before meeting Bella, the Trainwreck actor was married for three years. Regarding his failed marriage, Cena said, "A lot of that was because of my inability to be a good husband, but then Nicole strolled into my life, and that did it." He dished even further about not wanting to be a father or getting married and told Rolling Stone,

"I know I cannot handle raising a child. It's like with the dog. My biggest thing to Nicole about the dog was: Love dogs, but I can't contribute to taking care of one. I don't have the time. And just because everyone else is happy with children doesn't mean that's how I have to live. I've been upfront about this. I just have things I need to get done. It's not negotiable. We've been to therapy over it. I don't think it will ever be over with. I'm stubborn as f*ck and extremely selfish as well. I don't want kids, I don't want marriage. That's me just saying, 'Hey, this is my life and this is how I'm going to live.'"

Marriage and children are two things that can either make or break a relationship, but it clearly hasn't broken Cena and Bella's. Things appear to be great with them. Alongside a photo of Cena, Bella shared the following on Instagram in July, "Catch this stud on the @todayshow this morning! Lol Miss this face tons! #mancrushmonday." Another July IG post shared by Bella reads, "You & Me = Forever." Bella even chatted with Latina magazine about her relationship in June and said, "When I envision having my life without John, it hurts more than having a life without kids."

Yeah, they are still very much together and seemingly working through everything they don't agree on. Cena and Bella's relationship is admirable, for sure. They may look like the perfect couple on the outside, but they face real-life issues just like every other couple.