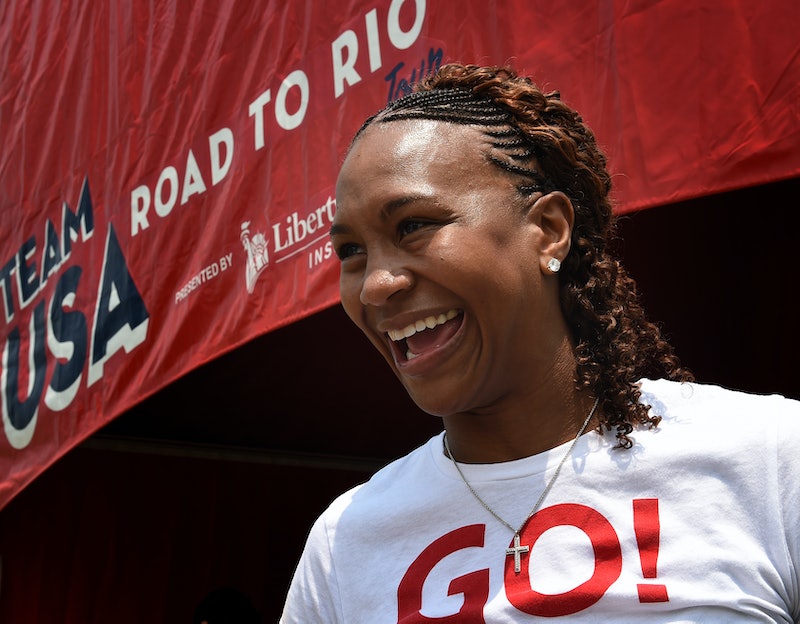 The 2016 Summer Olympic Games in Rio are coming up, with the opening ceremony scheduled to take place on Aug. 5. As the games approach, the national teams are solidifying their rosters. The U.S. announced its 555 athletes who qualified for this summer's games, including 292 women and 263 men. Not only are there more American women than men competing in Rio, but this year, Team USA represents the most female athletes ever in Olympic history.

According to NBC Sports, the previous record for the most female athletes was during the 2008 Beijing Olympics, where China was represented by 289 female Olympians. It also reported that this is the second summer Olympic games in a row in which the U.S. will have more female competitors than men. Among this year's U.S. competitors are 191 returning Olympic athletes, including 68 returning champions.

This year's Olympics are not only record-breaking for female U.S. athletes, but also for female athletes more broadly, with women representing 45 percent of this year's competitors — the most female athletes in any Olympic Games ever. And speaking of new records and important news, this year's Olympics will also feature the first-ever refugee team, shining light on the international refugee crisis facing our world.

Athletes will start making their way to Rio's Olympic Village on Sun. July 31, and the games will kick off a week later. Some of Team USA's all-star women include Allyson Felix, who is the "Most Decorated Female." Felix is from Los Angeles, and is a track and field competitor. She has won six medals, four of which are gold, according to Team USA.

Gabby Douglas will also be returning for this year's summer games. The Virginia gymnast made her debut at the 2012 London Olympics, where she became the first ever African American to win the women's all-around. Refinery29 reports that Douglas is also the first American gymnast to win a gold medal for both the team all-around and individual all-around competitions in the same games.

Also joining the 2016 U.S. Olympic team is the first American woman to compete in a hijab. Ibtihaj Muhammad, who hails from Maplewood, New Jersey, will be competing in women's fencing. In 2012, she won the title of Muslim Sportswoman of the Year, and she is a sports ambassador with the U.S. Department of State’s Empowering Women and Girls Through Sport Initiative, according to Team USA.

This year, the U.S. Olympic roster is making a statement that "girl power" is important and necessary, and that representation is important.

To learn more about all Olympic hopefuls, visit teamusa.org. The Rio Olympics begin on August 5.