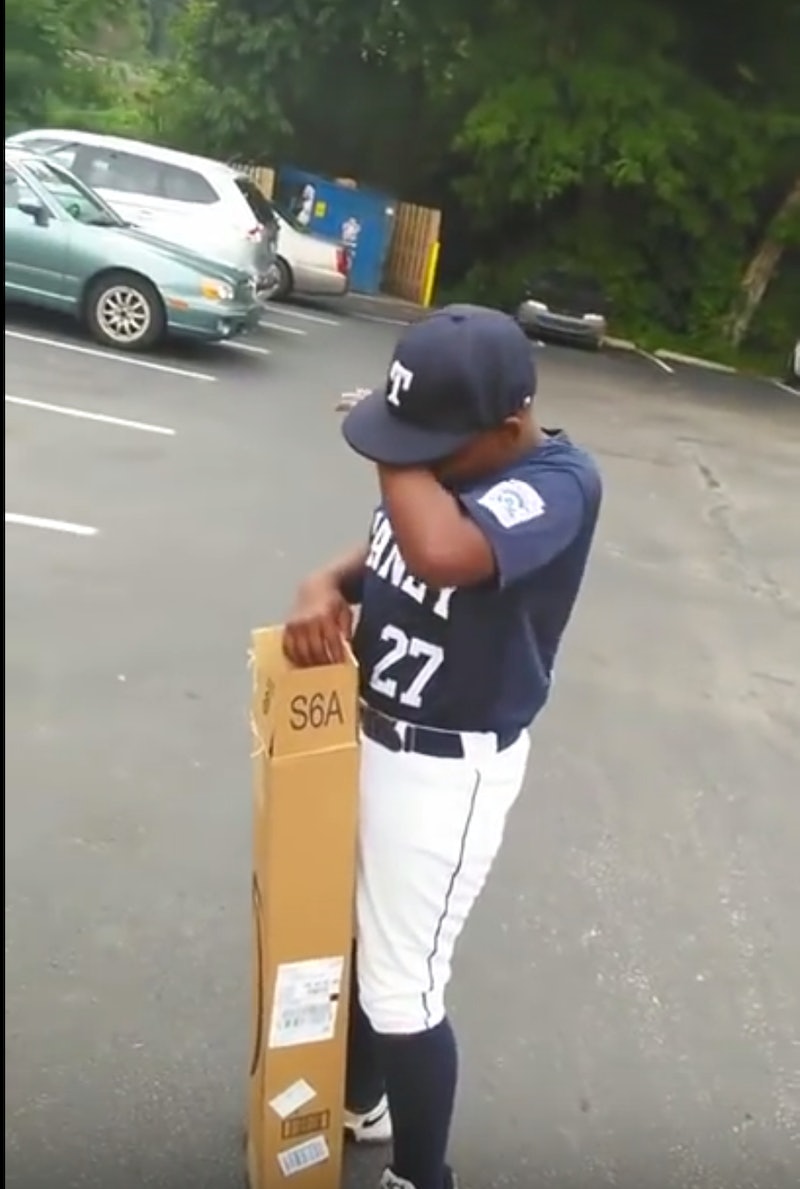 With all of the terrible news bombarding us every single day this month, it's nice to see a video that can put a smile on your face. I felt a lot of emotions tugging at my heart as I watched a Pennsylvania dad pretend to forget his son's birthday, only to give him a surprise gift at the end. This video brought back the memories of how important it was to hear my parents wish me a happy birthday as I grew up. I'm sure the son really appreciated all the effort his father put into the revelation of the birthday present.

Bra Fowler drove his son Braheim to his big baseball game — which just so happened to be on the same day as Braheim's birthday. Bra did not wish him any well wishes or even acknowledged the importance of the day outside of the game. Obviously his son was extremely dejected, thinking that his own father had completely forgotten his birthday. I know I would be! To this day I expect ten phone calls from my family members every time my birthday rolls around. If I don't get one, I start to worry a little. In Braheim's case, his father was just holding out in order to make the surprise that much more impactful.

Just as you think Braheim couldn't get any more sad, his father tells him to check out what is in the truck of his car. The son moseys on over and sees that there's a box placed neatly on its side. From the looks of it, it's a baseball bat. Father of the Year award has been assigned people, and it's made out to Bra! His son's face goes from sad to elated in seconds! Watch the full video below:

The breakdown of this video is perfection. It starts off this Braheim walking towards the car, not even turning around when his name is being called. His father keeps reminding him that it's a big day because of the game, furthering the idea that he doesn't remember that it's also his son's birthday.

Just look at his posture when he is inside the car! That is the posture of a very upset child!

Luckily everything changes the moment he is asked to check out the trunk area. Assuming it was just another chore he had to accomplish, he drags his feet towards the back of the car. To his surprise there is a gift waiting for him!

The final shots of the video are priceless. Just look at the pure happiness on his son's face.

That made up for any hard feelings his kid was feeling on this day. Plus, the video has already gotten millions of views on Twitter, and brightened up the day for so many other folks. It's a gift that just keeps on giving!