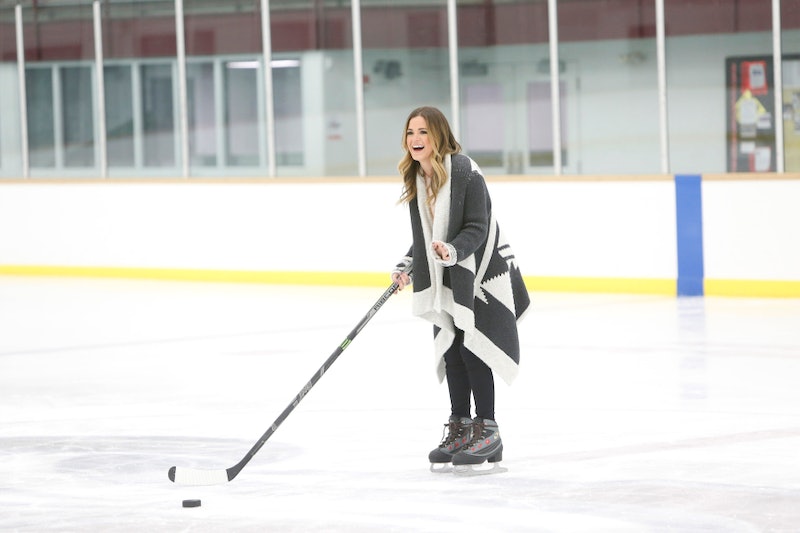 The Bachelorette is down to the final two contestants — what a time to be alive! Who will JoJo choose? Will it be Florida native, former competitive swimmer, and wearer of white pants Robby Hayes? Or former professional football player and aspiring Jimmy Neutron impersonator Jordan Rodgers? Obviously, ABC isn’t telling until we see the finale of The Bachelorette in a week, but I’m here to do some digging. Next week’s preview may have given us some clues about who JoJo picks on The Bachelorette .

Both men are great contenders, and she has chemistry and all that with both of them. That’s that. However, I just don’t think that JoJo is going to get the emotional support she needs from Jordan. There was a part of the preview that showed JoJo talking to her mother about how she’s not sure that, if she was in a crisis, that she could depend on Jordan to be there for her. Another clip in the preview showed Jordan and JoJo talking and Jordan saying that he doesn’t know if she’s in love with him or would choose him to propose. If JoJo isn’t sure now that she can depend on Jordan for support, she is probably not ready to marry him — that’s why I think that the previews for the next episode of The Bachelorette lean very heavily toward Robby being JoJo’s final man.

Robby and JoJo are a good match — they have insane chemistry (seriously, sometimes it’s like, guys, please back off), they seem to mesh with their life goals, and Robby’s family loved her when she visited them. It all depends on how Robby jives with JoJo’s family, but I think that Robby is the best choice and possibly the final choice for JoJo’s heart. We have to wait and see, but the previews are telling me a story that I hope is true.

More like this
JoJo Fletcher & Jordan Rodgers Got Married In A “Playful & Fun” Wedding
By Grace Wehniainen
Twitter Is Upset About The 'American Idol' Top 3 Results: "Who TF Is Voting?"
By Jake Viswanath
Twitter Is In Utter Meltdown After 'Derry Girls’ “Poignant” Finale
By Sam Ramsden
Trace Is Dropping Ominous Hints About 'The Temptation' Island Reunion
By Kadin Burnett
Get Even More From Bustle — Sign Up For The Newsletter