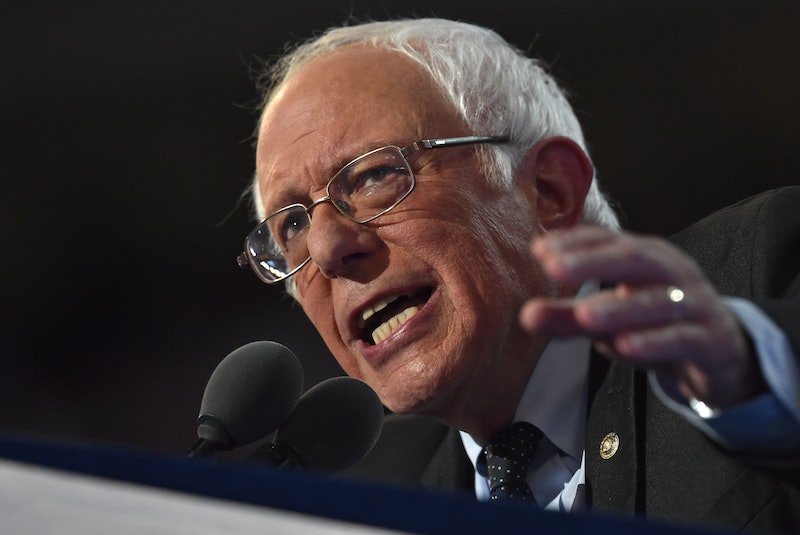 At the Democratic National Convention Monday night, Bernie Sanders pledged his full support to Hillary Clinton, putting an official end — at least, in theory — to what's been a very contentious year in Democratic politics. During his speech, Sanders stressed the fact that Clinton and the Democratic Party have in fact moved to the left over the course of his candidacy, and offered as one piece of evidence the subsidized college tuition proposal that both he and Clinton have embraced. But when would the free college plan Sanders referenced be implemented?

"[W]e have come together on a proposal that will revolutionize higher education in America," Sanders said of the plan, which Clinton has pledged to enact if she's president. "It will guarantee that the children of any family this country with an annual income of $125,000 a year or less – 83 percent of our population – will be able to go to a public college or university tuition free. That proposal also substantially reduces student debt."

There's no way to say exactly when such a plan would be implemented, though — if it is indeed implemented. First and foremost, it's contingent upon Clinton winning the presidential election. Donald Trump has proposed no such program, and absolutely nothing about his campaign suggests that he'll be doing so anytime soon. If Clinton doesn't win in November, there will be no free college tuition.

But even if Clinton does win, the plan is far from a done deal. Congress will have to pass it in order for it to become law, and given the fact that the legislature is Republican-controlled and Congress's general lack of productivity, it could be quite a while until that happens, if it does happen.

Clinton's embrace of a Sanders-style education platform is the clearest sign yet that the Vermont Senator has, throughout the course of his campaign, shifted the Democratic Party to the left. But it's by no means a given that this proposal — or any proposal by any presidential candidate ever — will actually become law. We're a long way away from that.