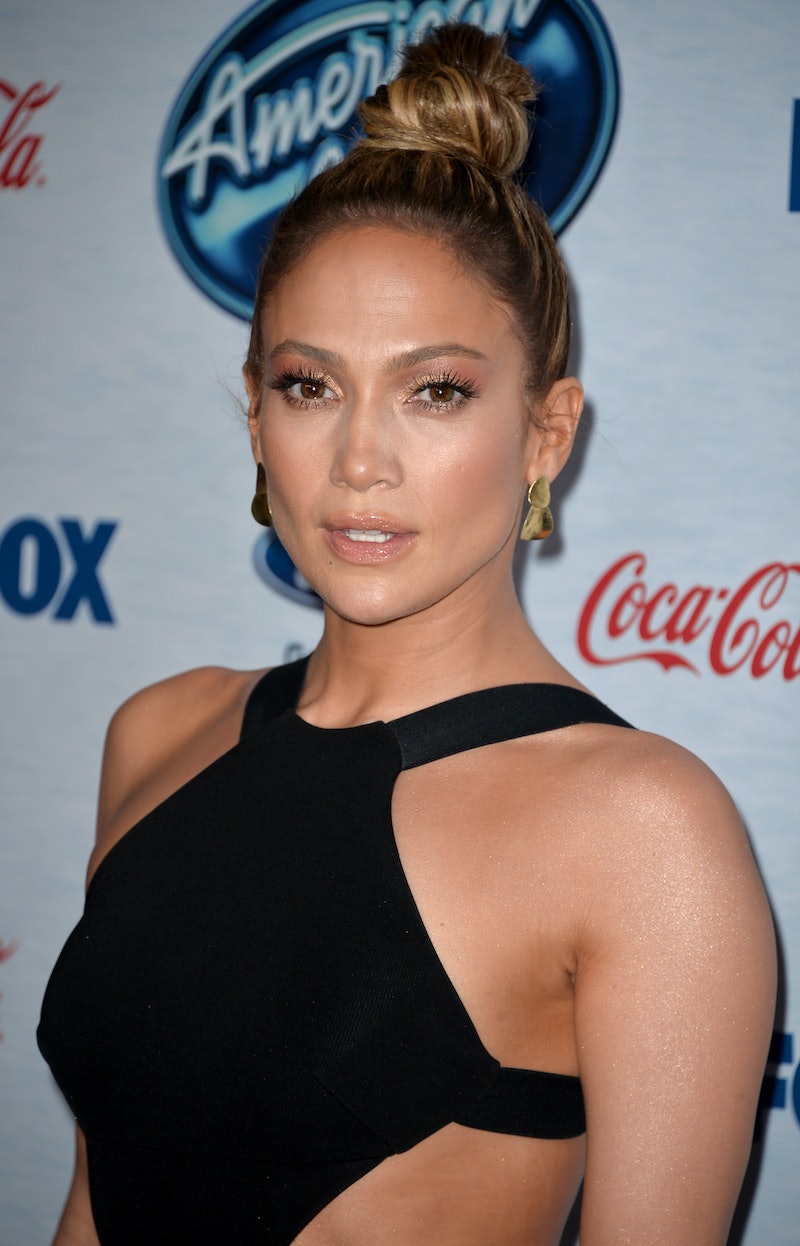 Judging by the lyrics to J. Lo's new single "I Luh Ya Papi," American Idol performances aren't the only thing giving her the "goosies" nowadays. One can only assume that her romance with boyfriend Casper Smart has influenced his lady's decision to let the world know all about her bedroom prowess. In her latest song, she reveals exactly how she executes a sexcapade. Hint: It involves four or five beds.

I put it down for a brother like you, give it to you right in the car, that's you...

Wanna kill the body, gotta start with the head, put it on ya, I'ma need about four or five beds...

Oh really now?Jennifer...I'm gonna let you finish, but I gotta say that Beyoncé has the best the sexually explicit album of all times! Just kidding, but hate it or love it, Queen Bey has obviously inspired Lopez's attempt to successfully reemerge onto the music scene. Thanks to Beyoncé's willingness to share, we all know Jay frequently stares at her butt, drinking gets her in the mood and somewhere a limo driver is prepping an explicit tell-all book detailing the backseat romps that inspired "Partition."

The lyrics to Lopez's new song sound rather familiar, sort of like a mash-up between "Drunk in Love" and "Partition," except instead of referencing her derrière, à la Bey, Lopez calls her guy's attention to her legs. Both songs contain lyrics specifically describing vehicular and oral sex. I know 'Yoncé isn't the first to do it, but the racy lyrics on her surprise release came, saw and continue to conquer, so I suppose it makes sense for Lopez to adapt the same formula. I just wish it wasn't so blatant.

This makes me wonder if we'll see a rise amongst female artists with explicitly sexual lyrics. Only time will tell whether Lopez's amped up sexiness will turn listeners on, or encourage them to turn her off.

Listen to "I Luh Ya Papi" below: