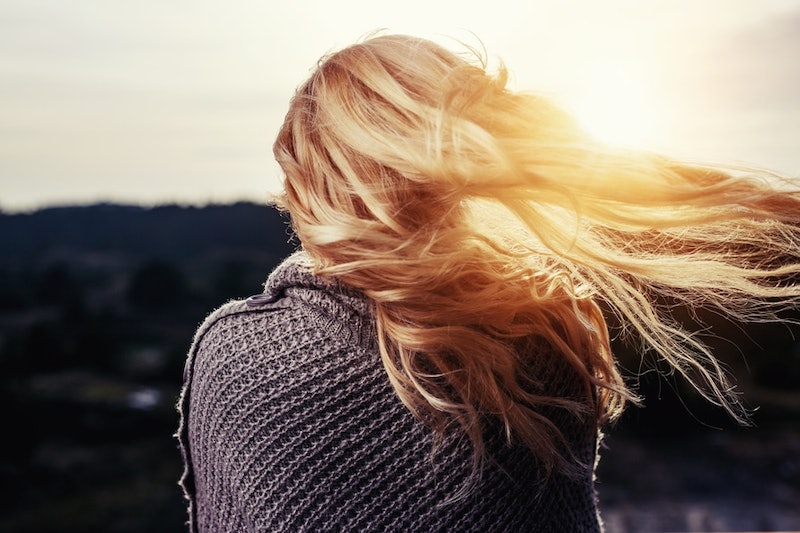 Our perceptions of hair color largely seem like the sort of thing used by bad stand-up comics: "dumb blondes," "redheads with bad tempers," and so on. But, as we'll discover, stereotypes can have deep-seated roots in psychology, and our attitudes to hair color have been theorized to correspond to everything from genetic evolution to the likelihood of cancer. No, really. Attraction is rarely a simple thing, and it seems that our opinions about the attractiveness of various hair colors, natural or otherwise, are drawn from a combination of historical reference, cultural prejudices, possible ideas about rarity and disease protection, and a bunch of other factors. Plus, "finding something attractive," as we'll see, isn't necessarily the same as pursuing it.

Ideals about hair color have changed radically throughout European history; the Pre-Raphaelites were besotted by crimson locks, as is evident in their paintings, while Renaissance Italians fetishized blonde hair and produced incredibly dangerous and foul-smelling dyes to be able to obtain it. Blonde hair caused a minor row in 2007 when a Japanese diplomat suggested it was what was holding back Americans in negotiating in the Middle East. All the studies mentioned in this article were done in Western areas by scientists focusing on American or European perspectives, so we can't necessarily take them as a global lesson; but as a reflection of local attitudes about hair color, sexuality, attractiveness, and mate choice, they're pretty fascinating.

1. Blonde Women Really Do Receive More Attention From Men (But For A Sad Reason)

It seems that, for straight males at least, the attraction to blondes is real, though it may not be for the reasons we traditionally believe. A now-famous French study published in 2012 wanted to establish what hair colors attracted the most attention from men in nightclubs, and what that might mean. French scientist Nicolas Guéguen from the Université de Bretagne-Sud did a series of studies that aimed to measure male interest in hair colors: he set up experiments in which women in different-colored wigs sat in a nightclub and waited for male approaches, not counting those of staff.

The results were fascinating: 127 men approached "blonde" women, brunettes scored 84 approaches, black-haired ones 82, and redheads (now this is a surprise) a meagre 29. Redheads, it seems, are not the dynamic, sexual Joan Holloways of the conventional playing field. Guéguen had predicted this outcome: he noted in the introduction to the study that previous research has indicated that blonde women going door-to-door raise more money than brunettes, and blonde waitresses gain more tips. It's important to note a few restrictions on this study: it took place in one city in France, and it's not noted whether the women or the men approaching them were people of color. Cultural expectations about beauty and local ideals can be influencing the field of play, here.

But there's more to this. Psychologists Raj Persaud and Adrian Furnham point out in their examination of the research at Psychology Today that the attraction to blondes may not necessarily be a compliment; they cite a study from the University of Westminster that asked men in nightclubs about their opinions about female hair color, and discovered that brunettes are actually seen as the most confident, while blondes are seen as "needier" and therefore easier to approach without rejection. So in a practical sense, an approach in a nightclub doesn't necessarily tie to the peak of attraction; it's also based on a judgement about how likely somebody is to reject you.

A fascinating study done by the dating website WhatsYourPrice.com revealed that straight women's preferences for hair color are actually quite different to those of men. You can liken an online dating situation to that of a nightclub, in that the likelihood of being rejected as a stranger is one of the primary factors in decision-making; but women, rather than going for "approachable" blonde men, avoided them entirely, giving them less notice than redheads or brunettes (who were the clear favorite). Blonde men, it seems, were perceived as low-commitment and unreliable; brunettes were likely favored for their steadiness and earning potential. What in women can be a (slight) advantage is, in the long-term dating market, a possible drawback for men.

3. The Attraction To Blondes May Also Be Based On Rarity

The anthropologist Peter Frost has suggested a potential reason for the desire for blondes on an evolutionary level: a search for a mate who's unusual and eye-catching. The Huffington Post reported that his theory is based on the idea of mate choice as determined by novelty. In other words, blondes attract attention because they're seen by our primitive brains as "new" and "exciting," as natural blonde hair in adulthood is rarer than brunette or black.

Frost's theory is about scarcity. "The more common a hair color becomes, the less often it is preferred," he explained. "It's a kind of novelty effect. The moment you become ordinary, you no longer have the same appeal. There's selection for being a bit different and eye-catching." It would have been a theory understood by ancient Roman women, who were renowned for attempting to bleach their hair or wear wigs made of the hair of blonde German slaves to capture the rare color for themselves.

However, there's a problem with this: being a natural redhead is one of the rarest hair colors in the world, and yet, as we saw with Guéguen's study, it's not seen as a lure at all. If rarity were the only factor in play, surely a woman with flame-red hair would be seen as the most attractive in a selection of choices; but it doesn't work like that.

4. Bias Against Redheads May Be Both Genetic & Societal

Natural flaming ginger locks are stupendously rare worldwide, and people who've experienced the rejection of a situation like Guéguen's study likely make its appearance even rarer by dyeing it to something more "acceptable". So why aren't we inclined to love gingers? A landmark editorial in The Week in 2014 brought together a variety of scientific theories to explain why rarity doesn't mean love for the redheads. One possibility is that freckles, the common accompaniment to red hair, signal to potential mates that there's a high possibility of cancer; another is that red hair may also demonstrate that there hasn't been a lot of genetic mixing in the person's ancestry, and research shows that in some situations, genetic diversity can make somebody more attractive.

European gingers are also dealing with a lot of historical prejudices and old beliefs; medieval Europeans in particular were distrustful of redheads, portraying Judas Iscariot as a red-haired man. Redheaded women have earned sexual, explosive reputations: Jacky Colliss Harvey's History Of The Redhead explains that everybody from Mary Magdalene to Cleopatra was associated with red hair, and that the Romans tended to pair it with ideas of barbarism, over-emotionality and violence. Essentially, it's had a bad rap.

5. There Appears To Be An Increasing Preference Among Men For Brunette Partners

Let's go back to that University of Westminster study collating different stereotypes of hair with what men say they want. It's been determined that this actually goes deeper than we might have thought; another study, done by City University in London, asked 1,500 men to attribute qualities to pictures of female redheads, blondes, and brunettes, and then collected what they found. The overall picture? Men found brunettes the most attractive, but it went further than that: they also rated them the most "stable" and "intelligent," blondes the most "approachable" and "youthful," and redheads the most "fiery" (a throwback to old beliefs about redheads and their tempers, though it does seem that ginger people are indeed more physically sensitive than others to pain).

The increased preference for brunettes may, the researchers believe, involve a shifting in mate priorities. Whereas previous generations of men wanted a young, approachable partner (i.e. a stereotypical blonde), these ones want an "equal partnership," with a wife or girlfriend who can hold their ground and possess equal earning potential. Stereotypes dictate that blondes are too malleable and redheads too emotionally volatile, while brunettes are seen as "just right". And obviously, these biases are just that: stereotypes.