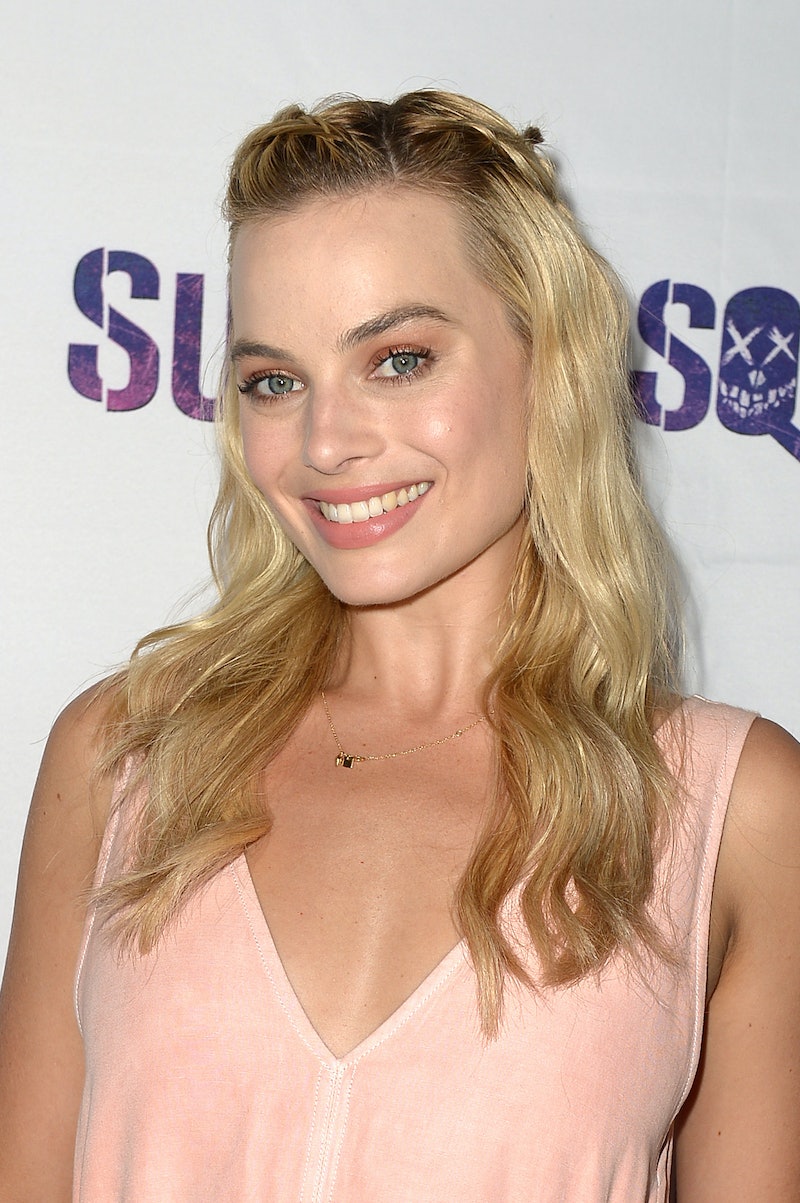 You know what my favorite thing about the internet is? How a diverse group of complete strangers can utter a collective, "Huh?" over the same thing, across continents, hemispheres, and time zones. To further prove my point, I think it's safe to say that after reading Margot Robbie's latest interview with Vanity Fair, the internet was a bit, how do you say, um, perplexed. As BuzzFeed explains, the article gave apparent digs her Australian roots and "was highly criticized for its sexist approach to Margot’s career and looks." Or, as one fan on Twitter simply put it, the professed "weird" vibe was due to the it's, "creepy male gaze." And, if her interview with The Project is any indication, Robbie thought the Vanity Fair article was "odd" also, mainly because the actor had a front row seat to peculiar happenings.

Though, while the Suicide Squad star scratching her head at the strangeness she experienced, the good thing is that she's also not sweating it as much as the general public might think. In fact, while she gets internet's reaction, in her opinion, she's experienced much worse, and she said as much. She told The Project, "I’ve read far more offensive, far more sexist, insulting, derogatory, disgusting things on a daily basis. Maybe I’m desensitized to it now."

That's not to say that she's excusing the peculiar approach to the interview. Robbie just knows that unfortunately, she has bigger fish to fry, and in the scheme of things this one wasn't so bad. Which says a lot about Hollywood's treatment of women in general.

She explained to them that:

I remember doing the interview and being like, 'That was an odd one…' Then I read it and I was like, 'Yeah, the tone of this is really weird, I don’t really know what he’s trying to get at or play at'—but I didn’t expect it’d be like an uproar about it, at all.

Oh, but an uproar there was. If you want a better gauge of how the internet interpreted the article, you can check out some of the impassioned tweets below:

Some Tried To Find The Humor In It

While Others Were Focused On Calling It As They Saw It

And There Were Those Who Spoke Out In Defense Of Robbie, As Well

Robbie's thick skin is a must-have trait for a woman of Hollywood, but I'm waiting for the day that "letting things roll of one's back" isn't a necessary resume skill for female actors. And, apparently, the internet is, too.