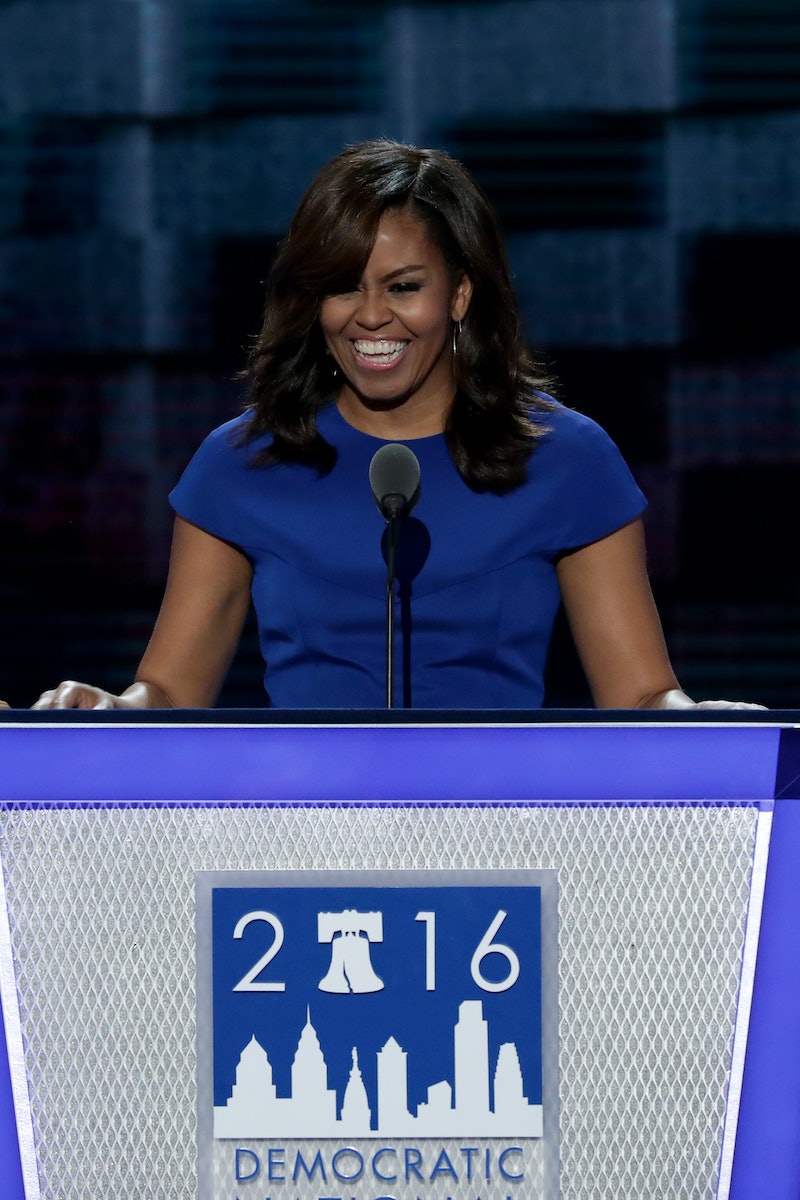 On Monday, amid a stacked roster of speakers at the Democratic National Convention ― Sen. Cory Booker, Sen. Elizabeth Warren, and Sen. Bernie Sanders made for a striking trio ― there was one speech that really stood out, one which virtually everyone seemed to come away impressed by. Of course, I'm talking about First Lady Michelle Obama's evocative address, which seemed to bring unity and joy at a time it was sorely needed. It was also notable for who it seemed to shut up, too. Donald Trump didn't trash-talk Michelle Obama's DNC speech.

If you've been following Trump's political rise over the last year, then there's one thing you probably know about him, even if you're not that into social media ― the guy has likely the most bombastic, inflammatory, and controversial Twitter account in American political history. While some candidates are careful to maintain a tightly-orchestrated, tactful social media presence, Trump has routinely gone all the way to the other end, hurling juvenile insults at his opponents, advancing conspiracy theories, retweeting white supremacists, and in the case of Warren, making overtly racist remarks about his political opponents.

And yet, a brief glance at his Twitter during last night's DNC program reveals something rather startling. Where are all the Michelle Obama jabs? The timeline tells the tale.

Pretty glaring omission, huh? So it kinda makes you wonder: Why? Why not lay into the first lady with all the ferocity he did all the other big-time headliners? He's out here calling Elizabeth Warren "Pocahontas," which is racist and awful on multiple levels. And yet, faced with a beloved Democratic icon who threw some serious shade his way, The Donald clammed up. Maybe Melania talked him out of it? After all, she's reportedly a pretty big admirer.

Of course, the reason many people are running with is the most obvious one: The First Lady's eloquent, powerful, and clarion-clear speech was so effective and unifying for the Democrats, and so casually devastating to Trump, that there wasn't much he could say. Also, hot on the heels of Melania's RNC speech, which cribbed passages from Obama's 2008 DNC address, deriding her words on Monday would've likely drawn a lot of blowback and mockery.

In any case, if it weren't already obvious enough that Michelle Obama was the big winner of the DNC's first night, this pretty much seals it. Trump's brand is strongly centered around unrelenting attack-dog politics, and striking back whenever struck upon ― a willingness to come out swinging against anyone, at any time, for almost any reason. And on Monday night, for a precious hour or so, Michelle Obama silenced his din.