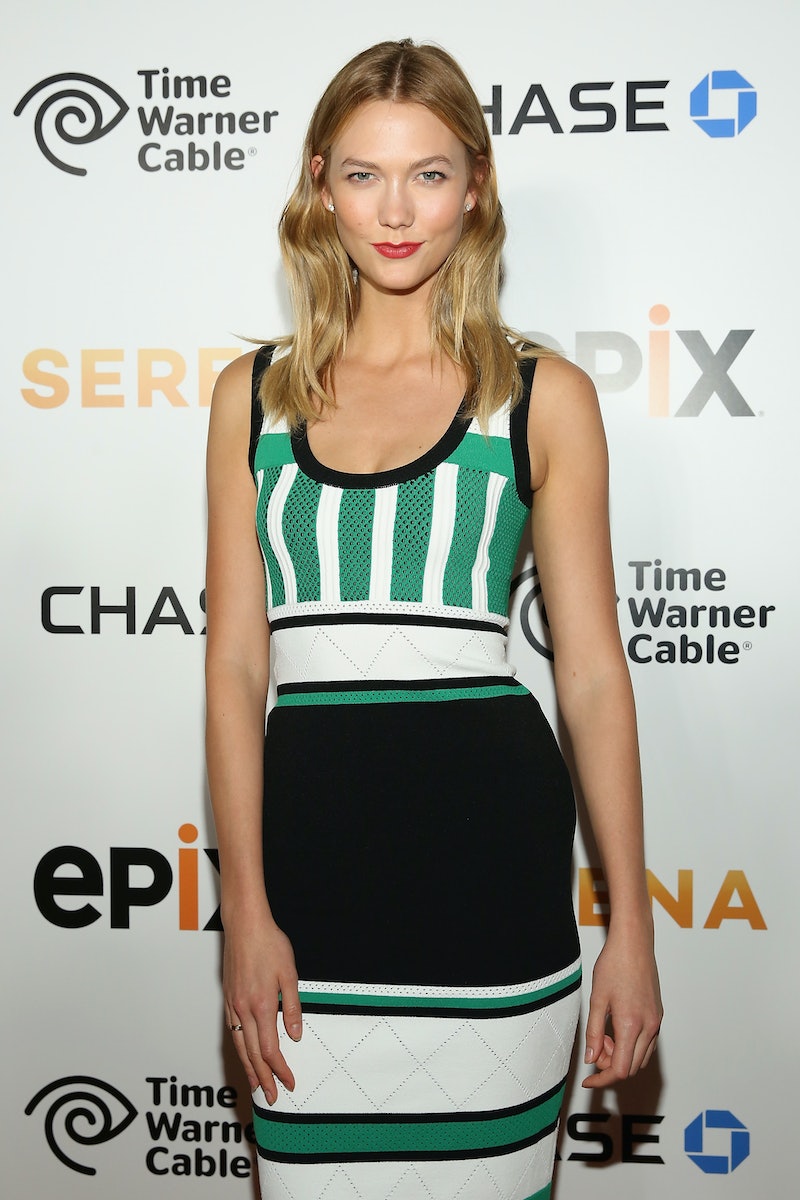 Yet another celebrity has joined the blonde club. Karlie Kloss revealed platinum blonde hair on social media recently, according to Refinery29, and the new style has got to be her best look yet. First Taylor Swift bleached her hair, then Kristen Stewart went super blonde on us, and now Kloss has hopped on the platinum blonde bandwagon. Summer may be reaching the midway point, but celebs still seem to be lightening up their locks at an alarming rate.

The 23-year-old took to Instagram on Monday to flaunt her bright new 'do with an adorable selfie captioned, "I'm already having more fun." The photo revealed sleek platinum blonde tresses with lots of angles and layers. I guess the supermodel considered herself a brunette before this new dye job, because she is clearly putting the "blondes have more fun" theory to the test.

If you've been following Kloss throughout her modeling career, you know that she is not typically one for hair experimentations. She has been sporting that dirty blonde meets honey-colored brown shade for as long as we have known her. Perhaps she was just in the mood to shake things up a bit? After all, platinum blonde is not that far from her previous color, but it does spice things up a bit.

Let's check out some other celebs going platinum lately, shall we?

The actress put a unique spin on the bleached hair look by keeping her dark roots, and it totally rocks.

Ultra long platinum hair is my favorite look on Roberts.

Who says guys can't get in on the blonde fun?

She may be back to her dirty blonde roots, but we'll never forget her bleached phase.

Khloe Kardashian seems to be getting blonder by the minute.

I don't think platinum has looked better on anyone than it does on LC.

More like this
Millie Bobby Brown's Blonde Hair Is Very Britney Spears Circa 2002
By Paris Giles
10 Swoon-Worthy Beauty Looks From The 2022 Cannes Red Carpet
By Olivia Rose Ferreiro
8 Knockout Beauty Looks From The 2022 Billboard Music Awards
By Audrey Noble
How To Master Baby Braids, According To TikTok
By Tomi Otekunrin
Get Even More From Bustle — Sign Up For The Newsletter