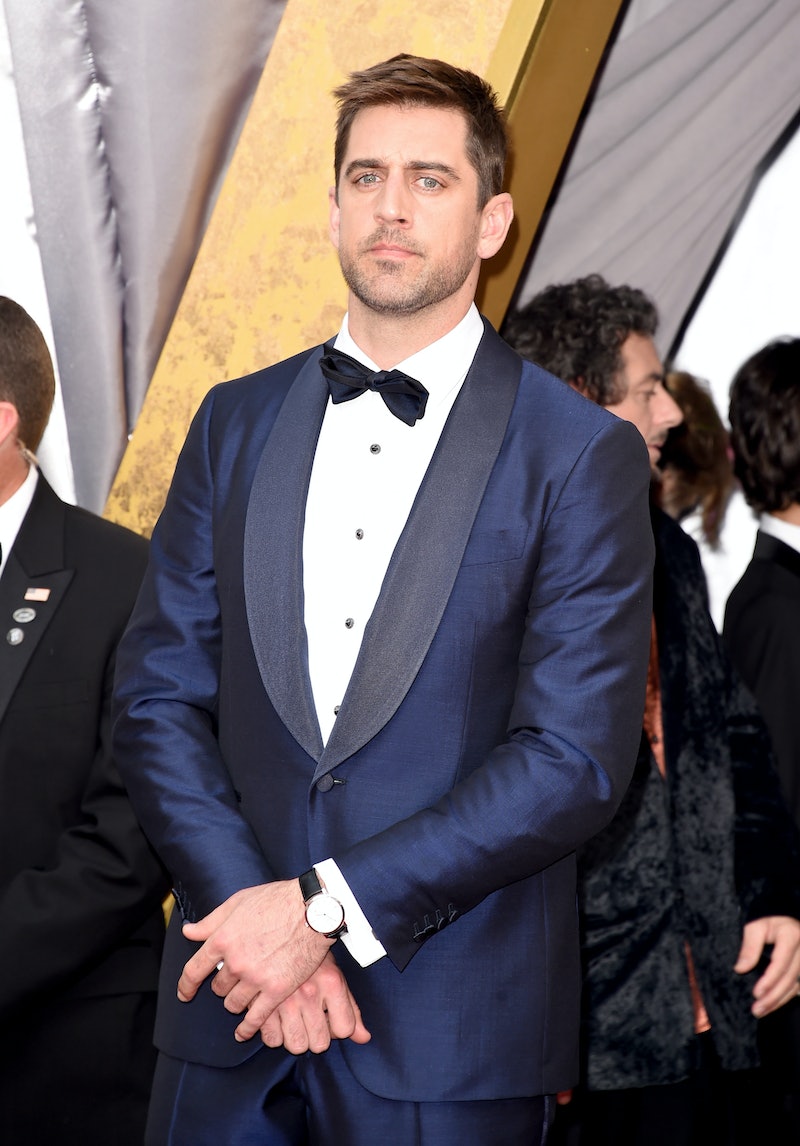 Some of our wildest dreams are coming true! Aaron Rodgers has spoken! Contrary to the norm, the biggest question on this season of The Bachelorette hasn't been who our bachelorette, JoJo Fletcher, will choose at the end of all this. For a lot of fans, the big question has been, "What the hell happened between Jordan Rodgers and his Superbowl-winning stud of a brother, Aaron Rodgers?" It's also been, "Will Olivia Munn be there???" That second question is still under scrutiny, but a little clarification has come out in the Jordan/Aaron feud that audiences have heard about in the second half of this season. The Green Bay Packers quarterback gave some insight on the family matters in an interview with WISN 12 News.

I haven't seen the show, to be honest with you, so it hasn't really affected me a whole lot. As far as [the nature of the relationship] things go, I've always found that it's a little inappropriate to talk publicly about some family matters, so I'm just - I'm not going to speak on those things, but I wish him well in the competition."

Ouch, Aaron! Not only did he call out his brother for bringing his relationship with his family into the spotlight, but he also didn't exactly say much at all — which is sort of a bummer. Though I wish Rodgers did say something with a bit more substance, you can't deny that his answer is poised and classy.

Honestly, I'm just glad that a sports reporter at the Packers' training camp asked any question about it, because going a whole Bach season without any drama out of the producers' control wouldn't have been nearly as entertaining. Thank you, sweet sports reporter, and welcome to Bachelor Nation.

More like this
Jake Daniels Just Became The UK’s First Active Football Player To Come Out As Gay Since 1990
By Sam Ramsden
What Is Jeanie Buss' Net Worth? The Lakers President Is Uber Rich
By Hugh McIntyre
Christine Quinn Says She & This Co-Star Got Paid The Most For 'Selling Sunset'
By Grace Wehniainen
Amy Schumer Is Actually The Other Kardashian Sister You Never Knew About
By Jake Viswanath
Get Even More From Bustle — Sign Up For The Newsletter