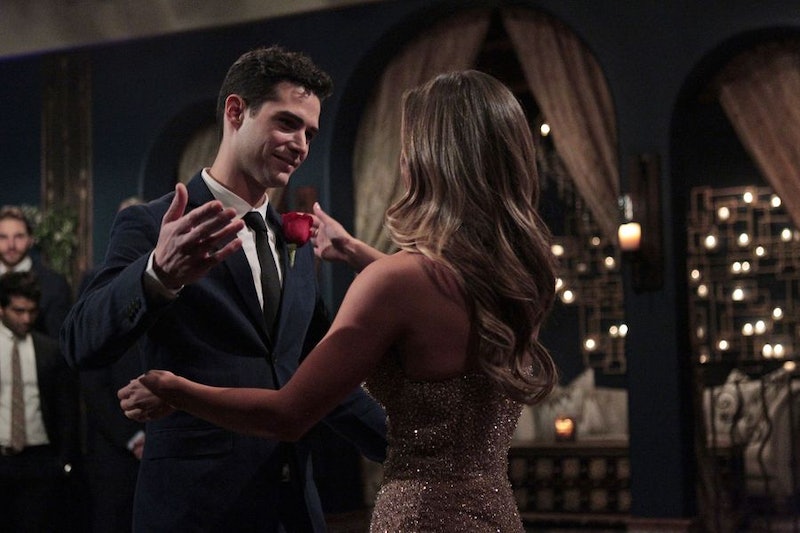 Listen, I get that people are sad The Bachelorette is wrapping up for the season, but those people haven't realized something very important: The end of this season means Bachelor in Paradise is about to begin, and this season might be my favorite. On Tuesday night's edition of Men Tell All, ABC gifted us with an extended trailer for Season 3, and it included a reveal that means all my prayers have been answered. Guys, Wells is on Bachelor in Paradise . This is real. This is happening.

And by Wells, yes, I absolutely mean the adorable dreamboat from JoJo's season who was a fan favorite but somehow managed to slip through the cracks and not even make it to the hometown dates. I seriously question JoJo's decision to let him go, but now, I'm glad she did. Because now, we get a summer full of Wells, and as revealed in the promo, he's got some romance in his future... with one of my favorite former Bachelor contestants ever, Ashley Iaconetti.

Yes, everyone. She is over Jared and she is going for Wells, because she has eyes and good taste. And so far, it seems like Wells is totally into it! You can watch the Wells-filled promo below.

Yeah, yeah, yeah. Nick Viall is back. Chad Johnson, meat-eating villain to end all villains, is back. But who cares? Wells is here, and everything is right in the world. Thank you, ABC. Because of this, I have forgiven you for Juan Pablo. Well, maybe. Sort of.

There are just two weeks standing between us and Wells on BIP, so please prepare accordingly. Who was responsible for this? I want to send them a thank you note.