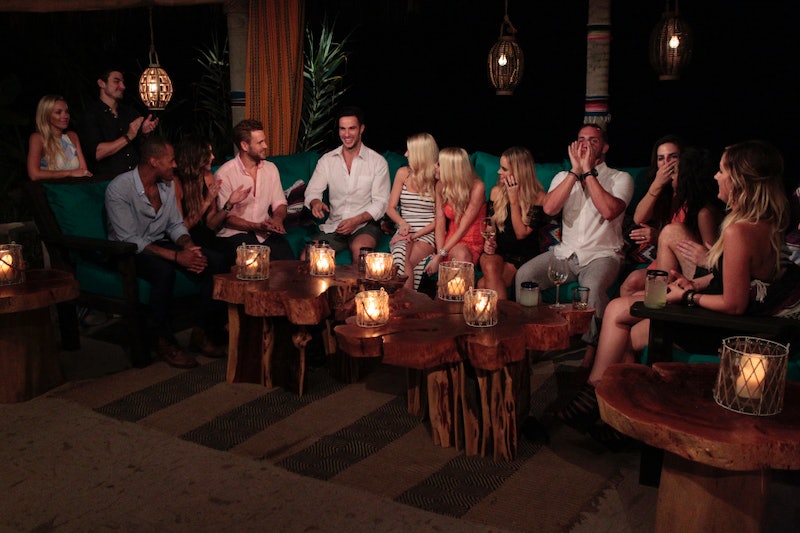 Let me paint a picture for you — this promo showed some of the new island hoppers (Wells Adams included, swoon), but it also teased engagements, fights, and plenty of crying by Ashley I. (yep, she’s back). Apparently, multiple couples get engaged, Ashley I. gets over Jared (maybe), and Chad (yep, the Chad from JoJo’s season) starts some serious fights, including perhaps with Evan, who he also fought with on The Bachelorette. Chad is also seen reaming out Chris Harrison, which is a definite no-no in my book. No one talks to Chris Harrison that way and gets to stay on the show, Chad, OK? Besides the Chad drama, there was also plenty of dumping, gorgeous settings, and kissing in the sand. You can watch the preview below.

Honestly, this Bachelor In Paradise is shaping up to be the best season of the show so far. I think the combination of Bachelor and Bachelorette castoffs is at the perfect level of chemistry and drama. Will we really need Chad to be there? Eh, not really. He will be entertaining for a few episodes, and then I’ll want the turkey eating to come to an end so I can watch everyone make out on the beach. Either way, this promo has whet my appetite for a brand-new season of Bachelor In Paradise.