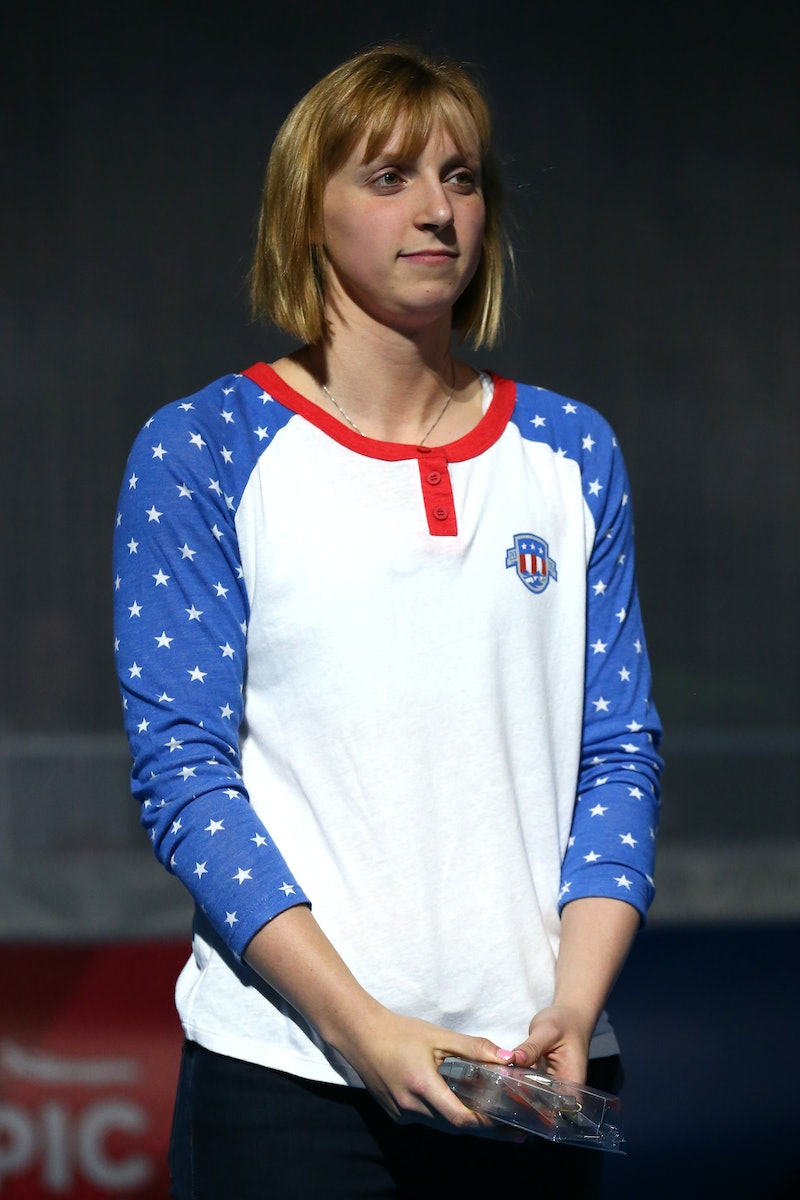 If there’s one sport you want to watch at the 2016 Rio Olympics, it’s swimming. Katie Ledecky, a 19-year-old swimmer on Team USA, is attempting to sweep the women’s freestyle races and it’s more than likely she will succeed. If the teen swimmer can take home the gold in all of her individual events, she will be the first woman to accomplish the triple win since Debbie Meyer in 1968. If you don't want to miss history being made, you'll need to know when Katie Ledecky's events are at the Rio Olympics. Her individual events include the 200m freestyle, 400m freestyle, and 800m freestyle, and each event has a preliminary trial she will have to compete in before she can qualify for the finals. However, the fact that she holds the world record in 400m and 800m suggests she'll be just fine.

Team USA also taps the best swimmers to compete in the relay events, but in July, Ledecky came in seventh during the 100m freestyle, disqualifying her from competing in the individual event as well as the 4x100m relay. She wasn’t too upset about it though, as she told USA Today at the time, “You take three rounds of the 100 out and my schedule gets a little easier in Rio, so that's good.” Not to mention that while she’s out of that race, she’s still set to compete in the 4x200 freestyle relay.

Basically, Ledecky is incredibly talented, which means you have many opportunities to watch her shine in Rio and I've put together a schedule to help you know when to tune in and watch her do her thing.

Tune in Aug. 7 at 12 p.m. ET to watch Ledecky shine at one of her best events. She holds the world record time at 3:58.37. I think it’s safe to say with confidence that she will be making it to the finals, which take place later that night, Aug. 7 at 9 p.m. ET.

If you’re only going to tune in to one of Ledecky’s events, it should be the 800m freestyle. Not only is she the world record holder with a time of 8:06.68, but she also took home gold in this event at the 2012 London Olympics. She’s basically defending her title here. The preliminary event is Aug. 11 at 12 p.m. ET and the finals, which she should definitely be in, take place the next night, Aug. 12 at 9 p.m.

Alongside Missy Franklin, Leah Smith and Allison Schmitt, Ledecky will compete in the 4x200m freestyle relay event. During the trials she came in first during the 200m freestyle, which solidified her spot on the team. Although the head coach has the freedom to change the team as he wishes, it’s pretty much guaranteed that Ledecky will be alongside these ladies for the preliminary on Aug. 10 at 12 p.m. ET. The finals will be held later that night at 9 p.m. ET.

If you watch Ledecky's events at the 2016 Olympics, you just may witness history in the making.

More like this
Are Tom Daley & Louis Theroux Bound For 'Strictly'?
By El Hunt
What Is Jeanie Buss' Net Worth? The Lakers President Is Uber Rich
By Hugh McIntyre
Marcus Rashford Took Inspo From Kravis For His Adorable Proposal To Girlfriend Lucia Loi
By Frances Stewart
Ryan Reynolds Brought Some Famous Friends To Wrexham A.F.C's Last Game Of The Season
By El Hunt
Get Even More From Bustle — Sign Up For The Newsletter