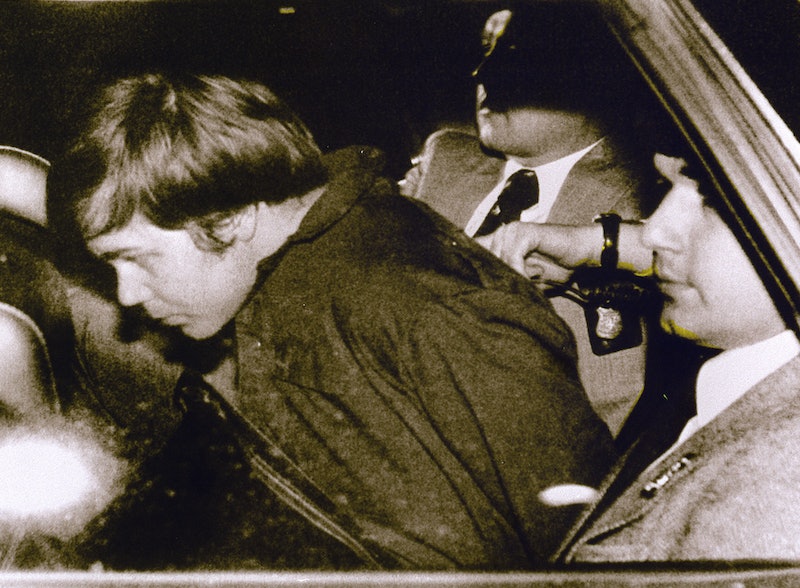 On Wednesday, a federal judge ruled to release attempted assassin John Hinckley Jr. This is the man who tried to kill President Reagan in an effort to impress a celebrity he'd been stalking but never met, actress Jodie Foster. But the John Hinckley Jr. of today is reformed, at least according to judge Paul L. Friedman.

Back in 1981, John Hinckley Jr., then 25 years old, shot the sitting-for-only-69-days president and also seriously wounded press secretary Jim Brady and two secret service agents. After Hinckley's trial, he was found not guilty by way of insanity and was sent to St. Elizabeth, a mental hospital in the nation's capitol.

When he began his time in the hospital, he wrote to notorious serial killers Ted Bundy and Charles Manson. He also kept a picture of an unnamed celebrity, unnerving not only because of the context of his crime, but also punishable since it was against the rules of the hospital.

Now, 35 years after the senseless shooting, the ruling judge, Paul L. Friedman, as advised by the hospital, has found that Hinckley is "no longer plagued" by the mental illness that led him to attempt to kill the president and ordered the shooter's release. Although Hinckley said “I have tremendous remorse” for the crime, the recent judgement is met with plenty of scrutiny. One of the most notable protesters is Patti Davis, Reagan's daughter, arguing in an NPR interview, "that's like saying there's an expiration date on violent tendencies".

But it turns out the ruling isn't as sudden as it appears. Hinckley, the last living person to attempt to assassinate a president, has been hiding in plain sight, in a sense, for years now and he says that being out of the hospital has "made me more human" and that "it’s really refreshing to be in a group with people who aren’t completely out of their minds".

As early as 2003, Hinckley has been taking baby steps toward reintegrating into society. At first spending a few days outside of the confines of the mental hospital, working up to his longest stretch of 17 days. He isn't allowed to speak to the press, but in a release of court documents, according to an AP report, hospital staff and a government psychiatrist quoted Hinckley on his response to those visits and what he's been up to.

The AP reports that according to the team of experts who have been monitoring him, he's been working his way towards contributing to his community. "I don't like flipping around the TV, I want to do things" — a one-eighty from the testimony his mom gave during his trial saying he has "no direction in his life". He's applied for volunteer opportunities at a botanical garden, the local humane society and the law library at the College of William and Mary, but was denied. Saying of the law library opportunity: "[it] would have been a great gig for me. But when it gets to a certain level and my name gets brought up, my reputation gets in the way and I hit another road block."

He also says he'd "love to get a job so I can have some real income." and has applied to Subway and Starbucks. At the top off his list of "just like us" activities, he's been allowed to drive, according to the New York Post, reportedly saying, "I love the feeling of being able to drive on the open road. It’s so great."

At 61 years old, Hinckley will now restart his life by moving in with his mom in Williamsburg, VA.