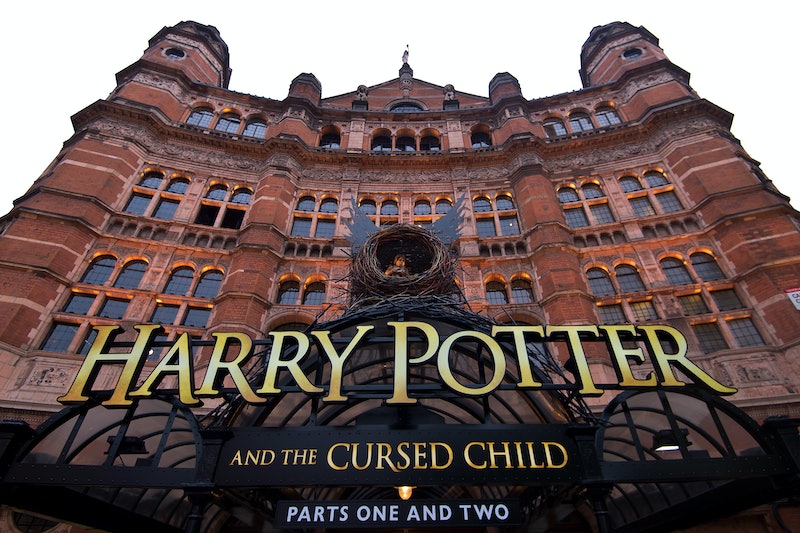 You totally already know this, but I’m going to tell you anyway: the eighth installment in the Harry Potter series, the play Harry Potter and the Cursed Child, opened at the Palace Theatre in London’s West End on Saturday, July 30, and the script for the play was released on Sunday, July 31, at precisely 12:01 a.m. One of the major questions will have after seeing the play or reading the script is: who is Delphi in Cursed Child?

The script of Harry Potter and the Cursed Child is filled with the kinds of twists and turns all fans expect from J.K. Rowling, but perhaps the biggest plot twist awaiting readers and theater-goers alike is the character Delphi; and consider this your spoiler warning, so if you haven’t averted your eyes by now that’s your own fault: she’s Voldemort and Bellatrix Lestrange’s daughter. Which yeah, is crazy on so many levels. Including where Voldemort and Bellatrix found the time to... well, you know.

Although the answer might seem obvious, for some the question still lingers: who is Delphi and is she the cursed child? Theoretically the cursed child could be anybody. After all, Albus Potter is housed in Slytherin; and he doesn’t always get along with his dad so well. He’s also drawn to Scorpius Malfoy, Draco’s son, who is rumored to be the child of Voldemort as well. You’ll have to answer that question for yourself, but here’s what we know about Delphi so far:

At the start of the play, Delphi is introduced as the niece of Amos Diggory — you recall, the father of the always-beloved Cedric and head of the Department for the Regulation and Control of Magical Creatures. But, per the norm at Hogwarts, the pretense doesn’t last long, and it’s revealed that although Delphi’s origins are unknown, she was raised as an orphan by the Rowles — a prominent Death Eater family. So, that can’t be good.

2. She knows about the prophesy — and there’s more to it than anyone realized.

In Delphi’s room at Hogwarts, more details of the prophesy are discovered (in Parseltongue, of course.) This includes the small detail that Delphi will bring her father back to power — and she'll use Albus and Scorpius to help her. I know… I’m throwing up my hands and sighing over here, too.

3. She wants to travel back in time for an evil purpose.

As Time-Turners have become illegal in the Wizarding World since Hermione used one to majorly overload her academic schedule, Delphi steals a Time-Turner that Harry and his son Albus were illegally using to try and save Cedric from his untimely death at the Triwizard Tournament. She says she wants to go back in time in order to return Voldemort to power, and create a world of “pure magic,” aka: no mudbloods. Someone really needs to get those Time-Turners off the street once and for all, amirite?

4. Delphi believes she has to prevent her father from trying to kill Harry on the night his parents died in Godric’s Hollow.

Delphi believes that she has to prevent Voldemort from killing Harry. Why? Because when Voldemort's spell against Harry backfires, he's significantly weakened. Thus, she decides, he can't perform the spell at all. Luckily Albus and grown-up Harry tag-team to prevent this from happening, and Delphi lands herself in Azkaban. Though that ending sounds like the precursor to a second play/book, J.K. Rowling has said there will be no Cursed Child sequel.