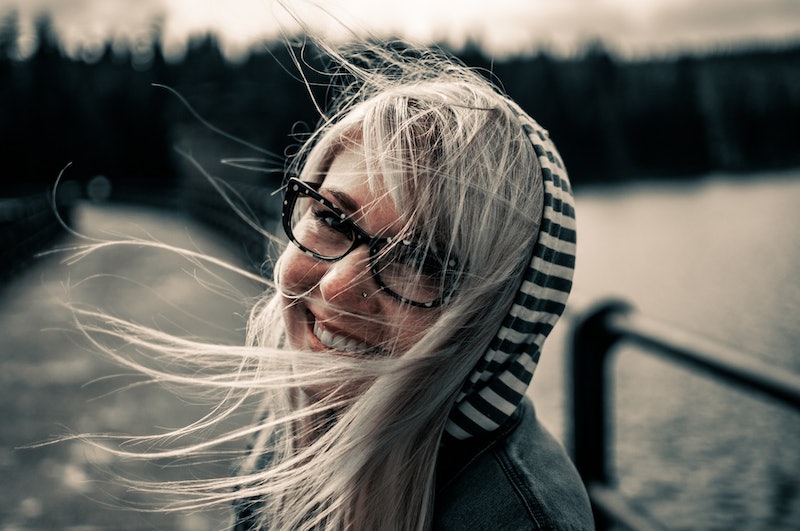 There's no denying that there's been a lot of tragedy and heartache in the world lately. That's why it can be extra important to spread good news and celebrate the positives both in our own lives as well as the world around us — and as a recent AskReddit thread points out, there actually have been many good things that have happened in 2016 in spite of all of the pain and suffering. When times get tough, it can be even more meaningful to look out into the world around us and appreciate all the work people are doing to help each other: Research aiming to cure diseases, save the environment, help animals, and more happens every day, even if we don't see it getting the same attention as the more difficult events.

Early this morning, Redditor jumpxman asked the AskReddit community to post about the good things that have happened in 2016. Online communities can be a great place to learn about news you may not have been exposed to otherwise, abd they can help us feel more connected to the good things happening in the world around us while we're at it. In addition to keeping us informed, it also gives us more positivity to share with everyone else in our lives. Sometimes good news and exposure to new cultures, people, places, and ideas is all you need to help you get yourself out of a rut and see the world from a different angle.

Check out the good things that have happened in 2016 that stood out to me the most below, and be sure to check out the full thread over at AskReddit, too!

On July 11, literally 50 million trees were planted in India in one day, breaking the previous World Record of 847,275 trees that had been set by Pakistan in 2013. According to National Geographic, it took 800,000 volunteers to complete the job.

2. Solar Powered Planes Can Fly Around The World

According to The Guardian, a solar plane just successfully flew around the world just this last week without using a drop of traditional fuel — it was entirely solar-powered. This could mean amazing things in terms of the environment and pollution in the future!

NASA successfully landed the spacecraft Juno on Jupiter on July 4. Juno originally launched in August 2011 and had been orbiting ever since.

4. The Tiger Population Is Finally Increasing

According to the Scientific American, wild tiger populations are increasing for the first time in a century. As of right now, the population of wild tigers stands at about 3,900. The increase is likely due to conservation efforts and enhanced protections for wild tigers.

According to CNN, not only are scientists making massive strides in ALS research, they're also doing it using the funds raised by the Ice Bucket Challenge that was viral on social media about two years ago. See? It really did help!

6. Amazing Medical Research Is Happening All Over The Place

Science is a field that definitely pushes for constant success, but sometimes setbacks, as frustrating as they can be, just mean that we're getting closer to figuring out the solution. Personally, I often get absorbed into my own little world and forget about all of the issues people still struggle with, so reading about new research and breakthroughs can be really eye-opening and humbling for me. For example, learning that the child mortality rate has plunged more than half since 1990 according to the World Health Organization definitely put my afternoon in perspective.

7. "Pokemon Go" Is Connecting People To Their Communities In An Meaningful Way

An animal shelter in Muncie, Ind. reportedly encourages people who play "Pokemon Go" to walk the shelter's dogs while playing the game. This is great for the animals because it allows them to socialize with more people, as well as meet more potential owners.

It's true: According to the World Health Organization, India has been making incredible progress in their medicine and scientific research. Yaws is an incredibly serious disease that essentially starts by infecting the skin and can progress into the bones. It mostly impacts people in low-income areas and, in particular, children. India's medical discovery allows them to eliminate Yaws through the use of a single-dose antibiotic pill.

SpaceX has successfully landed a number of boosters, both on the land and at sea. The goal behind these SpaceX boosters is to have them be reusable, which potentially lowers the cost of going into orbit — and could subsequently revolutionize aspects of space research.

According to the journal Nature, Chinese scientists are working on a gene-editing technique that could be used to treat humans with lung cancer. The first phase of this clinical testing on humans will begin in August of 2016. While it could still fail, it's a huge step forward in terms of progress and curing cancer.

So, there you have it! Be sure to check out the full thread over at AskReddit for more answers. Be sure, too, to sit back and reflect on what positives are happening in your own life and the lives of those around you.