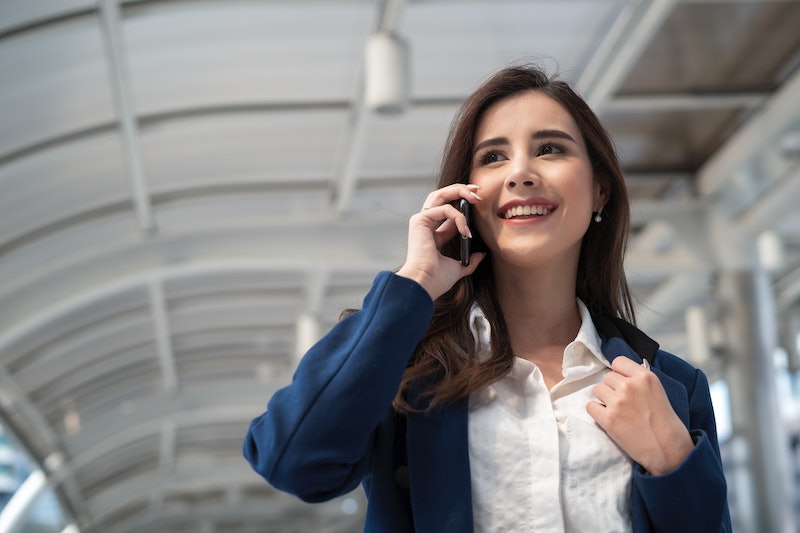 There's something inherently appealing about phone interviews; after all, when you're just chatting with someone on the phone, you don't have to worry about transportation, wardrobe malfunctions, or the nervous dampness of your professional handshake. Theoretically, you don't even have to put on pants, although I maintain that interviewers somehow know about that. But although the long-distance interview has plenty going for it, phone interviews might hurt your chances of getting a job in the end, according to research. Are they worth the potential for pantslessness?

The answer to that question is up to you, but it's worth considering the effect phone interviews can have on your job prospects. In a meta-analysis published in the open-access journal Personnel Assessment and Decision s , researchers at George Washington University compared the impressions made during face-to-face professional interviews and the "technology-mediated" variety, which were conducted over the phone or video chat. To gather this information, they reviewed the results from 12 studies, gathering data from both the interviewers and interviewees. Their findings were discouraging, to say the least; according to their analysis, participants on both sides of the equation formed worse impressions after an interview over the phone or video than they did in person. You know, in case you weren't already nervous enough about your job hunting skills.

The study wasn't designed to point to any specific causes for this, but researchers have some ideas. Chief among them is the role technology plays in the ability to manage your image — it's hard to maintain eye contact over a webcam, and although they aren't a reflection on your abilities, technological problems may bleed over into the overall impression of an interview. Furthermore, researchers noted that face-to-face interviews may feel more personal than those conducted over the phone or video. "Applicants may not be able to demonstrate their social skills when their ability to impression manage is restricted," they concluded.

This becomes especially problematic when interviews for the same position are conducted across different platforms. Judging from the results of the analysis, people who snag an interview in person may have an advantage over those who interview over the phone, simply by virtue of the setting.

That being said, it's worth noting that many of the evaluated studies took place between 2001 and 2004 — not out of date, exactly, but perhaps not the most recent indication of the way technology-mediated interviews are conducted today. There's little information about how common such interviews are, but let me put it in perspective: In 2004, the invention of the first iPhone was still three years away. So if you can get an interview in person, go for it, but don't get too pessimisstic about the prospect of a phone interview — focus on your job-related skills and professional banter, and you'll do fine.