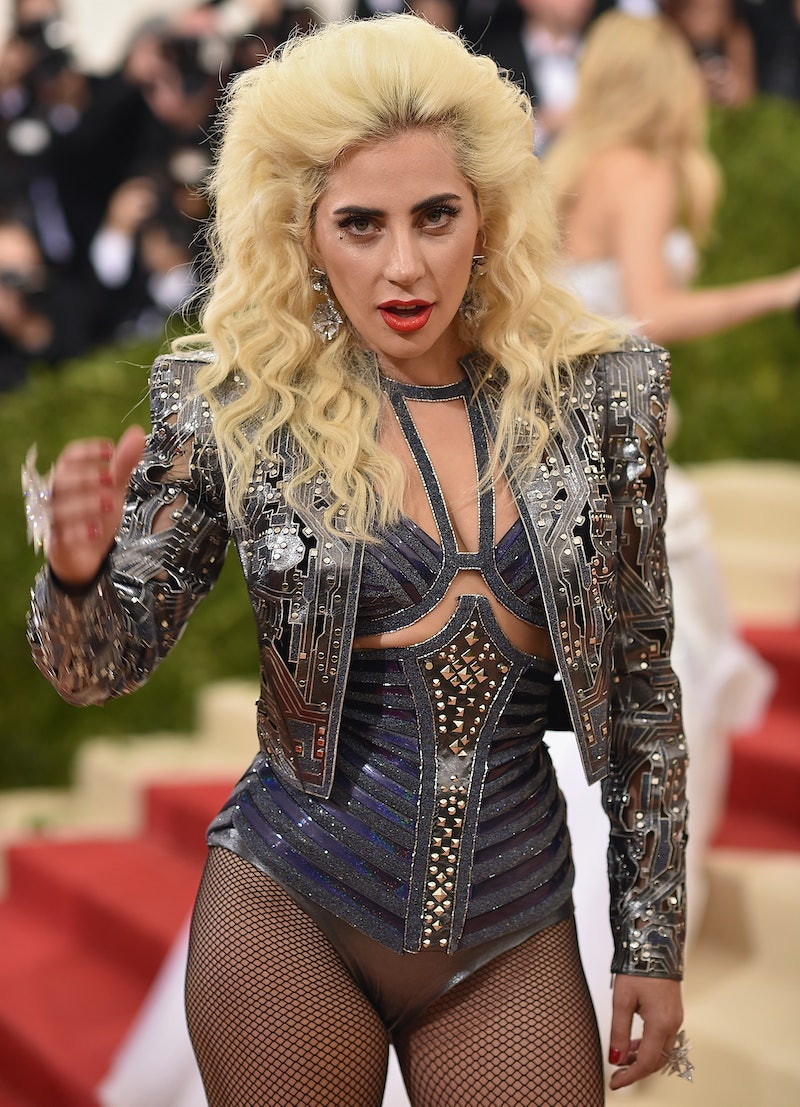 Of all of Lady Gaga's Little Monsters, one in particular sticks out: The guy who gave us "YAAAS GAGA," which has since become every fan's rallying cry, the sound you make when you love something so wholly that only the all-encompassing "YAAAS" can fully articulate your passion. However, here comes someone to steal that guy's crown — and it's none other than little North West, who just revealed her love for Gaga in what is probably Kim Kardashian's best video ever. (At the very least, it's certainly one of the cutest.)

North, who is three, is seen in backseat of the car, kicking her feet excitedly while strapped into her carseat and casually shrieking about how much she loves Lady Gaga. Mama Kardashian is in the front, filming the whole thing and whispering to the camera, "This little monster," before North goes off on her high-pitched squeals of joy about Gaga.

"I love Lady Gaga! I love Lady Gaga!" North screams in the video, with exactly the same enthusiasm as the OG "YAAAS" fan — just a little less articulate. While her cries may not necessarily join "YAAAS" in the fandom lexicon, any Gaga fan (or anyone who really appreciates a three-year-old being adorable, TBH) can appreciate North's love for Mother Monster.

Truth be told, nothing will beat "YAAAS GAGA" in terms of icon status — an adaptation of the phrase ("YAAAS QUEEN") already made it to Broad City — but it's good to know that the offspring of such pop culture royalty is getting her fandom on early. If North West is already this vocal about her love for Gaga, at such a young age, can you imagine what pop culture contributions she'll make as she gets older? No under-the-radar fan fiction for this little lady — she's coming straight for the kind of catchphrases that will enter our vernacular soon enough.