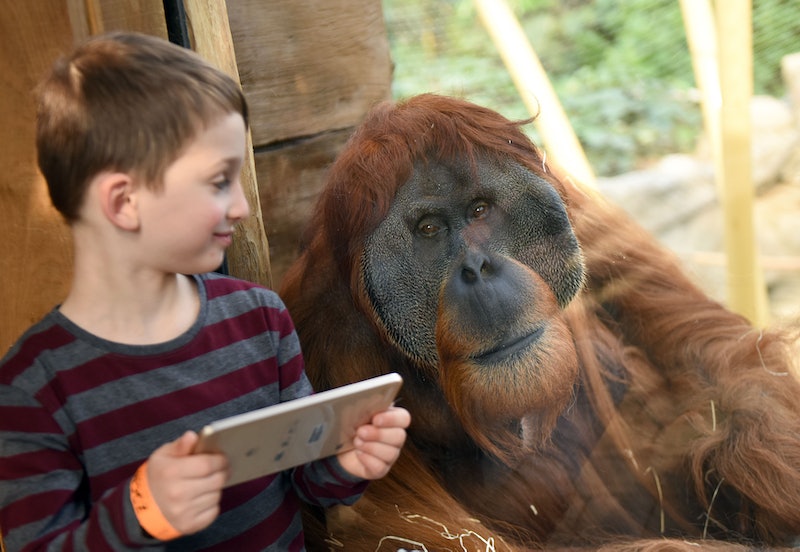 Elementary school students in Brooklyn, New York, are trying to save the world’s orangutans, one children’s book at a time. After learning about Budi, an orphaned orangutan who was kept illegally as a pet in Borneo, before being rescued by NGO International Animal Rescue, John W. Kimball Learning Center’s fifth graders wrote and illustrated a book about Budi — and they’re donating the proceeds of their sales to International Animal Rescue. I don’t know about you, but fifth graders definitely weren’t this cool when I was a kid.

The book is called One Special Orangutan: The Story of Budi , and it is written from the perspective of Budi himself. The fifth graders, who dedicated months of time from their lunch and recess to write and illustrate the story, wrote about the loss Budi’s home due to rainforest destruction, the ten months he spent living as a pet in a tiny chicken cage, and his rescue. They also include information about the challenges facing all of Indonesia’s orangutans, and offer advice for other kids who want to help save the orangutans too.

According to National Geographic, the fundraising these ambitious fifth graders hope to accomplish is more important now than ever:

In addition to fundraising, the students also hope to build awareness about the endangerment of Indonesia’s orangutans, as well as other animals across the globe. To that end, One Special Orangutan is actually the third in a series of books written by the fifth graders. The others include One Special Rhino: The Story of Andatu , which tells the story of the first Sumatran rhino — a critically extinct species numbering fewer than 100 across the globe — who was born in captivity in Indonesia; and One Special Elephant: The Story of Penelope Petunia , which features a baby forest elephant living in Dzanga Bai — the most active forest in the Central African Republic — who is threatened by poachers. And so far, conservationist extraordinaire Jane Goodall has written the forwards to all of them. Pretty cool.

Head over to Amazon to do your part, by buying them all. I promise they're seriously so adorable, you won't be able to resist.