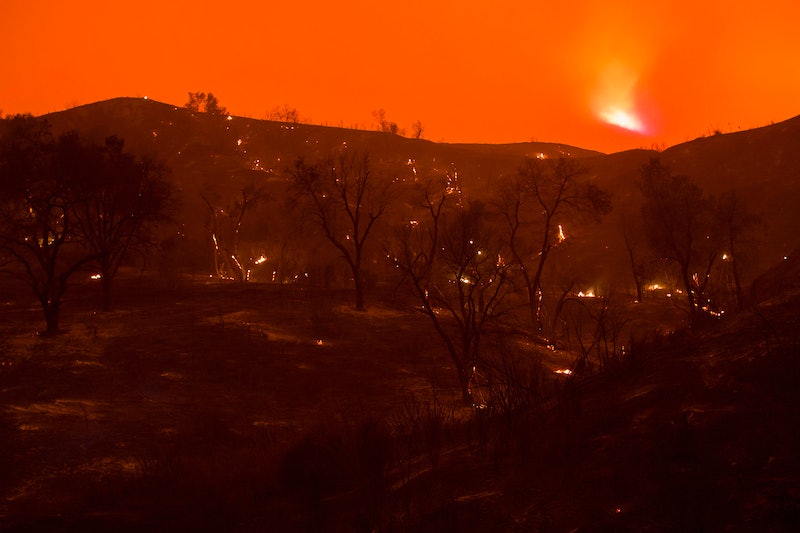 During the third day of the Democratic National Convention, some attention was finally paid to climate change, one of the most unambiguously existential issues in modern political life. Regardless of your nationality, your race, your religion, or your views on matters of domestic or international policy, there's no getting around the fact that climate change knows no boundaries — there's no national border that can hold back a changing global climate. And the DNC rolled out a star-studded video on the topic on Wednesday night: the "Not Reality TV" DNC video on climate change that seeks to hold Republican president nominee Donald Trump to account for his denial.

It's a dramatic, slickly cut together video, there's no doubt about that. And while the presentation might come off a little apocalyptic, that's quite obviously the tone it means to strike — in terms of widespread environmental chaos and impact on not just America but the world, issues don't get much bigger.

The video, which clocks in at slightly more than five minutes, is a product of legendary Hollywood director James Cameron and Maria Wilhelm, a co-producer of Years of Living Dangerously, a Showtime series which highlights stories of people impacted by climate change around the world. It also features appearances by Don Cheadle, Jack Black, America Ferrara, and California's former Republican Gov. Arnold Schwarzenegger.

Needlessly to say, there wasn't much conversation about climate change at the Republican convention, and certainly nothing that sought to elevate awareness and concern. To the contrary, the GOP has steadfastly treated it like a common political issue, open to distortion and dismissal like any other, and that's a very dangerous tack to take with something that's so important, and a matter of hard science.

Notably, the Republican Party's nominee, Donald J. Trump, has himself repeatedly denied the existence of climate change, and derided it as a "hoax." In one particularly memorable example, he tweeted, "The concept of global warming was created by and for the Chinese in order to make U.S. manufacturing non-competitive." While not all Republicans are quite as brazen as this — some dodge questions on the climate with answers like "Hey, I'm not a scientist" — it speaks to the dilemma that conservatives who also accept the science on climate change have so often faced, left out in the cold with few places to turn.

It'll be interesting to see what kind of buzz the video generates, dramatic as it is. Obviously, you can never be too sure just how much influence this sort of thing will have, since so many would-be voters are already safely tucked away in their respective corners. But if you missed it live and want to watch it, you're in luck — you can see it embedded above, or through this link.