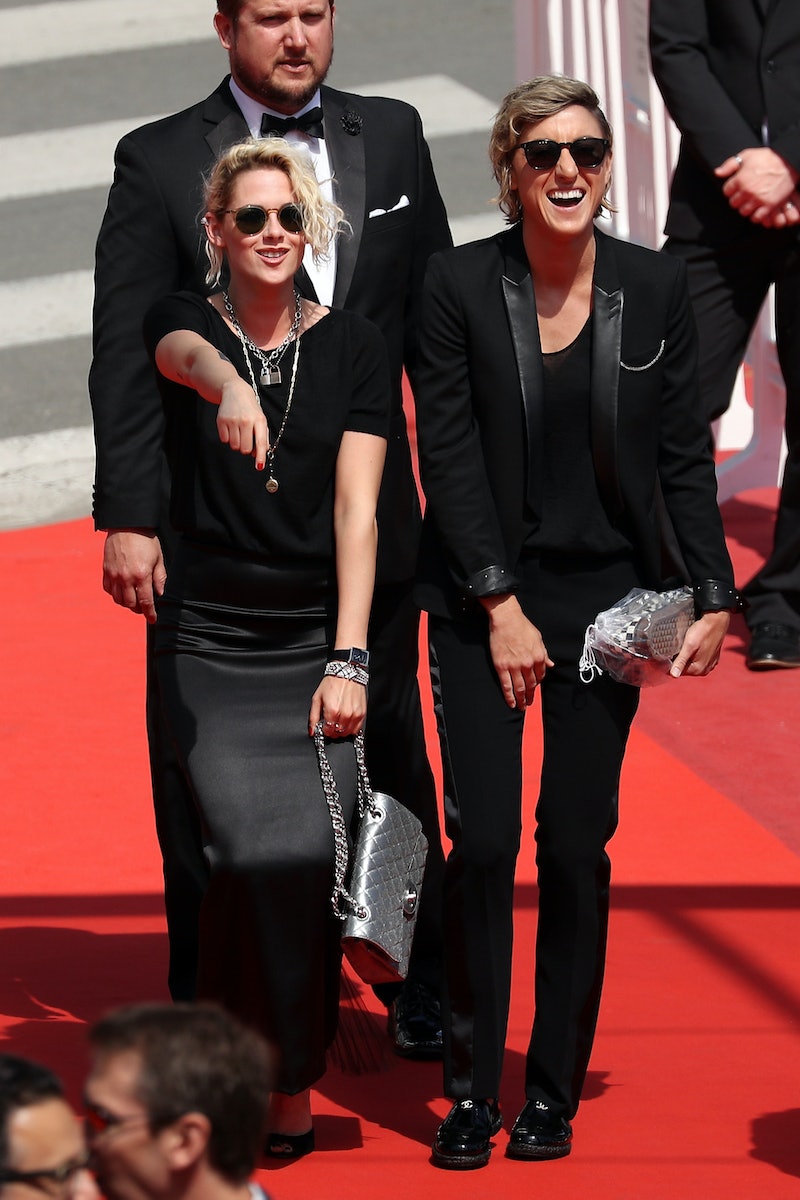 It's almost been a year of dating (well, with a couple breaks in between) for this celebrity couple, so you just might be wondering how Kristen Stewart and Alicia Cargile met. Even though they usually remain pretty mum about their relationship (save for that September 2016 cover story K. Stew did with Elle UK), how they started dating really isn't that much of a mystery. Like it goes with many couples, it appears that work brought the Café Society star and Cargile together. Seeing as they both are part of the entertainment industry, it only seems logical they wound up meeting at some point in time.

According to an April 2015 Entertainment Tonight article, Cargile was formerly Stewart's personal assistant. It's unclear if that's how they met, or if they knew of each other before. However, when you're working that closely with someone, there's no doubt you form a close connection.

In addition to being a personal assistant, Cargile also works in the same business as her girlfriend, which possibly brought them even closer together. Per her LinkedIn profile, Cargile is a freelance visual effects producer. They just might end up working side by side in the future, too. Regarding Cargile's time as a personal assistant, she probably knew the ins and outs of Stewart's life. It would also be easy to get sick of that person and handling their daily life, but apparently that's not how it went for these two. Their relationship formed into something romantic and is also something the Twilight actor cherishes.

While discussing her girlfriend with Elle UK, Stewart dished, "I think also right now I'm just really in love with my girlfriend. We've broken up a couple of times and gotten back together, and this time I was like, 'Finally, I can feel again.'" When someone describes their significant other by saying they "can feel again" around them, you know it's serious. Also, how adorable is that?

Whether you're all about pursuing a relationship with someone you work with or it's something you disagree with, there's no denying that Stewart and Cargile found a way to make it work.