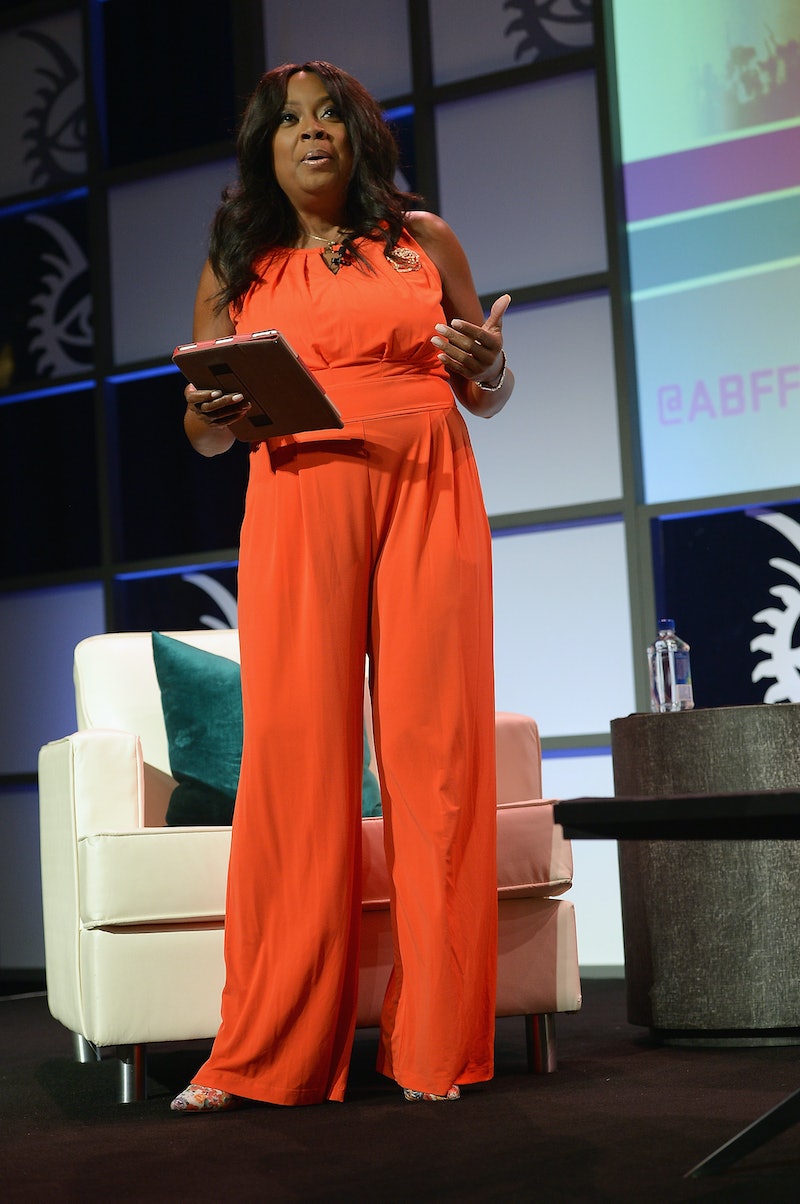 On the third day of the Democratic National Convention, Star Jones made some powerful statements. The television personality, lawyer, author, fashion designer, and president of the National Association of Professional Women spoke about her support of Hillary Clinton and why she's voting for her come November. And the transcript of Star Jones' DNC speech shows that her experience has led her to support another professional woman.

Jones, who was one of the original hosts on ABC's The View, stumped for Clinton as early as October of last year in Greenville, South Carolina, as part of an initiative to attract black voters, CNN reported. And she doubled down on that support on Wednesday, as she spoke about Clinton, how long she's known her, and how she's been waiting for Clinton to run for a long time.

"I'm pleased to be the president of such an incredible organization," said Jones in a statement. "And tonight, not only will I be representing myself, but the women I work hard for. I have always believed that women can do whatever they put their mind to and today is the day that I take the stage to be a part of history on behalf of women everywhere."

Read what Jones had to say about Clinton below, before she introduced a video about the crisis in Flint, Michigan.

"I will fight for you," she said, "no matter how long it takes." I have known Hillary Rodham Clinton for over two decades now. And years ago, when she visited us on The View, when you decide that you are ready to be the first woman president of the United States, I'll be there to help.

So, here I am! But most importantly, here we all are. And we are all with her, because she has always been with us!

As a former prosecutor, I like to deal in facts. Here's a fact: "There has never been any man or woman more qualified for this office than Hillary, ever."

Here's another fact: Nobody else in the race has the same unique connection to women, children, families, and our day-to-day challenges.

And that's very different from some very loud, obnoxious, race-baiting folk on the other side, who I also know…

Nowhere do we need a president who cares about all Americans more than in the place we're about to visit: Flint, Michigan.