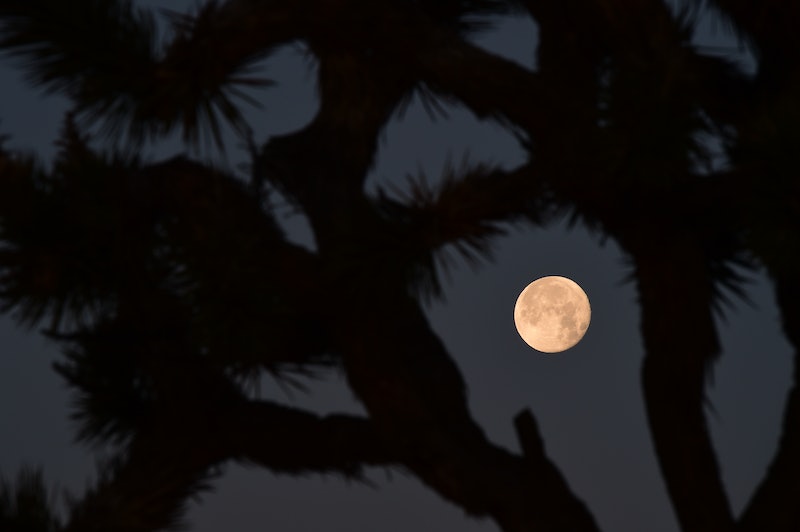 When people think of poetry, most often they think of a romantic, meaningful genre of writing within which people can express their deep wells of love, admiration, and longing. This is not that poetry. The creepy poetry on this list proves that poetry doesn't have to be cute and that, like any creative form, it can be used in any number of ways. In this case, poetry is used to create dark, unnerving stories and scenarios, none of which are even remotely pleasant.

These poems aren't all about monsters and death. That would be too easy. Sometimes what's really creepy is saying stuff that sounds real, stuff that you may have thought about or wondered at some point in your life. They play with our minds and leave us stunned and confused. You may not love all of the poems, but you (probably) can't deny that they stand out from the crowd.

I can't guarantee that you'll get chills, but I'm willing to bet that at least one of these poems will catch you for a minute.

1. "I Felt a Funeral, in my Brain" by Emily Dickinson

Just read until the end. That's where the creepiness really sinks in.

"I felt a Funeral, in my Brain,

And Mourners to and fro

That Sense was breaking through –

And when they all were seated,

My mind was going numb –

And then I heard them lift a Box

And creak across my Soul

With those same Boots of Lead, again,

Then Space – began to toll,

As all the Heavens were a Bell,

And Being, but an Ear,

And I, and Silence, some strange Race,

And then a Plank in Reason, broke,

And I dropped down, and down –

And hit a World, at every plunge,

And Finished knowing – then –"

Detailing the horrors of being black in a deeply racist world. Still, painfully real today.

"For the dim regions whence my fathers cameMy spirit, bondaged by the body, longs.Words felt, but never heard, my lips would frame;My soul would sing forgotten jungle songs.

I would go back to darkness and to peace,But the great western world holds me in fee,And I may never hope for full releaseWhile to its alien gods I bend my knee.

Something in me is lost, forever lost,Some vital thing has gone out of my heart,And I must walk the way of life a ghostAmong the sons of earth, a thing apart;For I was born, far from my native clime,Under the white man’s menace, out of time."

A poem grounded in the horrors of mental illness, by an iconic writer. Take your time reading this one.

"I shut my eyes and all the world drops dead;I lift my lids and all is born again.(I think I made you up inside my head.)

The stars go waltzing out in blue and red,And arbitrary blackness gallops in:I shut my eyes and all the world drops dead.

I dreamed that you bewitched me into bedAnd sung me moon-struck, kissed me quite insane.(I think I made you up inside my head.)

God topples from the sky, hell’s fires fade:Exit seraphim and Satan’s men:I shut my eyes and all the world drops dead.

I fancied you’d return the way you said,But I grow old and I forget your name.(I think I made you up inside my head.)

I should have loved a thunderbird instead;At least when spring comes they roar back again.I shut my eyes and all the world drops dead.(I think I made you up inside my head.)”

This is another one that gets you in the very last line. Don't skip ahead, or you'll ruin it.

This one is creepy because of a monster. No reading between the lines required here.

"They hanged John Farrel in the dawn amid the marketplace;At dusk came Adam Brand to him and spat upon his face."Ho neighbors all," spake Adam Brand, "see ye John Farrel's fate!"Tis proven here a hempen noose is stronger than man's hate!

For heard ye not John Farrel's vow to be avenged upon meCome life or death? See how he hangs high on the gallows tree!"Yet never a word the people spoke, in fear and wild surprise-For the grisly corpse raised up its head and stared with sightless eyes,

And with strange motions, slow and stiff, pointed at Adam BrandAnd clambered down the gibbet tree, the noose within its hand.With gaping mouth stood Adam Brand like a statue carved of stone,Till the dead man laid a clammy hand hard on his shoulder bone.

Then Adam shrieked like a soul in hell; the red blood left his faceAnd he reeled away in a drunken run through the screaming market place;And close behind, the dead man came with a face like a mummy's mask,And the dead joints cracked and the stiff legs creaked with their unwonted task.

Men fled before the flying twain or shrank with bated breath,And they saw on the face of Adam Brand the seal set there by death.He reeled on buckling legs that failed, yet on and on he fled;So through the shuddering market-place, the dying fled the dead.

At the riverside fell Adam Brand with a scream that rent the skies;Across him fell John Farrel's corpse, nor ever the twain did rise.There was no wound on Adam Brand but his brow was cold and damp,For the fear of death had blown out his life as a witch blows out a lamp.

His lips were writhed in a horrid grin like a fiend's on Satan's coals,And the men that looked on his face that day, his stare still haunts their souls.Such was the fate of Adam Brand, a strange, unearthly fate;For stronger than death or hempen noose are the fires of a dead man's hate."