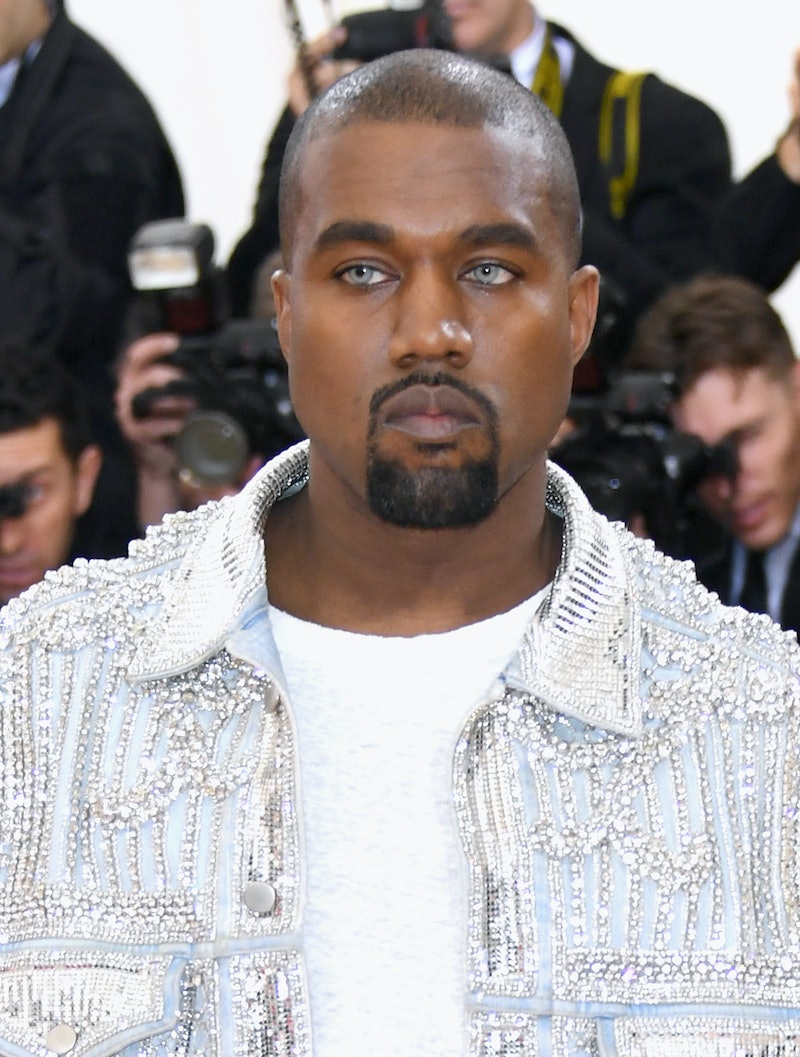 Kanye West and his on and offstage antics are a gift that keep on giving. He's got strong opinions on essentially everything under the sun, and they usually come off as abrasive, super intense, and not particularly humble. That's just Kanye West, right? Well, like other human beings in this world, even the almighty Mr. West has his downfalls and in a shocking revelation in the September 2016 issue of Harper's Bazaar, Kanye West admitted that he doesn't like photos of himself, showing a rare moment of insecurity and reality that we don't often see from him.

I know, I know. Compared to other people, saying you don't like photos of yourself or showing any signs of insecurity isn't that big of a deal, but it's kind of a big deal when it's coming from Kanye West, self-appointed "Yeezus." In the "Icons: In Bed With Kim And Kanye" profile, West opened up in an endearing way, and "endearing" is not a word I often use to describe him. He is honest in a more humble way, but even in his statement about his vanity, he seems to grapple with how to voice his opinion. He said,

"Yeah, I think [Kim Kardashian] has vanity. And with me, I don't give a f*ck bro; it is what it is. I'm the best — now what? I don't know if that's a vain statement. I don't particularly like photos of myself, though."

He calls himself "the best" but then goes on to discuss not liking photos of himself. I never thought I'd say this, but West seems to struggle with upholding his image of a God-like celebrity, while still maintaining being a human. West and Kardashian are in a bizarre vacuum of celebrity, so having a normal relationship with self-image is bound to be difficult, and I enjoy the moments when someone like West lets that shimmer of reality come through. For the first time, I almost want to tell him, "Kanye, you look good, boo! Keep doing you!"

When asked plainly about his insecurities, West also opened up about about his previous claim that he was $53 million in debt, which many fans found a shocking admission. He told Harper's,

I guess he is now living by the motto "the truth shall set you free." He doesn't have insecurity about public perception, but he seems to be keenly aware of how he is perceived in the public eye, particularly in images and photographs. This dichotomy is an example of the way West navigates through his life and celebrity: brashly, but always complex. In these statements about his insecurity, West is showing, even if just slightly, that he is trying to juggle all of the aspects of his character, both in his public and private life, which cannot be an easy feat for anyone.

I think there is a lot more to him than we think, and I look forward to seeing his softer, more human side come out a bit more. Kanye West is just a normal person who is sometimes really feeling himself, sometimes insecure in pictures and his finances, and is just trying the best to express himself in the world. Wait, is Kanye West me?

More like this
Are The Names Of Kim K & Kanye's Kids Tattooed On Pete Davidson's Neck?
By Bustle Editors
Watch Pete Davidson Joke About The “Really Weird” Kanye West Drama On Stage
By Brad Witter
Kanye Walked Out Of Kim's 'SNL' Monologue Because Of These 2 Words
By Jake Viswanath
20 Celebrity Couples Who You Forgot Dated In 2002
By Jake Viswanath
Get Even More From Bustle — Sign Up For The Newsletter