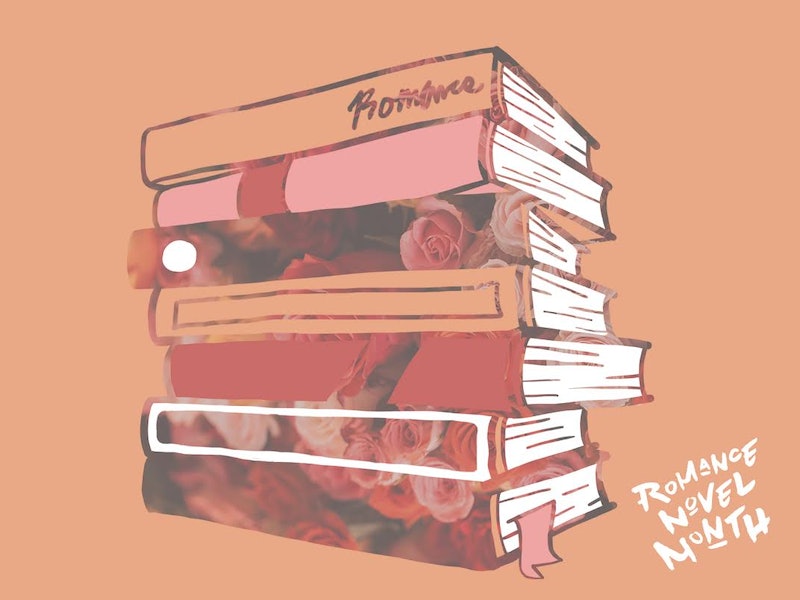 It's officially Romance Novel Month at Bustle, a 31-day celebration of our favorite romance novels and the women behind them — the writers, the publishers, the editors, the publicists, the agents, and of course, the readers. To kick off the month, here are 10 new romance novels coming out in August 2016 to enjoy during these final days of summer.

It's always a good time to indulge in a romance novel, but these books make for particularly enchanting reading during the hazy days of late summer. August always bring with it plenty of sweltering heat and tempestuous thunderstorms, leaving us all soaked in sweat and rain and sea and desperate for the first rustles of an autumn breeze. But don't be so quick to say farewell to summer — the blistering temperatures make it the perfect time to dive into something equally steamy.

This month, romance readers will be treated to new novels from heavyweights in the genre, like Susan Elizabeth Phillips, who has returned to her Chicago Stars series for the first time in 12 years. But plenty of debut novelists are also making waves this month, including Sally Thorne, an Australian author whose novel was inspired by a single word: "nemesis."

Whether you're beating the heat indoors with the AC or outside by the pool, you'll want to have one of these 10 romance novels by your side:

This is my favorite book I've read this summer. Lucy and Joshua works 10 feet away from each other as assistants to the co-CEOs at a publishing company. Because of their close proximity and long hours, they absolutely, positively hate each other. But when their hate turns into burning lust, they have to reconsider their relationship — especially when their bosses announce that a huge promotion is up for grabs... for one of them.

Susan Elizabeth Phillips is back, and so are the characters from her beloved Chicago Stars series. Piper is a down-on-her-luck private detective, and Cooper Graham is a former QB who now owns one of Chicago's hottest clubs, Spiral. When Piper goes undercover in Cooper's club, she discovers that he has more than one enemy — and he could be in serious danger. As Piper attempts to discover who's behind the vicious attacks at Spiral, she must also come to terms with her own burgeoning feelings for the club's prickly owner.

In her newest historical romance, Sarah MacLean brings it all to the table: a punny name, a lonely heroine who's been thrust into a reputation-ruining situation, and of course, a coldhearted Duke on a mission to get rid of the unwanted ward he inherited along with the title he hates.

Taylor Reed, the owner of an executive training program, is taking on her toughest client yet: Bennet Wade, a stoic CEO with a lot of smarts but not a lot of social skills. The two have a shared history — a bad history — and Taylor hasn't ruled out using this as an opportunity to get revenge. For the next few weeks, she'll follow where he goes — Japan, Bali, Paris — and attempt to transform him into the kind of CEO and man he wants to be. But she'll also learn a thing or two about the man he is... and she may even reconsider her desire for payback.

5. Just What I Needed by Lorelei James (Signet; August 2)

When Trinity Carlson spots her ex with his new girlfriend, she retaliates the only way she knows how: by kissing the breath out of the closest stranger she can find: Walker Lund. Trinity may have made a move out of jealousy, but her spontaneous reaction might just lead to a little more than she expected.

The Lawless siblings — including Riley — want revenge against the CEO of StratCast, whom they believe orchestrated the murder of their parents 20 years ago to steal their father's software program. When Riley gets hired as the attorney to the company's new CEO, Ellie, he has one mission on the brain: payback. But the two quickly form a bond that extends beyond their offices and beyond the nine-to-five. Can Riley give up his dreams of revenge?

Lady Dorothea Beaumont is done with the prospect of finding love after four failed seasons. Nope, marriage isn't in her future, and she plans to move to her aunt's Irish estate to live a life of spinster freedom and solitude. Until, of course, the Duke of Osborne ruins her plans.

9. Can I See You Again? by Allison Morgan (Berkley, August 9)

I'm a sucker for stories about matchmakers, so Can I See You Again? is my ideal summer read. Bree Caxton, the matchmaker in question, is amazing at finding love for other people. So great, in fact, that she has a book coming out. But she's not great at following through on her own love stories. When she gets cold feet and leaves behind her perfect boyfriend, she's forced to deal with the fallout of a broken relationship on her career — her career that depends upon her finding her own happily ever after. So she turns to her one matchmaking failure, Nixon Voss, for help, and asks him to fill in as her fake boyfriend.

A must-read for paranormal romance fans looking for short and sweet snippets to dive into by the pool. In this collection, Nalini Singh brings readers four sexy stories that take places within the universe she's created, a place where you can either be a shapeshifter (a changeling) or a Psy (a race of peoples who are connected to each other by a mental link in their mind.) If you enjoy these stories, you're in luck: Singh has written dozens of novels and novellas in this universe.

Throughout the month of August 1, Bustle is hosting Romance Novel Month, a month-long celebration and examination of the romance novel genre. But don't worry, romance readers: the coverage won't end in August. We're proud to support romance novels, and we will continue to do so all year long.