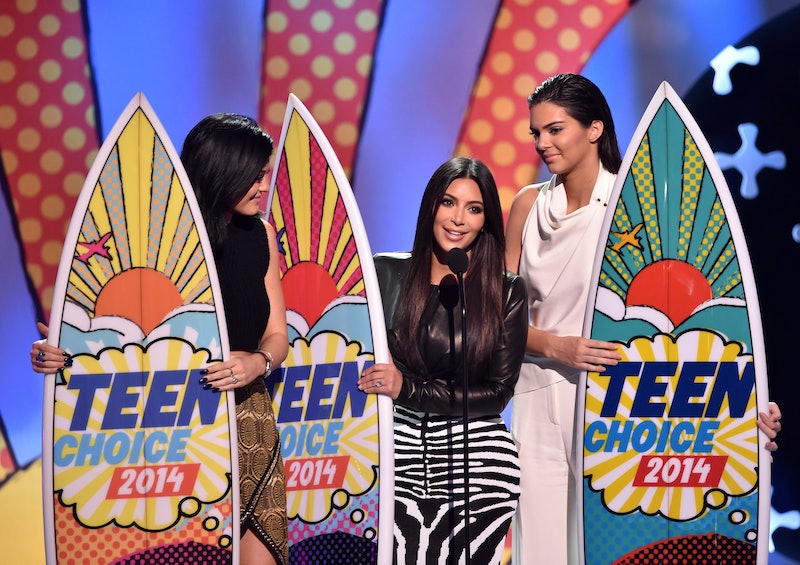 It's that time of year again to embrace an event that makes every adult feel like a youthful teen (if only for a few hours): the 2016 Teen Choice Awards! From Pretty Little Liars and Empire to pretty much every CW show under the sun, this year's list of nominees is sure to make this ceremony an A-list affair. However, there's one person in particular that I'm hoping to see grace the screen on this star-studded night — the lovely Kim K herself. So will Kim Kardashian attend the 2016 Teen Choice Awards? Considering the fact that she's nominated for multiple categories, including Social Media Queen, Choice Instagrammer, and Choice Selfie Taker, I'd say she has more than enough incentive to come since the odds of at least one win are very much in her favor.

In addition, her family's hit series Keeping Up with the Kardashians has also been nominated for Choice TV: Reality Show, so it could even become a family affair if their schedules allow it. Then there's also the fact that Kim's husband Kanye West is also up for numerous awards, including Social Media King, Choice Twit, and Choice Style: Male. So they could both be there to support one another on their individual nominations.

Unfortunately, though, there's currently no concrete evidence out there thus far that guarantees she'll make an appearance. In fact, E! News recently announced an exclusive list of who would definitely be attending the Teen Choice Awards this year and Kim Kardashian's name was nowhere to be found. And you'd think, given E!'s close relationship with the Kardashian clan, if any outlet would know were to know that she was coming, it would be them. Even Kim's social media accounts haven't given any indication of whether or not she'll gracing the TCA with her presence. But that doesn't necessarily mean all hope is lost. After all, it's not as though Kim hasn't attended the Teen Choice Awards in the past...

I suppose it's possible that in light of all of the Taylor Swift drama that's lately come to a head, she may not to risk bumping into her at the event if they're both in attendance. (Can you say awkward?) But then again, it doesn't seem in Kim's nature to back down or let a possible encounter keep her from living her life. So odds are, if she doesn't attend it's probably because her jam-packed schedule wouldn't allow it. But I have to admit, the awards show just wouldn't be the same without her.