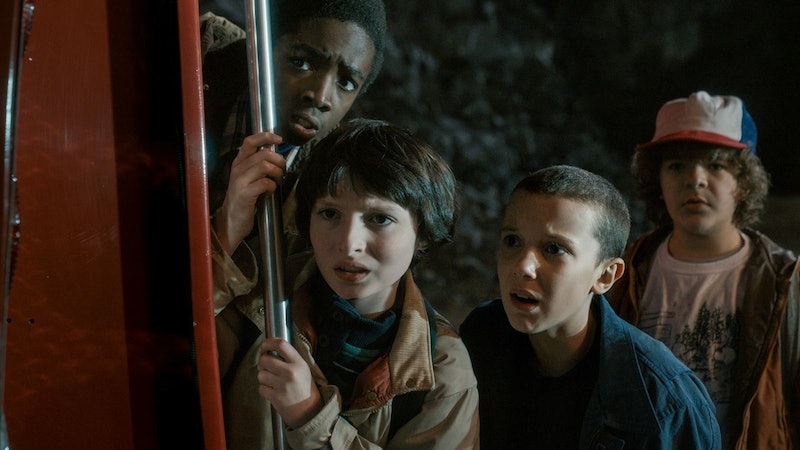 Have you finished the phenomenal crop (circle) of episodes that is the first season of Netflix original series Stranger Things? Are you devastated that the first season is over? Are you devastated that you’ll never again be able to watch the first season for a first time? And do you wish you could hang out in the simultaneously creepy and pleasant world created by the Duffer Brothers forever? And are you obsessed with the show's theme song? And are you obsessed with the entire spooky ‘80s synth-driven score? And do you wish you could carry the Stranger Things score around with you at all times? Maybe you would, I don't know, like to carry it around in your back pocket or purse or backpack by way of your cellular device’s music library? Well, you're going to want to buckle your bike helmet for this one: As FACT points out, the scripted sci-fi show's Facebook page announced that the Stranger Things soundtrack will be out soon. Yup, the show's hauntingly soothing and soothingly haunting score, which was composed by Kyle Dixon and Michael Stein of Austin-based band S U R V I V E, is headed our way.

I don't know about you, but — spoiler alert! — I'll probably fire up the Stranger Things soundtrack every time I'm bummed I'm not watching Season 1. (Seems like a solid way to cope with missing the show, no?) Oh, and — spoiler alert! — I'll probably fire up the OST every time I'm bummed Season 2 hasn't happened already. ...So I guess that means I'll be listening to the Stranger Things soundtrack on repeat for months on end? Sounds groovy to me.

Ugh, I'm so excited I could crush a Coca-Cola can with my mind!