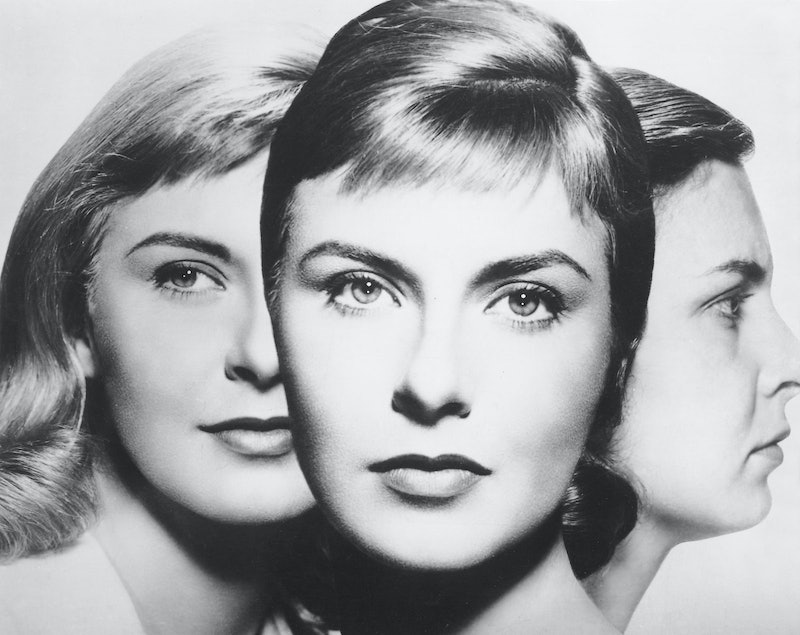 It's a pretty familiar trope in Hollywood: somebody suffers from "multiple personalities," gets into scrapes when one does something the other doesn't know about, or, in the case of M. Night Shyamalan's new flick Split, has over 20 separate "personalities" in the body of James McAvoy, all of which appear to be involved in the kidnapping of teenage girls. But how true is this depiction of what is, at root, a very contentious disorder with a slightly bizarre history? The answer, in short, is "not very". For one, multiple personality disorder has been reclassified as "dissociative personality disorder," and for another, it's got a lot more subtlety than people usually give it credit for. And that's when psychologists aren't arguing about whether it even exists. It's a complicated disorder.

It's easy to view the idea of multiple personalities as a con, and as we'll discover, the use of the disorder as a lie to impress the media or attempt to avoid punishment has been a definite part of its history. But does that mean discrediting it entirely? We're still trying to understand how and why separate personality "fragments" may exist in one individual, and how much of it can be put down to suggestion and an overactive imagination. But if you want to understand what's really going on, I've put together a (very basic) guide.

So how real are the existence of "alters," or alternate personalities, in the psyche of dissociative personality disorder sufferers? Are we all being fooled? Or is this a lot more complex than it first appears?

The main issue with calling it "multiple personality disorder," as Psychology Today explains, is that it doesn't seem particularly accurate. The condition "is characterized by a fragmentation, or splintering, of identity rather than by a proliferation, or growth, of separate identities," which means that a lot of Hollywood portrayals of full-grown, elaborate identities with nothing to do with one another is just a silver-screen invention. People with DPD have a personality with a lot of different fragments who can't seem to coalesce together.

The first case of "multiple personalities" seems to have been recorded in 1791, in which a young woman appeared to have both a French and a German identity, and to totally disbelieve in the existence of the other identity when occupying one. It then went under the radar for some time, but created a massive spike of interest in the 1970s with the publication of the book Sybil, about the treatment of a patient with nearly 20 distinct personalities, all of whom appeared and disappeared over the course of treatment. The real "Sybil" (it was a pseudonym) admitted in 2011 that all the personalities she displayed were in fact her own inventions, designed to get more attention from her psychiatrist; but the development of multiple personality disorder diagnoses had begun, and it attained more legitimacy as the decades wore on.

In 1994 the DSM-IV declared that multiple personality disorder was now a defunct category, and raised the possibility of the dissociative personality disorder as a replacement, with the specific diagnosis that the various personalities shouldn't "remember" one another. It's been, overall, a very odd historical ride.

2. Does It Really Exist?

Now we get to the key question: do multiple personalities and dissociative personality disorder really exist? There are a lot of questions around it, though current psychological opinion is sufficiently on its side that it's still included in official diagnostic material. There are a few of the objections against the disorder's validity, though: how do we know that therapists aren't encouraging patients into "performing" it? Are patients just suggestible through hypnosis, even if they "believe" they really do have multiple personalities? If it's associated with childhood trauma, why doesn't it happen more universally in people who've suffered it? Is it actually an uncommon form of schizophrenia?

A study from 2012 appears to corroborate that, in some people, DPD really does exist. The researchers, from Kings College London, did brain imaging on 29 people, some of whom had been diagnosed with DPD, and found that brain activity, cardiovascular reactions, and general bodily symptoms were genuinely different in people with DPD. A couple of studies in 2003 and 2006 also found that people with DPD reacted differently to trauma "scripts" when they were experiencing different personalities, from pulse and blood pressure to blood flow in the brain. There seems to be some biological basis for it; its not just a matter of "overactive imaginations."

There is, as Medicine Net points out, a problem with some people pretending to have DPD in criminal investigations, including people with antisocial personality disorders or Munchausen's Syndrome; but for the moment it's an accepted part of psychological diagnosis. Interestingly, it's much more commonly diagnosed in women than in men.

3. What Are The Symptoms?

The specific diagnostic criteria for dissociative personality disorder set out in the DSM-IV and V are fourfold: You've got to have at least two distinct personalities in which one is always "present" (i.e., you can't have periods where there's a "blank space" personality-wise); at least two of the identities need to repeatedly take "control" of your behavior and reactions; you need to have amnesia of the other personalities when occupying a particular one; and it can't be due to drugs, alcohol, or any other substance that might influence your judgement.

There are other things that are meant to augment this and help professionals make an effective diagnosis. The mental health advice centre Healthy Place points out that "severe distress and impairment of functioning" should accompany the disorder, but that it also can't be part of any religious or cultural functions; it can't be "suggested" by anybody else, in other words. (The Greek Sibyls, the oracles for whom the infamous "Sybil" was likely named, would be disqualified on this basis: they attained their "future-telling" capabilities as part of elaborate cultural rituals in temples, and may also have been influenced by various psychotropic substances.)

The National Institute for Mental Illness (NAMI) elaborates that the "personalities" in DPD often have "unique names, characteristics, mannerisms and voices," and that the disorder is characterized by amnesia gaps. It's also, according to them, likely to manifest at almost any age. But where does it come from?

The general theory about DPD is that it emerges from some kind of severe childhood trauma. If we turn to NAMI again, they explain that it seems to manifest itself in response to trauma related to either physical, mental, or sexual abuse in the subject's childhood, resulting in fracturing of identity; but it can also be diagnosed in response to trauma caused by war or natural disasters. In a review of the current therapeutic perspectives on DPD, Alexandria Cherry explains that the theory is as follows: people with DPD create a "mental split or "dissociation" as a defense against [...] trauma," including different personalities, which were often called "alters" in diagnoses of multiple personality disorder. It's meant to be a giant coping mechanism, basically; one personality can't "cope" with all the stress and psychological pain of the trauma, and splits itself up to make the work easier, in a weird kind of psychological delegation.

The International Society for the Study of Dissociation gives formal guidelines, emphasizing that "it is important for clinicians to keep in mind that the patient is not a collection of separate people sharing the same body. The DID patient should be seen as a whole adult person, with the identities sharing responsibility for daily life." The guidelines suggest not playing favorites among the different personality aspects, but pursuing a form of psychotherapy in which the person attempts to look at traumatic episodes in their past and "integrate" the different parts of their identity as much as they can. Trauma treatments are often part of DPD therapy, including eye movement desensitization and hypnosis; but it's all down to individual cases.