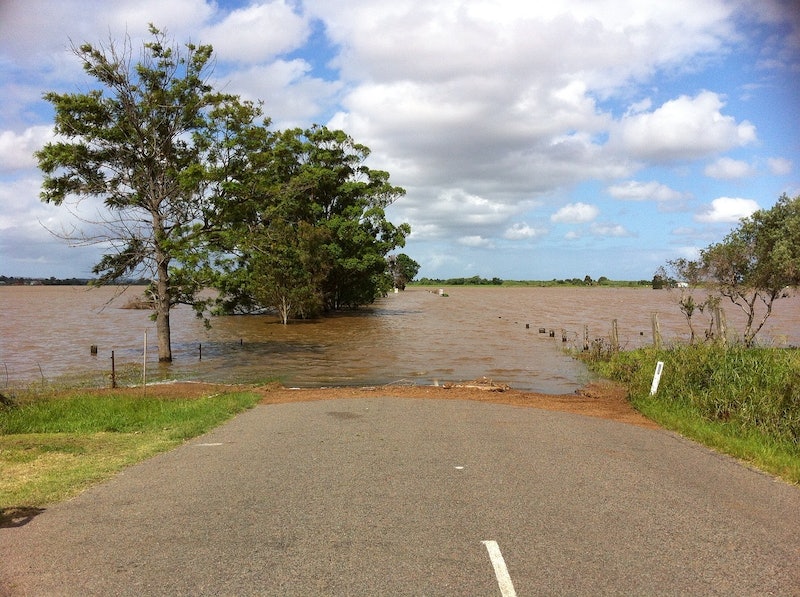 After a number of days of continuous storms and rain across the northeastern United States, some U.S. states may be facing floods this weekend. Certain areas in the Ohio Valley have already dealt with flash flooding in the last couple of days. For example, on Thursday, the Cincinnati area got more than three inches of rain in only two hours, quickly flooding the streets and stranding cars, while more than 20 homes in Bellevue, Kentucky, have been flooded. There have also been home evacuations in West Virginia and Pennsylvania.

More rain could continue to fall in these already-saturated areas through Friday and into the weekend, risking further flooding. Rain and storms will also move further into the mid-Atlantic and southern New England areas over the weekend. Accuweather reports that the areas most likely to receive rain and storms on Saturday and Sunday include Virginia, West Virginia, Maryland, Delaware, New York, and New Jersey. These areas may get between half an inch to two inches of rain, which may be enough to trigger sudden floods, especially in regions that are already soaked.

The Weather Channel is predicting heavy rain over southern New England on Friday afternoon; these storms may potentially deliver 1 to 3 inches of rain in a short span, increasing the risk of flash floods.

Here, you can see some of the flooding that’s already occurred in Ohio:

Flash flooding is very dangerous — in fact, the Department of Homeland Security says that flash floods are "the #1 cause of weather-related deaths" in the United States — so it’s important to keep tabs on any flood warnings in your area and to know what do to if you do encounter flash flooding. Ready.gov offers the motto “Turn Around. Don’t Drown!,” meaning that you should not attempt to traverse flood waters, either on foot or by car. If you run into a flash flood, get to higher ground. Half a foot of water can be powerful enough to sweep you off your feet, and two feet can make you lose control of your car. You can find more info about staying safe during flash floods at Ready.gov.

Thankfully, Accuweather reports that the wet weather should finally let up on Tuesday.