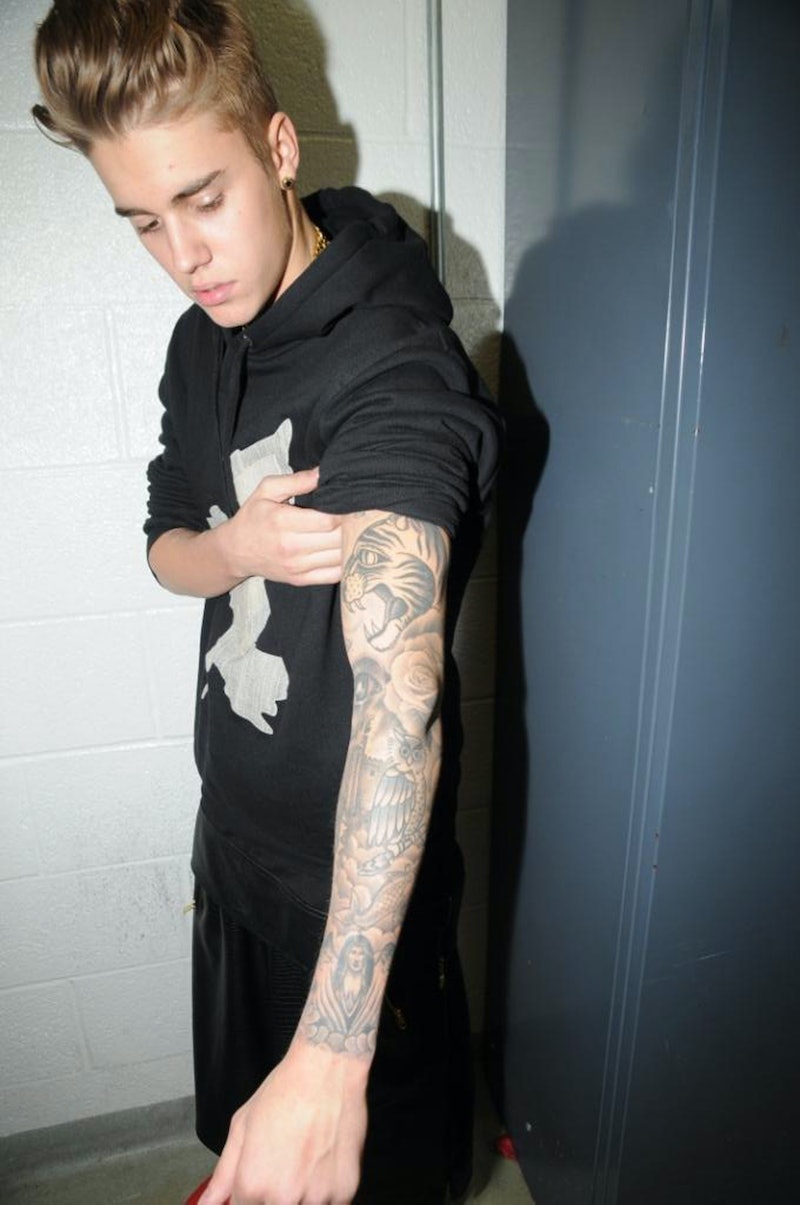 Now that Justin Bieber and Selena Gomez have been spotted together in Texas, it's official. They are evolving into their next phase, which will have decidedly less teen pop and decidedly more skin ink. With Gomez revealing that she went to rehab in January and Bieber recently arrested and tested for drugs, the couple has unequivocally made the jump from "Minnie and Mickey" to "Bonnie and Clyde."

Gomez showed off her new edge at their brunch together by ordering "pork chops with salsa," because she goes hard in the morning. To compensate for this act of aggression, Bieber may have shown her his tattoos, mug shots, or footage of him taking his urine test in Florida. Don't worry, parents, his kibbles and bits were blacked out to protect his privacy.

What else could the couple do in their new, grittier incarnation? The sky is the limit. I could imagine them cruising in Biebers' flashy cars, drag racing on the streets of Los Angeles while the wind plays with their well-conditioned hair. They stop at a local tattoo parlor to get matching ink of a baby Rottweiler that they adopted together. They take turns approaching passersby and giving them the creepy once-over sniff that Bieber employs in this music video.

Later that day, they drop acid in a field to recreate this music video.

Ultimately, the world is their oyster. The two pop stars are only just-turned-twenty (Bieber) and twenty-one (Gomez), and they already have the street credentials of older stars. Rehab? Check. Arrests? Check. They've been together as their younger, cleaner, selves, and now it's time to unleash the darker underbelly of their oft-interrupted relationship. "When you're ready, come and get it," say the holding cells, back alleys, and overflowing dumpsters of the world. And oh, get it they shall.