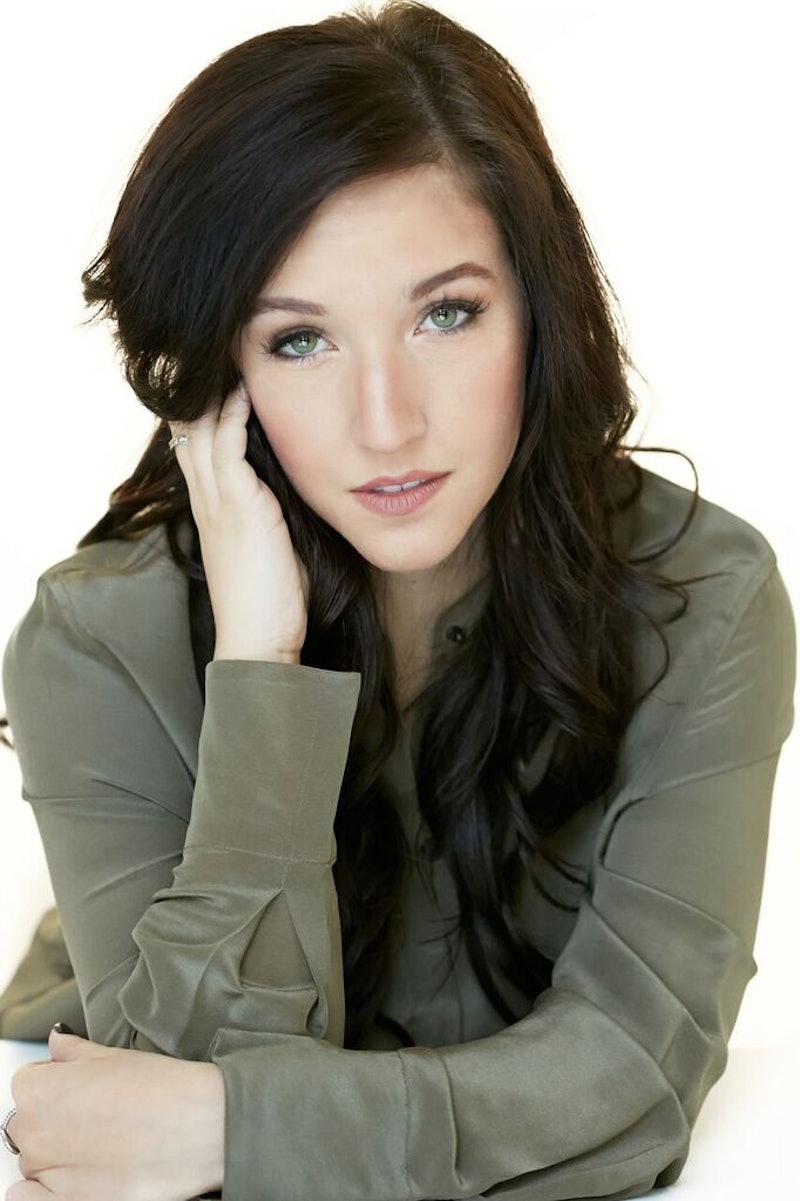 As all Dance Moms fans know, there's no shortage of drama at the ALDC. But there's one adult who always manages to stay out of the arguments and focus solely on the dancers. In an interview with Bustle, Gianna Martello talks about what it's like to choreograph for Maddie Ziegler, who won the Teen Choice Award for "Choice Dancer" on July 31. She's been working with Maddie since she was five years old and continues to have private sessions with her each week. Martello's relationship with Abby Lee Miller and the ALDC goes way back. She began training with Miller at age six, and was on her competitive team from the ages of 10 to 18. But, Martello always had a teacher's instinct — she began teaching at the ALDC when she was just 16.

Martello didn't always want to be a choreographer, but it comes naturally to her. "I originally wanted to be a dancer," she says. "But I was always the one in the room who noticed if someone was off or trying to tell people they weren’t doing the right thing. When I began assisting Abby, I realized how much I loved creating dances as well."

Martello's favorite aspect of choreography (both at the studio and on Dance Moms) is that she gets to create new pieces every week. "I get to express myself through the kids and find out what they really can do," she says. Although she's choreographed many amazing dances for Maddie, her favorite is "Hostage" — a contemporary piece that earned her first place as her time on Dance Moms came to a close.

It's no secret that Miller was absent for many episodes and Martello was left in charge of choreographing. She describes the experience as both stressful and rewarding:

"I never want Abby to come back and say 'I hate that routine' and I want her to okay everything because it’s ultimately her team and I want to make sure it’s up to her standards. On the flip side, there's less drama and commotion when she's not there and I can get more work done faster."

Despite Martello's anxiety of choreographing without Abby there, it's clear that she's more than capable — both for solos and group dances. Her favorite group dance is "The Atlantic," a lyrical piece that featured all seven girls. "I picked the music and the concept," she explains. "Usually the producers will have their ideas and song they want used, but this was all my own and I enjoyed that."

Martello has been teaching Maddie since she was in kindergarten, so it's clear they have a strong bond both personally and professionally. "I had privates with her long before the show started and I still have a standing private with her. She always finds time to come in," she says. They naturally click when working on a routine. "Maddie can read into my brain about what I want to portray into a routine. Her mind looks deeper and finds the detail." Martello still works with Maddie and Mackenzie in both the Pittsburgh and Los Angeles ALDC studios.

With Maddie moving on to other opportunities, Martello notes that there are two rising stars on Dance Moms to watch closely. "Brynn is an amazing addition to the team. She’s very versatile and we needed a new strong team member," she says. And we'll meet a very talented new member of the mini team when 6B kicks off — Liliana is another dancer who Martello says will shine.

Martello has more choreography experience than many of us realize — for example, Meghan Trainor recently posted a video to her website that was choreographed by Martello.

She's also choreographed music videos for Kendall and Mackenzie. Martello's quick on her feet — she describes the first time she brought Maddie to dance in a music video, Alexx Calise's "Cry." When they arrived on the set, they were told they needed choreography for the entire song. (Maddie's original dance was choreographed to an abbreviated version of "Cry.") "So, I taught her new choreography on the set," Martello recalls. Despite the incredibly short notice, it's clear that both Maddie and Martello rose to the occasion and the results were stellar.

When the show began, Martello was still juggling college classes and teaching — she had no idea it would make the cast overnight celebrities. "Originally, we just thought it was a documentary and then it got bigger and bigger," she remembers. "We were nominated for awards, we traveled to Australia and had more fans and [Dance Moms] is somehow still growing."

Martello and the rest of the cast divide their time between Pittsburgh and Los Angeles — but she absolutely loves Los Angeles and describes it as "perfect." In her rare spare time, Martello enjoys music, shopping, and browsing Pinterest. Although her main asset to the ALDC dancers is her amazing choreography, Martello definitely deserves major credit for keeping herself and her students out of the drama. "I need to keep the kids focused on rehearsals because we're learning so fast. If there's drama with me or the kids, I try to shut it down as quickly as possible and just do my job."

It looks like we'll see a lot more of Martello's choreography in Season 6B — she teased some new solos and group dances that she's excited about. I predict viewers will love them, because her track record is seriously impressive.