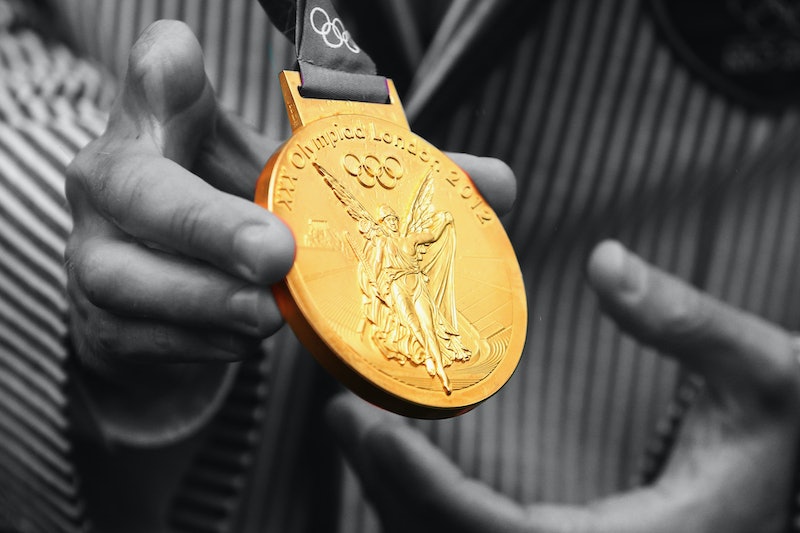 With the 2016 Rio Summer Olympics just around the corner, one of the questions that always pop up in viewers' minds is: Can Olympians sell their medals after the closing ceremonies have finished? It's happened before, and will definitely happen again. So, let's take a look at what happens when someone decides to sell their medal.

While most winning athletes like to hold on to their hardware as a reminder of their achievements, there are a myriad of reasons why an Olympic athletes would sell their medals. Sometimes they end up selling their medals because they fall on hard times, or have a costly health crisis. But other times, athletes choose to give their medals away to fund charitable causes.

The mechanics of selling a medal depend on the preference of the seller. Some choose to auction off their hardware at an establishment like Christie's or Sotheby's. Others have put them up on the internet on personal sites, like when 1968 track and field gold medalist Tommie Smith attempted to sell his.

There is also the resale market. Collectors sometimes choose to offload their stash, and others may want to expand their collections; as you can probably imagine, an Olympic medal is a pretty interesting conversation piece to have on the mantle.

Some of the notable medal sales that have taken place recently have been Polish swimmer Otylia Jedrzejczak's 2004 gold medal for the 200m butterfly. She had decided before the race that any golds that she won would be auctioned for charity — her medal ended up raising about $80,000 for kids with leukemia in her home country!

Another heartwarming story is when Ukrainian boxer Wladimir Klitschko ended up auctioning up his gold, the first ever won by an independent Ukraine. He ended up raising $1 million dollars for his foundation, which helps fund children's sport clubs, and create spaces for kids to play sports. As an added bonus, the medal was actually given right back to Klitschko by the buyer as a gesture of gratitude.

For those interested in historical medals, one of Jesse Owens' 1936 medals was purchased up for a cool $1.47 million. Owens famously competed in the 1936 Berlin games held under the Nazi regime; as a black American, his win was a symbolic repudiation of their racist, fascist ideology taking hold in Germany at the time.

There are a lot of reasons why a medal might be up for sale, but no matter what, it's easy to see why someone would want to lay out a serious chunk of change for the chance to own a piece of athletic history.