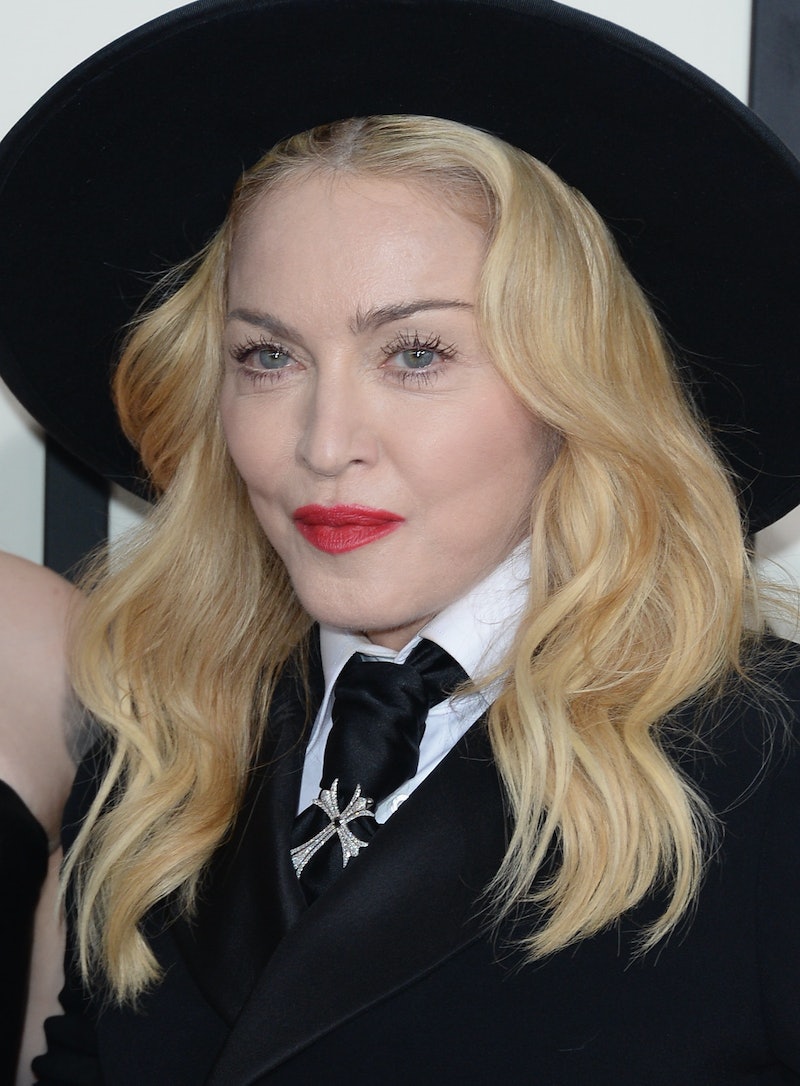 Sounds like The Queen of Pop (we're talkin' over three decades) coming back with something brand new. Madonna is set to collaborate with Avicii, the EDM (electronic dance music) star, for potentially her 13th (damn, gurrl), studio album.

She told the world this news via Instagram last night, with a photo of her looking as insanely in-shape as ever in black fishnets and a caption that read, "Doing some house work after 4 hours of sleep which is why i cant spell! On my way to the studio to work with Avicii! #clean." (Not sure what the intended takeaway here is — Madge is super-clean or a heads up for this collaboration?) He also was clearly in the studio, as he tweeted "Studiomode!" last night.

She had recently hinted at having a "top-secret" guest on her upcoming album, so this is likely it. The two have previously collaborated, as Avicii remixed her single "Girl Gone Wild" off of her 2012 album, MDNA.

There's no word on whether or not she'll be releasing another studio album; this could very well be a collaboration for Avicii's next album, as she made a guest appearance with him two years ago for the Ultra Music Festival. He's also having a moment; "Wake Me Up" hit number four on Billboard's Chart's this year (and was the ubiquitous sound of spin class endurance runs everywhere — or, uh, at least mine).

I could use a new Madonna song! Even though MDNA received lukewarm reviews, ya gotta give her credit for keeping up with the changing music industry and for having such a strong instinct for pop music. And those ARMS. I'm jealous. (But side note: this Instagram photo. She dresses up in fishnets to clean the house? Oookay.)

And you can watch Avicii and Madonna's collaboration at The Ultra Music Festival in 2012 right over here: