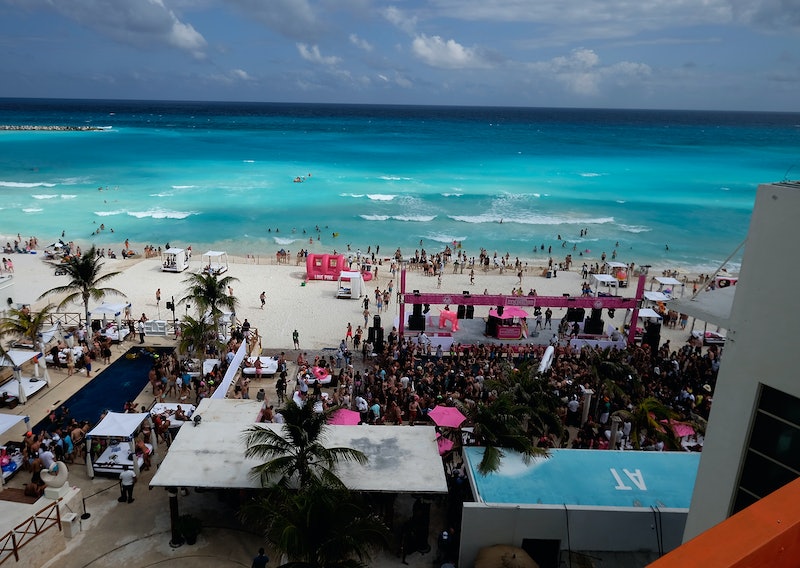 After the winter most of us have had, traditional spring break spots such as Cancun, Cabo, and Florida sound appealing ... in theory. But do the all-you-can-eat-all-you-can-drink, college-student-stuffed resorts really offer the most unique spring break— or bang-for-your-buck — vacation? Methinks not. Especially once you're not in college anymore.

Instead of packing yourself sardine-style into one of those played-out spots, consider spending a springtime vacation, like the almost grownup you are, in one of these awesome cities instead. The best part? All of these spots are college-cheap.

A few hundred miles north of South Padre you can find another spring break destination — and a whole different experience of Texas. In recent years Austin has become an epicenter of the American indie music scene, as well as magnet for young tech startup types. Factor in UT-Austin’s mammoth student population, and you have the perfect formula for a killer spring break: trendy bars and live music aplenty.

Where To Eat: Salt Lick

Where To Sleep: Firehouse Lounge and Hostel

Where To Party: Barbarella

South Padre Island is close in spirit to traditional spring break spots like Cancun and Panama City Beach, but it doesn’t get the attention it deserves. A Fire-Island-esque barrier beach in the Gulf of Mexico, South Padre offers sweet lodging deals, tons of bars and restaurants, and a packed concert and party schedule.

Where To Eat: Tequila Sunset

Where To Sleep: Hilton Garden Inn

Where To Party: Club Pelican West

On the cheap score: 9

Portland may not offer the warm temperatures that send most spring breakers south of the Mason-Dixon line, but for nature-lovers and fanatics of all things indie, it can be heaven. All of the city’s areas are worth exploring, but the Northwest neighborhood (the most singles-friendly), and downtown Southwest Portland (a college-friendly spot) are good places to start. For a hiking expedition, consider some of the trails around Columbia Gorge or Mt. Hood.

Where To Eat: Suki’s Bar & Grill

Where To Sleep: Hawthorne Portland Hostel

Where To Party: Kelly’s Olympian

On the cheap score: 8

I know you’re out there, you closet country music lovers. Have no shame. Nashville’s packed spring break itinerary is perfect for music lovers; as well as anyone who appreciates a mix of history and contemporary nightlife. In addition to world-famous music venues — the Grand Ole Opry is a must-see — the city also has some seriously cool watering holes, like the literary-inspired Bar 308, or the Greenhouse Bar, which is literally a greenhouse that’s been turned into a bar. If you’re more of an outdoors type, head to Treetop Adventure Park, which has zip lines, suspended bridges, and something called a “Tarzan jump.”

Where To Eat: Arnold's Country Kitchen

Where To Sleep: Nashville Downtown Hostel

Where To Party: Red Door Salon

On the cheap score: 7

Boulder’s budding beer scene (there are 25 breweries in the county) and spectacular natural setting make it a great low-cost alternative to more expensive tropical spring break trips. Check out some of the city’s microbreweries, such as Boulder Beer or Redstone Meadery, or take a short drive to the small mountain village of Nederland. Those drawn to Colorado because of its stance on marijuana won’t be disappointed: The city also boasts more than a dozen dispensaries.

Where To Sleep: Boulder Outlook

Where To Party: Boulder Beer

On the cheap score: 6

If you’re crazy enough to take freezing temperatures and snow over the beach, then a week of skiing in Killington, Vermont is the perfect spring break for you. In addition to the city’s famously sweet slopes — Killington Resort has seven mountains and more than 200 trails — the city’s also home to a range of bars, restaurants, and breweries.

Where To Eat: Moguls

Where To Sleep: Killington Resort

Where To Party: Pickle Barrel

On the cheap score: 5

Where To Eat: Amos Mosquito’s

Where To Sleep: Caribbe Inn

Where To Party: Tackle Box Taven

On the cheap score: 4

If you want an even bigger dose of Southern charm, head to Charleston, South Carolina. A gem of Southern culture and history, the city offers an active nightlife, an increasingly young population, and affordable prices for entertainment and lodgings. In the highly-walkable downtown neighborhood you’ll find unique shopping options and art galleries in addition to a variety of bars and restaurants. And if you still want to get tanning-time in, beaches are only a short drive away.

Where To Eat: Henry’s Bar and Restaurant

Where To Sleep: NotSo Hostel

Where To Party: Purple Tree Lounge

On the cheap score: 3

A favorite vacation spot for Southerners, Biloxi’s low-key beach atmosphere and low low prices will entice anyone who’s looking to relax instead of rage.

Where To Eat: Shaggy’s

Where To Party: Mugshots

On the cheap score: 2

Amid Savannah’s Old South architecture and sleepy-making Spanish elms, there’s a burgeoning nightlife scene that makes the city a unique and affordable spring break destination. Tap into the city’s beer scene at the famous World of Beer, which boasts a brew list of 500, or head to The Jinx, which Connect Savannah named the city’s best live music venue. If you’re looking for a cheap place to crash, consider Savannah Pensione, an 1894 mansion-turned-hostel where you can reserve a bed for as low as $23 per night.

Where To Sleep: Savannah Pensione

Where To Party: World of Beer

On the cheap score: 1

More like this
Expert-Approved Hacks For Packing A Carry On
By Jessica Goodman
Your Daily Horoscope For August 15, 2022
By Mecca Woods
Dunkin’s Pumpkin Spice Latte Is Officially Back This Week
By Mia Mercado
25 Things I've Reduced My Life To, In Addition To WFH In My PJs
By Ginny Hogan
Get Even More From Bustle — Sign Up For The Newsletter