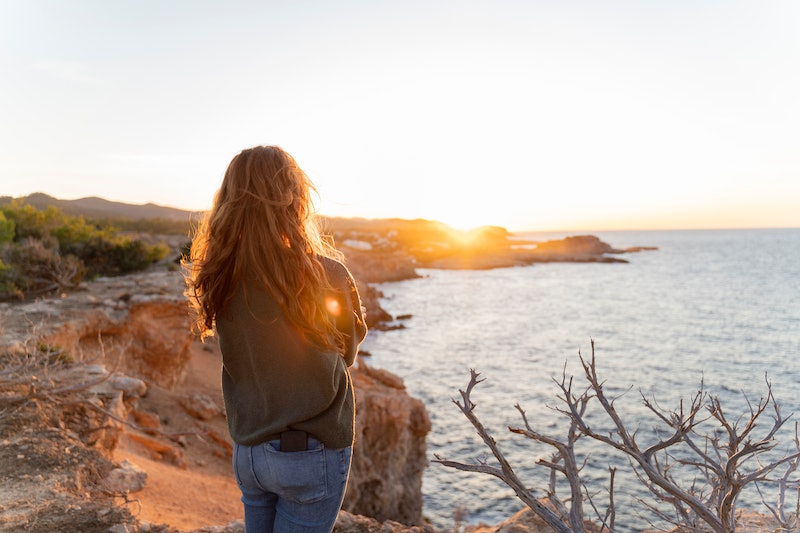 Anxiety disorders have a pretty interesting reputation: they're often seen as the territory of the highly-strung, over-wrought, or severely traumatized. The reality is, of course, vastly different. The National Institute of Mental Health estimates that a whopping 18.1 percent of the adult American population has some kind of anxiety disorder, from obsessive-compulsive disorder (OCD) to a phobia to panic disorders. In a situation where nearly a fifth of all adults have some kind of anxiety difficulty, you'd think we'd all know how to deal with it in an elegant, nuanced way. But, unfortunately, myths and misconceptions about anxiety persist, and sufferers sometimes don't get quite the treatment they should.

One of the key things to remember about anxiety disorders in general is that there isn't a one-size-fits-all cure; some work well with medication, others require intense therapy, but treatment in general is individual rather than universal. If one person you know has an anxiety issue, recommending their particular methods to another person isn't necessarily going to be very helpful. Leave it to the experts.

Here are seven things that people get wrong about anxiety disorders, from misconceptions about "sensitivity" to whether they need to just "face their fears".

1. That It's Just Over-Sensitivity

"Being sensitive" isn't really the issue at hand with people suffering from anxiety. As with depression, public perceptions of anxiety disorders tend to center around the idea of a "normal" emotion amped up to 11; everyday anxiety about paying the bills or doing well at a test, for instance, but in overblown forms. But this isn't accurate, and drives the misconception that we can deal with anxiety disorders in the same way we can with average, run-of-the-mill worrying.

It's not fair to assume that people with anxiety disorders are simply built to be "over-sensitive" or "exaggerate;" in some cases, the Anxiety and Depression Association of America argues, anxiety appears to stem from unstable environments or seriously traumatic events, particularly in the cases of generalized anxiety disorder and PTSD. Many different things seem to contribute to the development of anxiety disorders, from genetics to family background, but a "thin skin" isn't one of them.

2. That It Only Has One Form

Anxiety disorders are some of the most diverse in psychology; phobias, generalized anxiety disorder, OCD, specific behavioral problems like agoraphobia, and post-traumatic stress disorder are all categorized under the one umbrella. All of these are based around the reactions of the body and brain to perceived "threats," the so-called "fight or flight reaction" that is triggered in the anxious brain in response to things that other people wouldn't necessarily classify as treacherous; but how this reaction manifests and what people do to deal with it differs hugely between disorders.

Obsessive-compulsive disorder, for instance, involves the use of repetitive rituals and behaviors to "control" or negate perceived threats, from germs to dirt to less realistic fears. When you compare this to generalized anxiety disorder, which is a constant "free-floating" level of chronic anxiety which never disappears, you can see the sheer variety of anxiety disorders across the entire spectrum.

3. That You Can Get Through It By "Just Calming Down"

Wouldn't this be lovely? But the Huffington Post points out, in its discussion of things you should never say to a person with an anxiety disorder (unless you want to get punched), that telling a sufferer to "calm down" is basically the opposite of helpful. They can't "calm down," no matter how much they want to; their mechanism for arousal and threat has been activated, and they're attempting to deal with it as best they can, but normal measures for soothing worry are not going to work. "Taking a deep breath" is one of the few pieces of advice that might actually be helpful; deep breathing is often recommended as a method to help anxiety symptoms in people with generalized anxiety disorder, though it's less helpful in more specialized situations.

4. That Being A Worrywart Isn't Really A Problem

This is one of the misconceptions specifically targeted by the Anxiety and Depression Association: that being neurotic or a "worrywart" is just an aspect of life for some people, and that anxious people shouldn't concern themselves too much with treatment. There is, as they point out, a significant difference between a tendency to fuss over whether your children have enough layers on and paralyzing anxiety that makes you want to avoid stepping outside at all. Some people are just natural worriers, but anxiety disorder sufferers are not included in this "normal," safe category; their anxiety is overwhelming, causes genuine physical consequences, and prevents normal functioning. It's also not exactly easy on their bodies; Harvard Health points out that anxiety disorders have been linked to everything from cardiovascular stress to respiratory conditions.

This is one of the more interesting misconceptions about anxiety disorders: that every sufferer is likely to fall into a panic attack and hyperventilate at any moment. Part of this is likely down to media portrayals, in which seeing somebody breathe frantically into a paper bag is, rather like somebody washing their hands constantly, seen as an effective way of summarizing a more complex set of disorders. But it's not actually accurate.

Panic attacks aren't a given in many kinds of anxiety disorders; and interestingly enough, it's actually recommended that people who suffer from them don't carry paper bags around, as they may just amplify already-extant anxiety. Hyperventilation is not actually deadly, so don't be worried that a person suffering from one is going to die. Encourage them to hold their breath, or to jog while breathing in and out of their nose.

6. That You Should Just "Man Up" And Face What Panics You

There are actually two different misconceptions about phobias (specific, intense and irrational fears): that people should just face what upsets them, or should make things easier for themselves by permanently avoiding it. Neither is actually psychologically recommended. We can understand why throwing somebody into deep water when they're intensely petrified of it is a cruel, upsetting idea; but permanent avoidance isn't a good idea either, because it can cause significant problems for somebody's everyday life.

Recommended treatments for phobia are usually structured around progressive exposure: they're gradually given more and more of the thing that terrifies them, raising their "limit" until they're slowly able to cope with it in normal doses. But this needs to be done in professional scenarios; don't start doing progressive exposure with a phobic friend without the proper training.

7. That Reassurance Is Always A Good Way To Help

The interesting thing about anxiety disorders is that giving sufferers reassurance can sometimes be a bad thing. The OCD Center of Los Angeles explains: "To put it in clinical terms, when an [OCD] individual seeks reassurance, they reinforce that they are unable to tolerate the discomfort of the uncertainty they are experiencing. At the same time, they reinforce that the best way to alleviate the discomfort of that uncertainty is to compulsively seek reassurance." It starts a pattern; the anxiety sufferer says things like "tell me again things will be OK" or "are you sure we did XYZ," somebody responds with "Yes," the cycle starts again.

It's what Psychology Today calls a "safety-seeking behavior," and it will end up biting both you and the anxiety sufferer in the butt, because it won't fix anything and will just create an unresolvable loop. Gently guiding them towards therapy is a better option to help them feel relief more permanently.